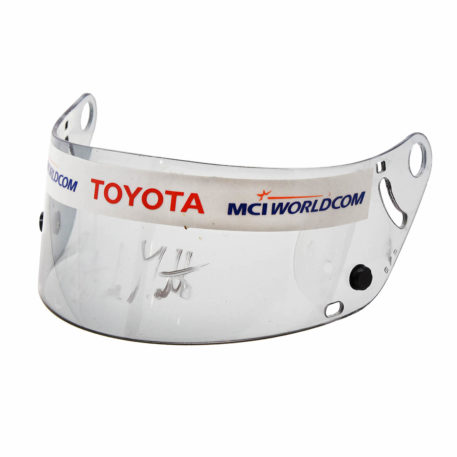 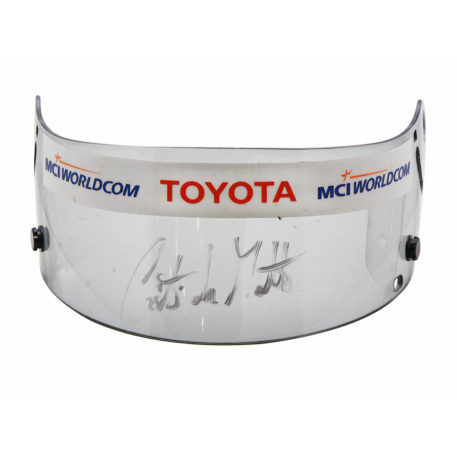 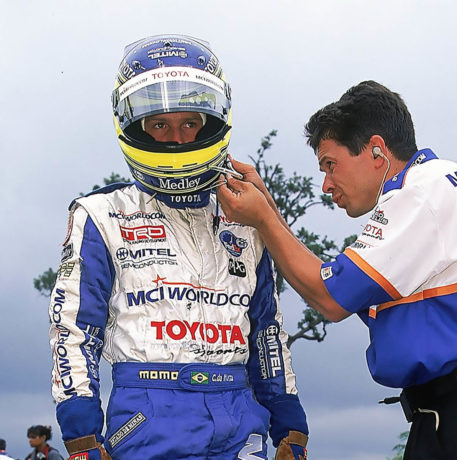 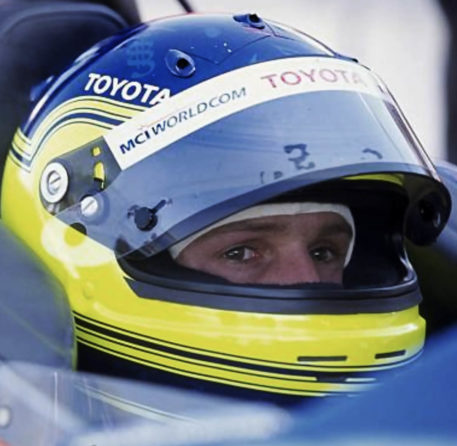 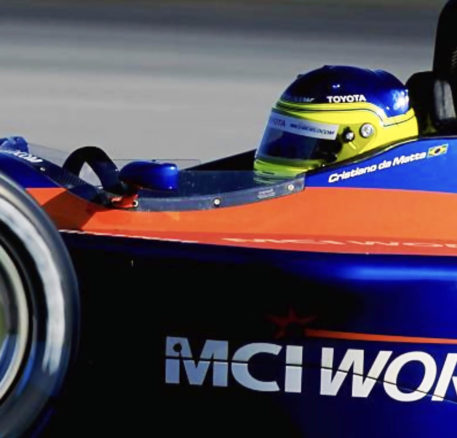 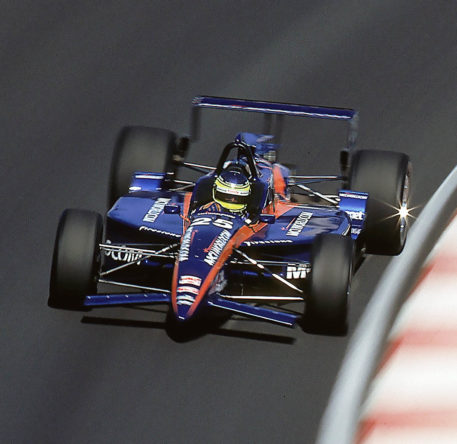 Race-used visor worn by Brazilian driver and former 2002 CART FedEx Championship Series Champion Cristiano da Matta. The visor was used during the 1999 CART IndyCar season, which was da Matta’s first season in the series, and where he drove for the Arciero-Wells Racing Team.

This light tinted visor has the team’s engine supplier and major team sponsor, Toyota and MCI, branding logos on the sun strip, and is personally signed in black marker pen by Cristiano da Matta.

The visor comes with a full Certificate of Authenticity.