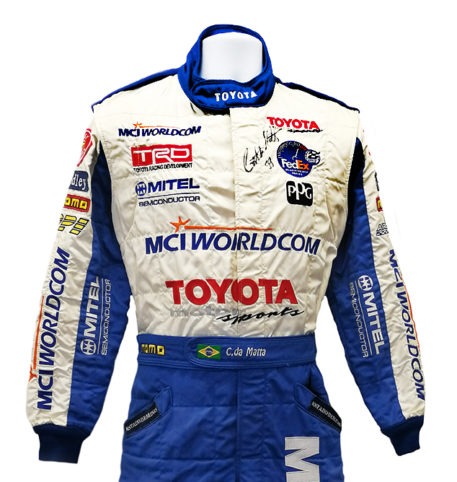 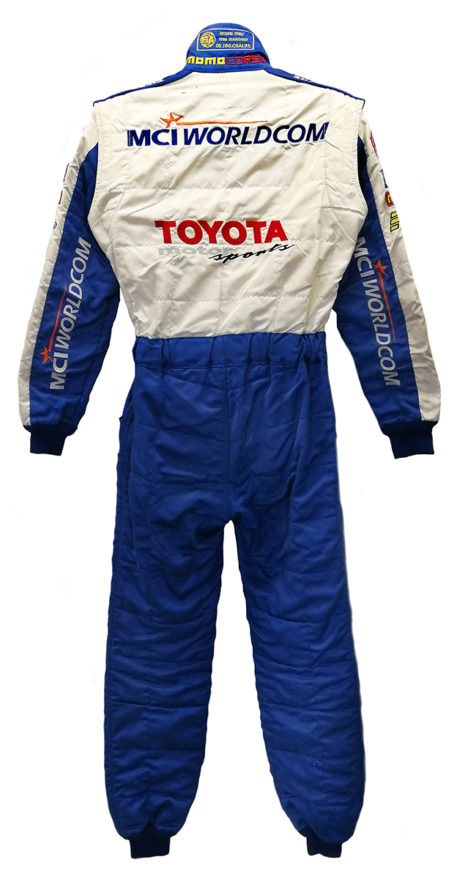 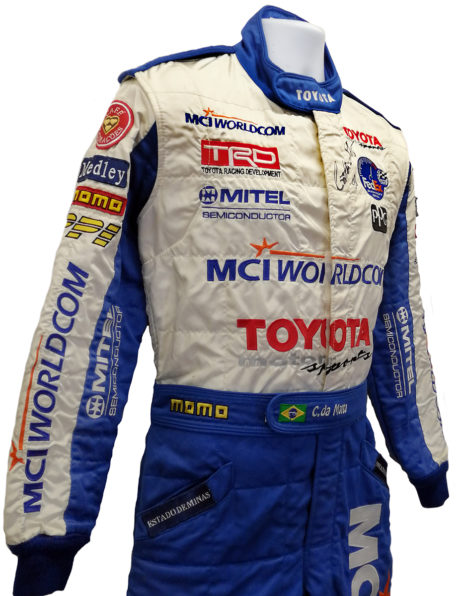 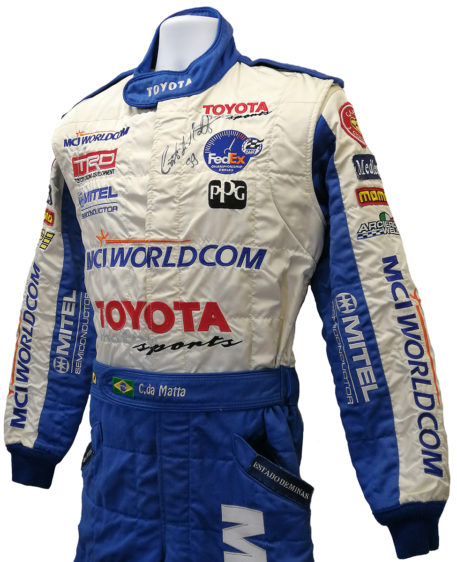 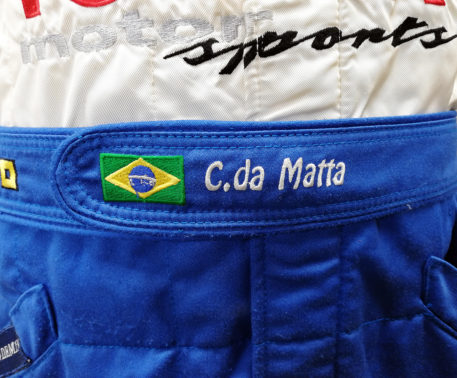 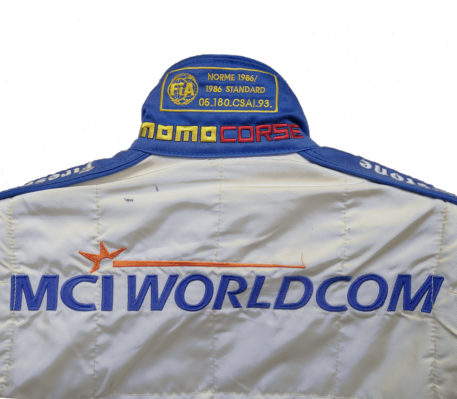 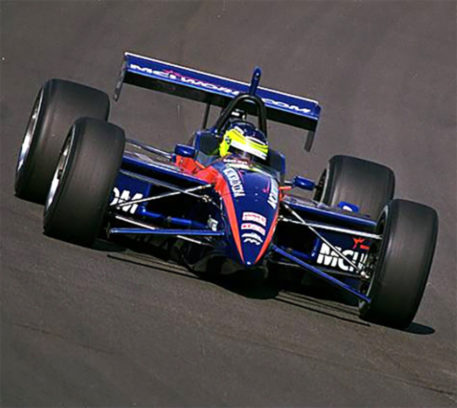 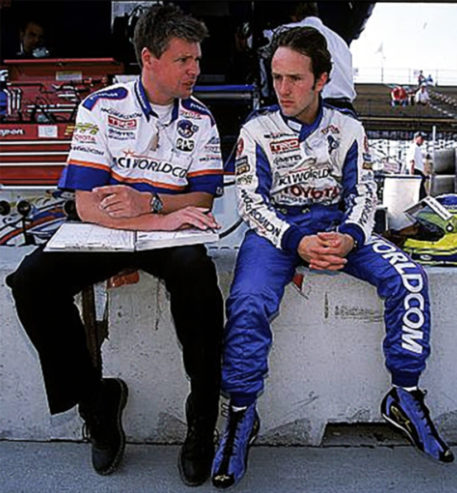 Suit used by the former Indy Lights and CART IndyCar Champion Cristiano da Matta. This Momo suit was used by da Matta in his first season in the 1999 FedEx CART Championship while driving for the Arciero-Wells Racing Team.
The suit has a white torso with blue legs, collar, shoulder pulls and halved blue and white sleeves. The teams major sponsor MCI Worldcom features prominently on the suit with their logo applied to the arms, left leg and front and back. The teams engine supplier Toyota is also embroidered to the front and back of the suit. There are other sponsor brandings applied to the chest and arms that include FedEx, Mitel, Medley.
The suit also comes personally signed by Cristiano da Matta.