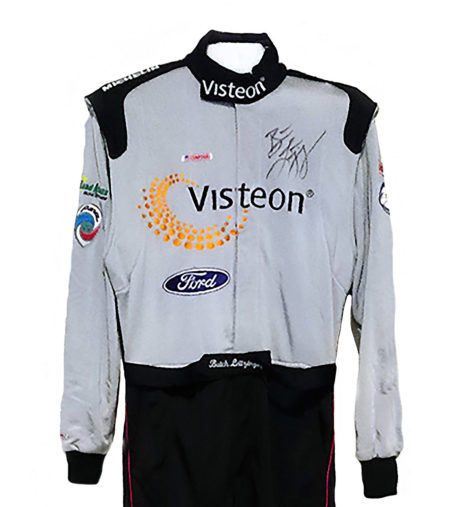 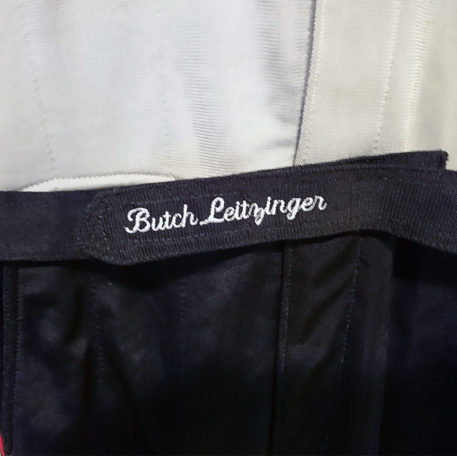 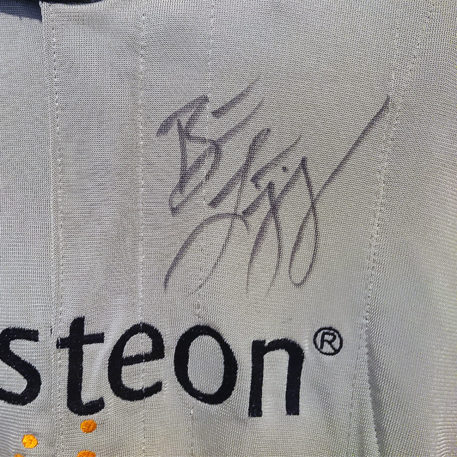 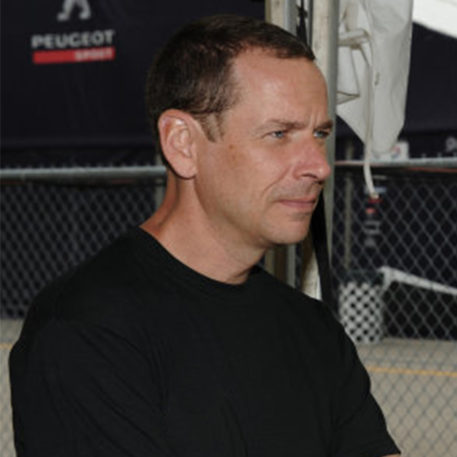 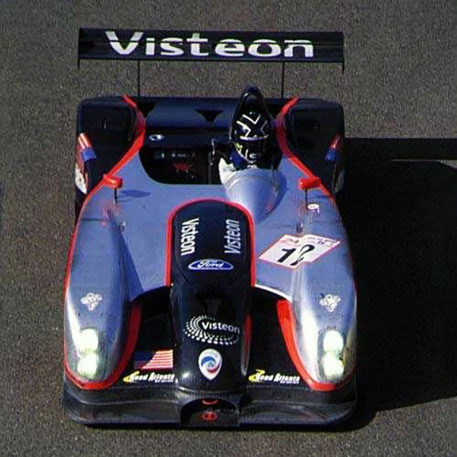 This Simpson Racing Products suit was used by Leitzinger while driving a Ford-powered Panoz LMP-1 Roadster-S. Along with co-drivers David Brabham, Eric Bernard, and Andy Wallace, the ‘quartet’ competed together in the 1999 American Le Mans Series 1000 Mile race at Road Atlanta.

The suit has a silver upper body with black legs. It has the Panoz team’s major sponsor ‘Visteon’ logos embroidered on the front, back and neck. There are Panoz, Ford and Road Atlanta logo patches also added to the suit.

The suit is also personally signed by Butch Leitzinger and comes with a full Certificate Of Authenticity. 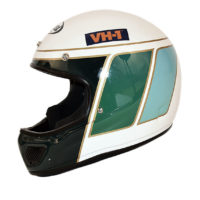