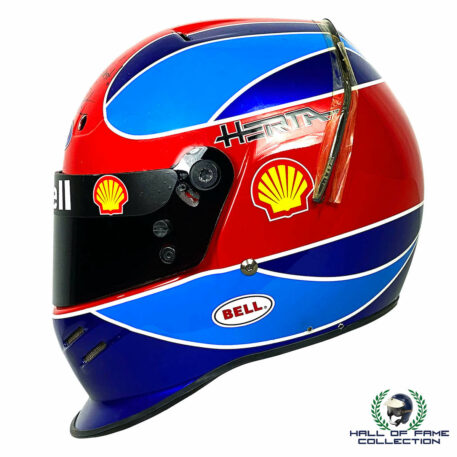 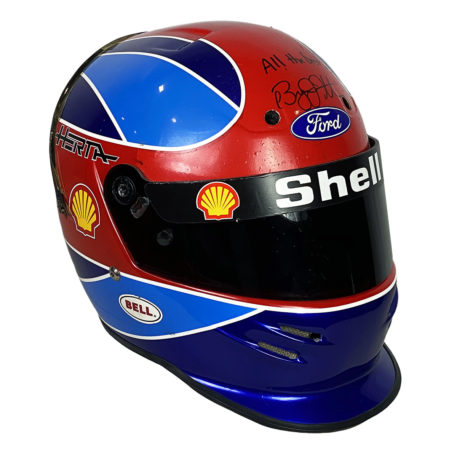 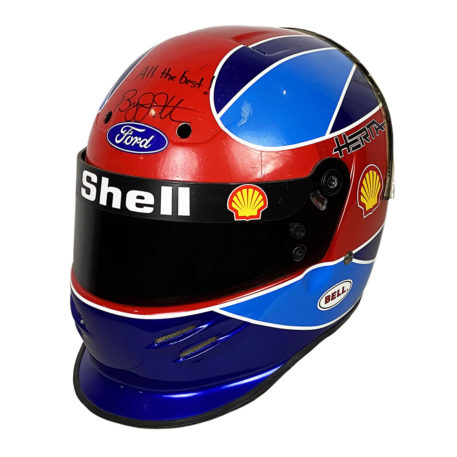 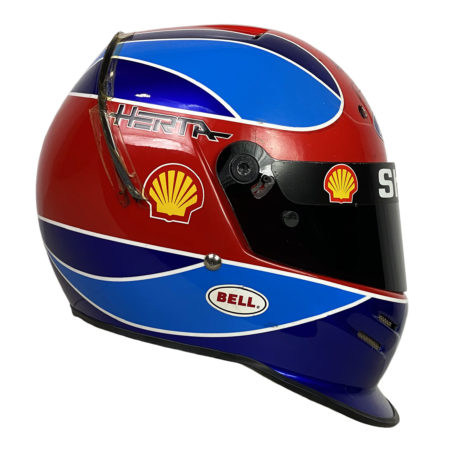 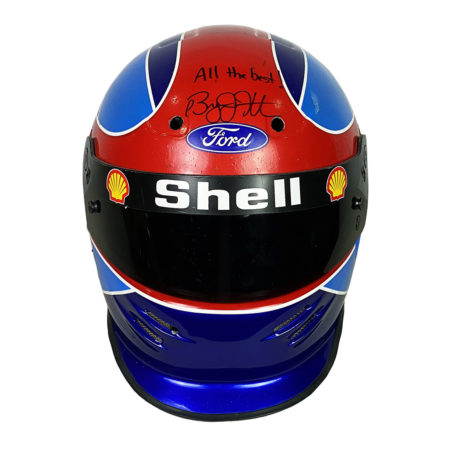 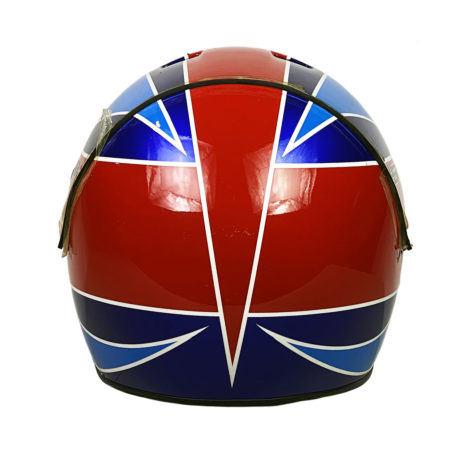 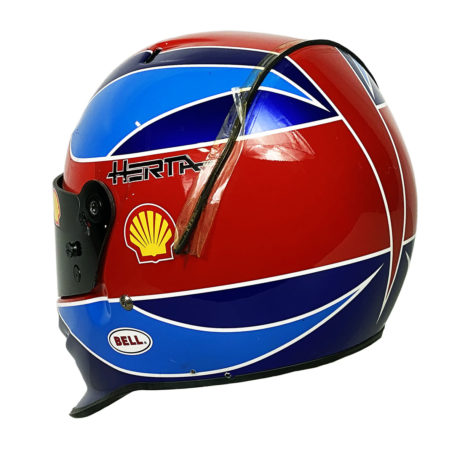 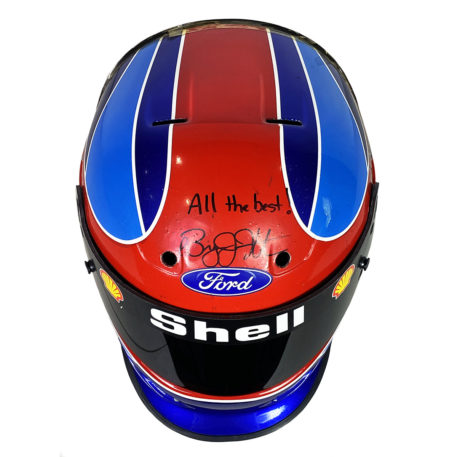 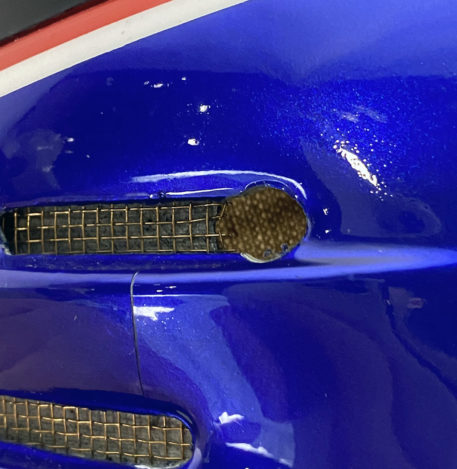 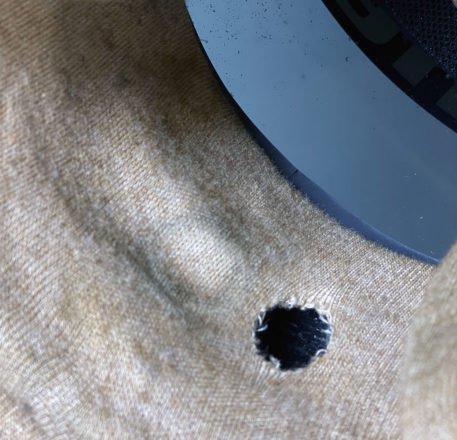 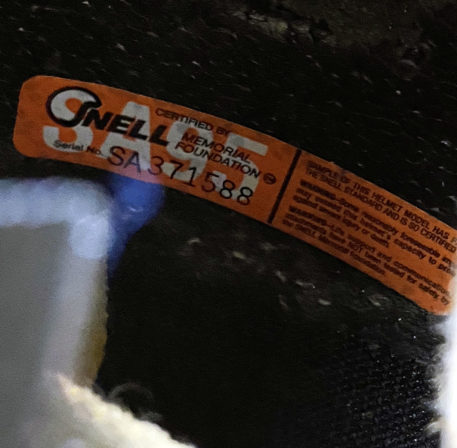 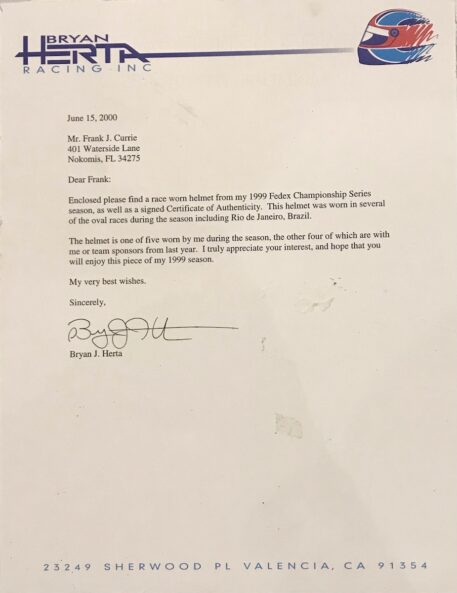 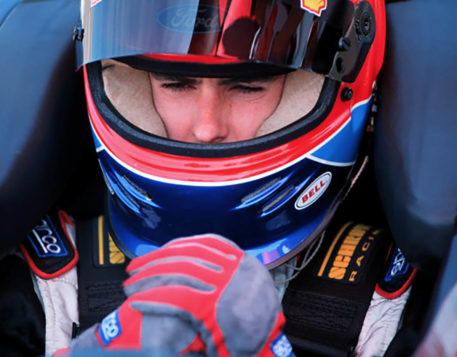 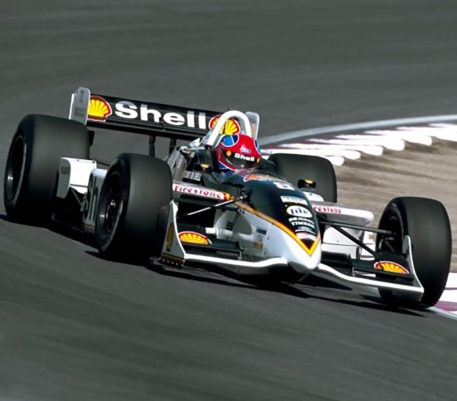 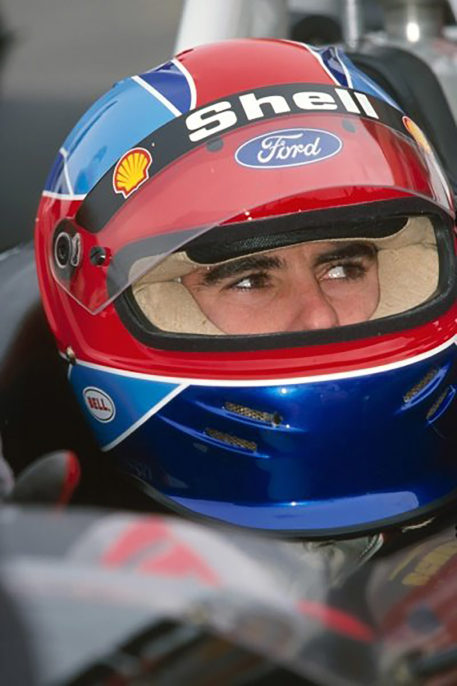 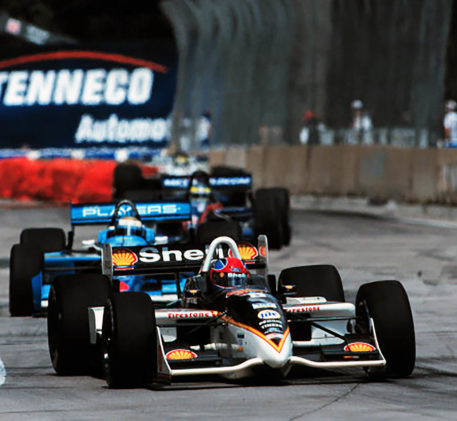 Rare Bell Fuelling II Helmet worn by former IndyCar star and now team owner Bryan Herta. The American driver would use this helmet during the 1999 CART IndyCar season while driving for Team Rahal. It is documented as being used at many of the oval speedway tracks scheduled during the season. It was also photo-matched (see pictures) being used at the Cleveland Grand Prix. Piloting a 99 Reynard Ford, Herta would have four top-five finishes during the season, including a win at the Honda Grand Prix of Monterey at the Laguna Seca Raceway. Since retiring from competitive racing in 2008 Herta has become a successful team owner with teams in Indy Lights, Rallycross, and foremost in IndyCar, where his team has recorded two Indy 500 victories. Herta is also the father of rising young IndyCar star & driver Colton Herta.

This fabulous looking helmet has Herta’s graphic design that consists of a white-edged red band that runs around the middle of the helmet and returns over its top and narrows to a pointed end at the back of the helmet. Under this, and to either side, are white-edged light blue moon shapes. This all overlays a metallic dark blue base color. The helmet has all the signs of use with the usual race chips and marks. It also has a drink tube hole drilled into one of the visor’s right side vents and the interior shows signs of where the race radio was once located. Its visor has a Shell Oils sun strip and above this, on the front of the helmet, there’s a Ford oval decal applied between the top vent holes. Bryan Herta has personally signed the helmet just above the Ford decal and added an ‘All the best’ dedication.

The helmet not only comes with a Certificate Of Authenticity from the Hall Of Fame Collection, but it also comes with a letter and certificate (see pictures) directly from Herta Racing that was presented to the helmet’s previous owner.