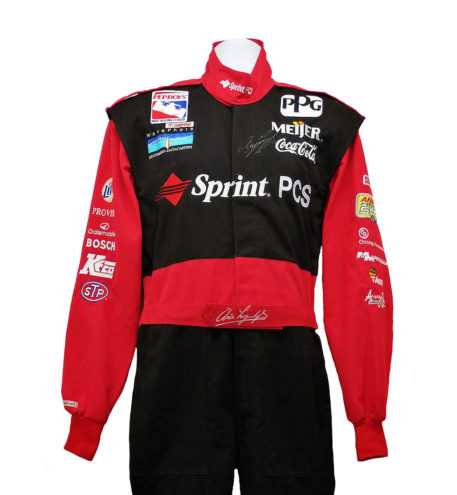 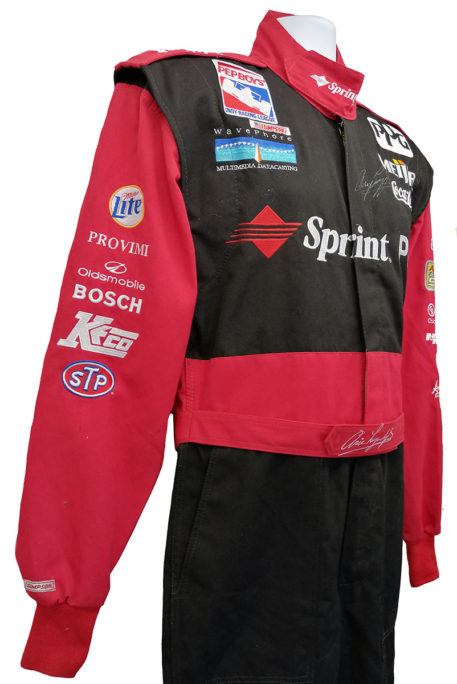 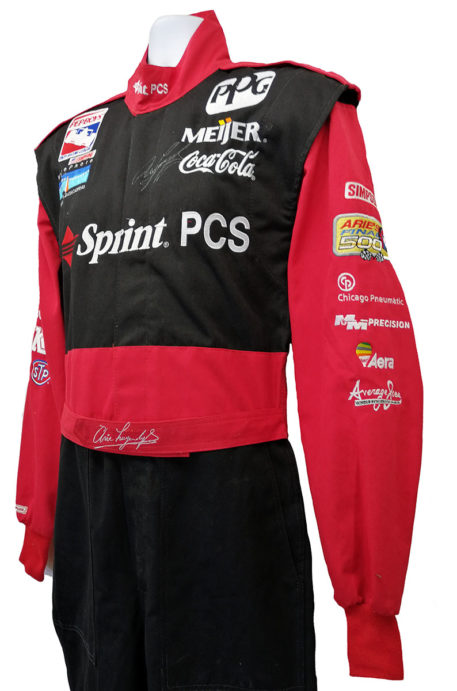 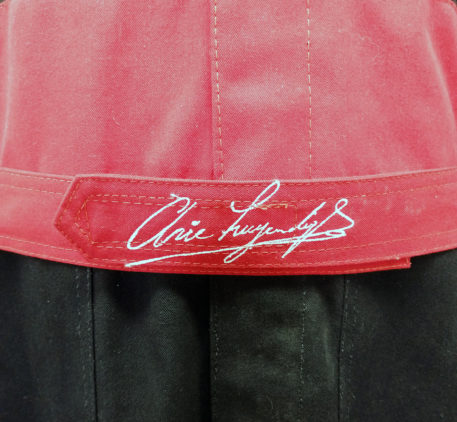 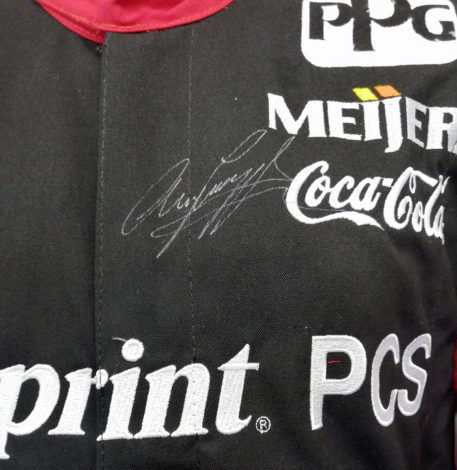 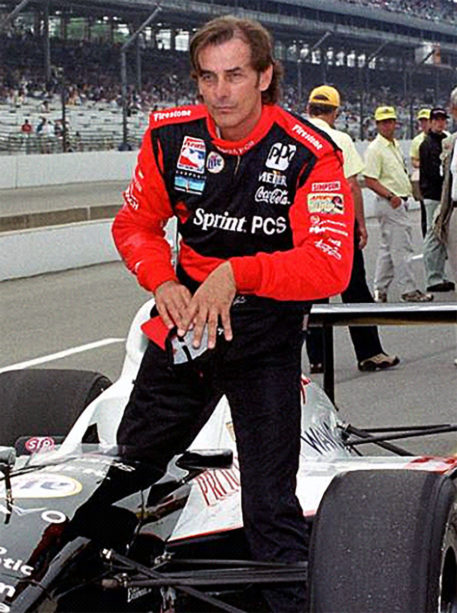 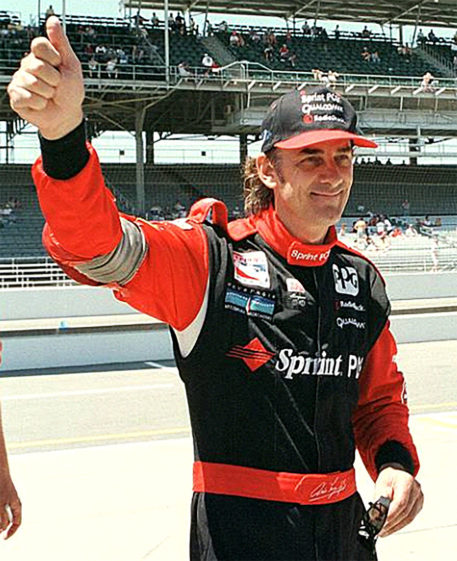 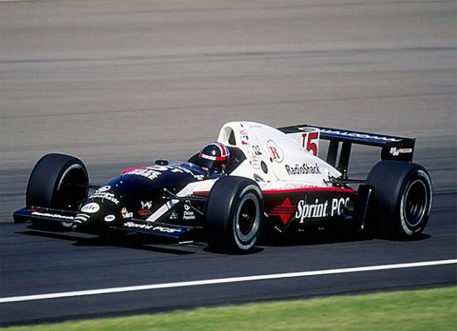 Simpson suit worn by “The Flying Dutchman” Arie Luyendyk. The winner of the 1990 and 1997 Indy 500 Arie used this suit for media and photoshoot engagements in his lead up to what was announced (at the time) to be his final Indy 500 in 1999 and retirement from racing. Luyendyk, however, did return to race in the 2001 and 2002 Indy 500.

The suit is a replica of one Luyendyk wore while driving a Treadway Racing G-Force car in the race. Please note, this is a media suit only and not a race suit. It does not have the internal flame retardant materials required for use in race situations.

The red & black suit has all of the same markings as the original race suit. Main team sponsor Sprint PCS lettering and logo appear on both front and back of the suit, as well as Meijer Supermarket branding on the back. It also has many other sponsor/suppliers branding on both arms and chest including Provimi, Coca Cola and Keco to name just a few. The waist belt has a Luyendyk’s signature embroidered onto it.

Arie Luyendyk has personally signed the suit on the left chest in silver sharpie. The suit also comes with a Certificate Of Authenticity.

This would be a great addition to any collection and comes in at a fraction of the price of an original Arie Luyendyk race worn suit.