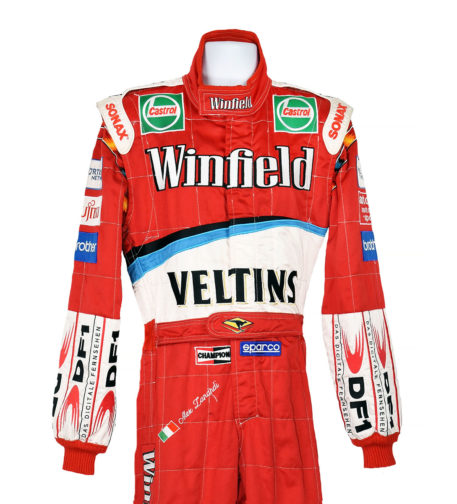 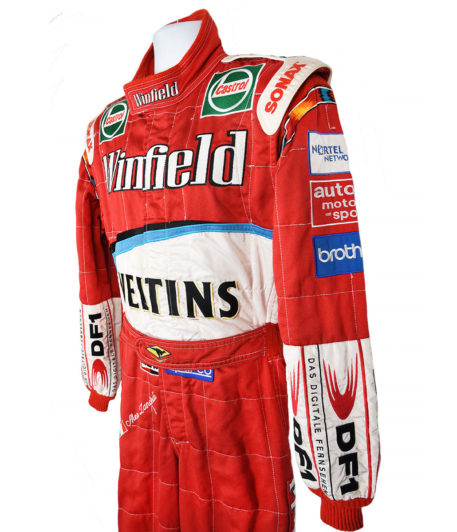 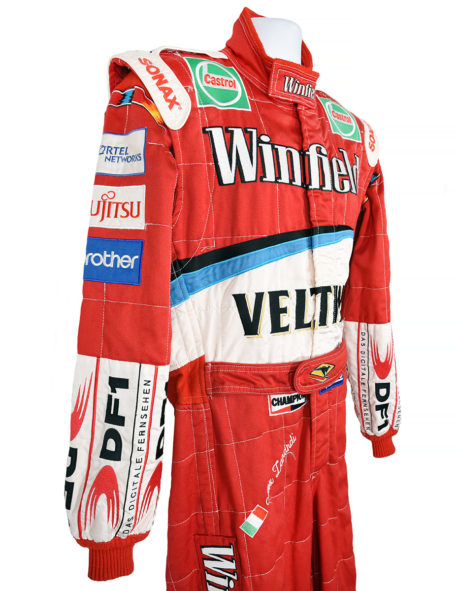 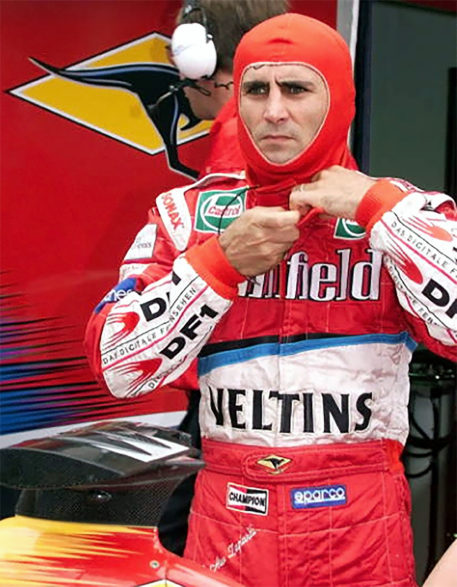 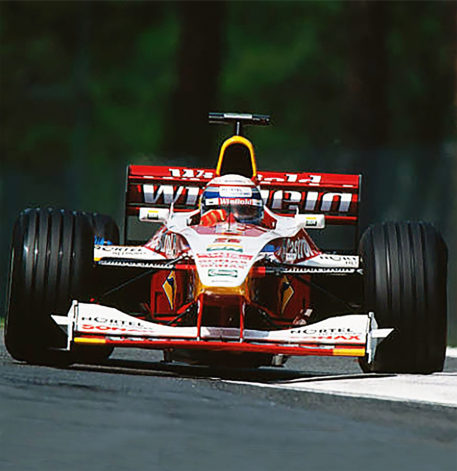 A Winfield Williams race-used suit worn by the popular Italian driver Alex Zanardi in his one and only season driving for the Williams team in 1999. After four years in F1 in the early 90s, Zanardi headed to the USA to compete in the CART IndyCar Championship, winning two championships in 1997/98. This success caught the eye of Sir Frank Williams and Zanardi was offered the drive in the Williams team’s  FW21 machine. Zanardi struggled all season with reliability issues and handling characteristics of the grooved-tire F1 car and failed to score a point. This saw Zanardi and Williams parting company and the end of the season.

The Italian headed back to CART with Mo Nunn Racing. Tragically while leading a race in Germany, Zanardi was involved in a life-threatening accident which resulted in him losing both legs. His racing story though was far from over as he came back to compete and win again in Touring Car racing before excelling in the new sport of hand cycling. Zanardi captured Gold Medals in both the World Championships and the Olympics Games, making him one of the most inspirational sportsmen of all time.

This striking red suit was used extensively by Zanardi and has a wide white band around its torso that has smaller blue and black widening bands to the top. This band has the Veltins sponsorship lettering within it on both the front and back. The team’s major sponsor Winfield Cigarette brand lettering is positioned above the band (both front and back) and on both legs. The arms have white forearms that have encircling DF1 logos. There are other sponsors/supplier logo patches applied to the suit that include Castrol, Brother, and Nortel. Zanardi’s name and national flag is embroidered to the top of the right leg.