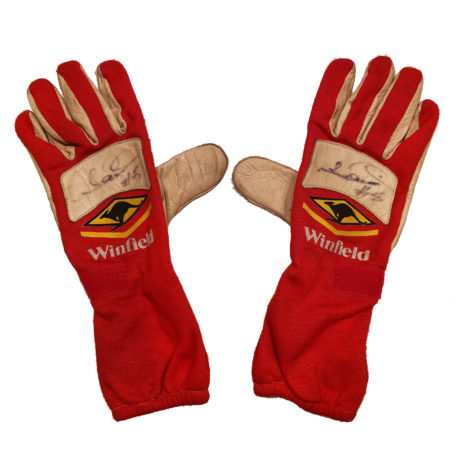 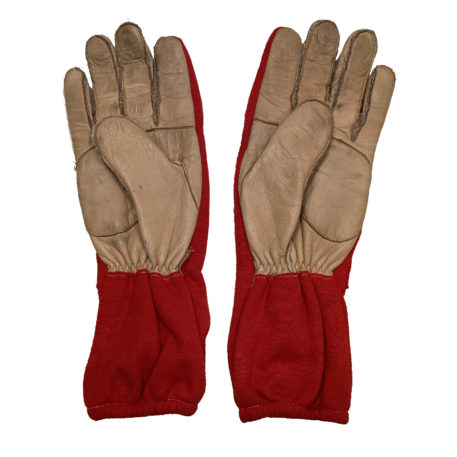 Pair of race-used gloves worn by Italian driver Alex Zanardi while driving in his one and only season for the Winfield Williams F1 Team, during the 1999 Formula 1 season.  Zanardi had just come off two back-to-back CART IndyCar championship-winning seasons. He joined Williams as the team changed engine supplier and, unfortunately, the Supertec power plants proved unreliable, making it a tough season for both the team and their drivers.

These red gloves have the Winfield Williams logo on the back of both gloves. The palms, knuckles and thumbs have beige leather protection. Alex Zanardi has personally signed both gloves on the leather knuckle panels. Zanardi has also added his #5 race number.

The gloves will come with a full Certificate Of Authenticity.