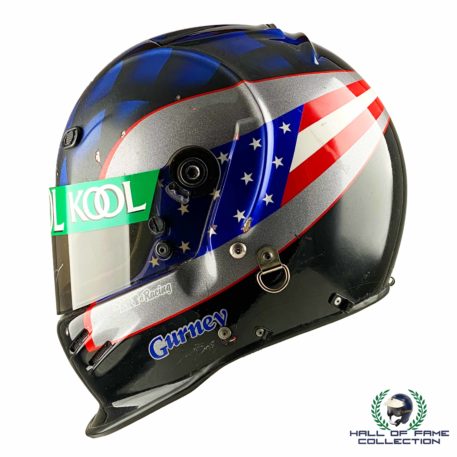 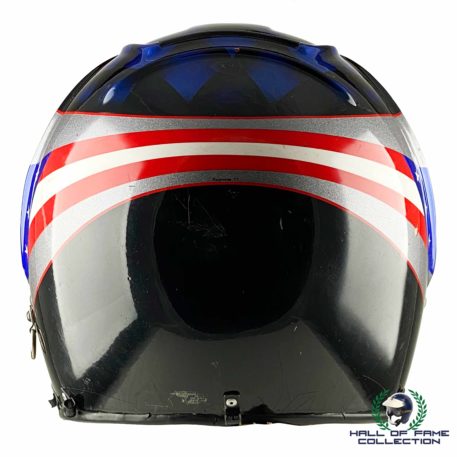 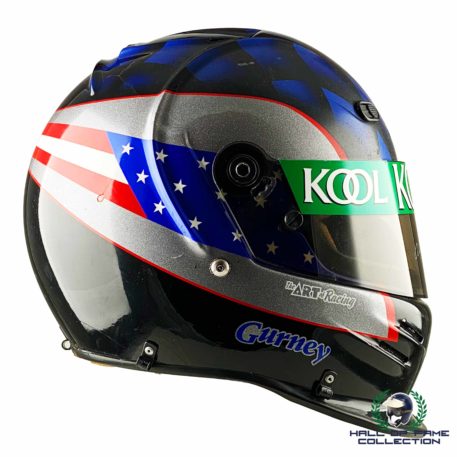 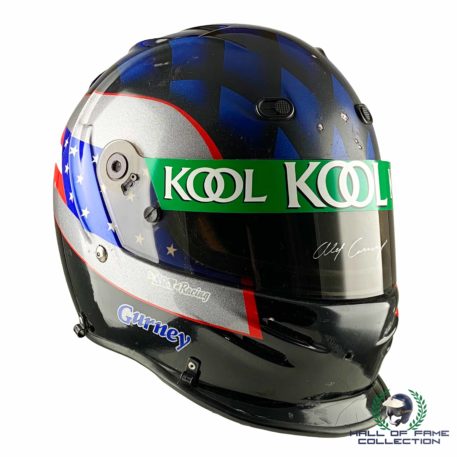 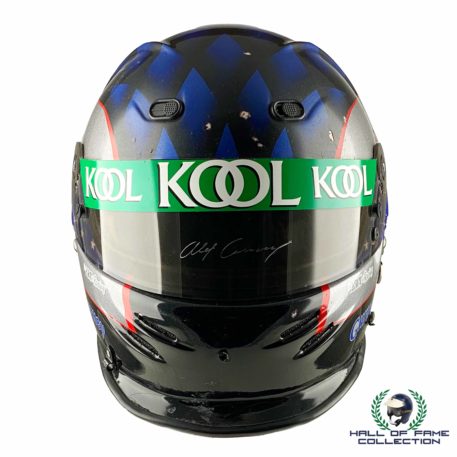 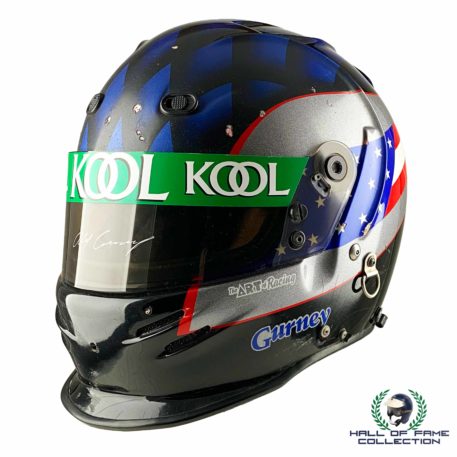 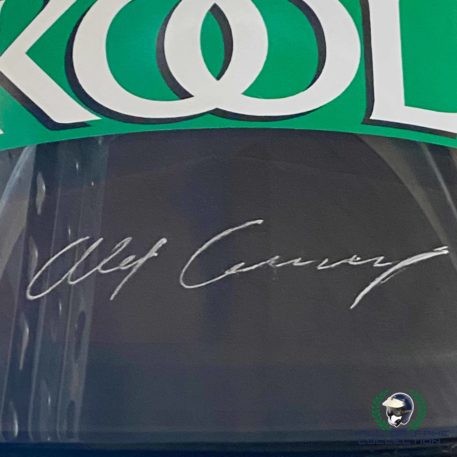 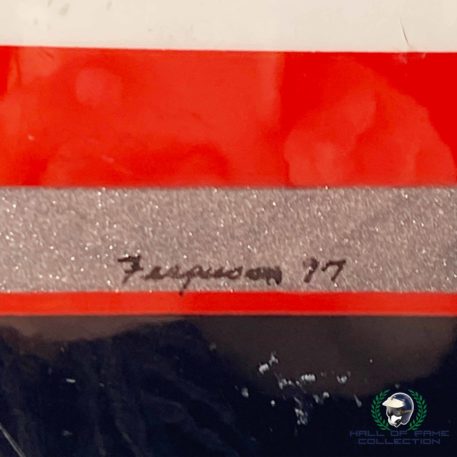 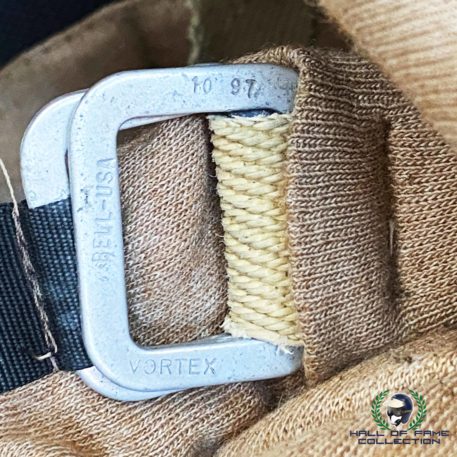 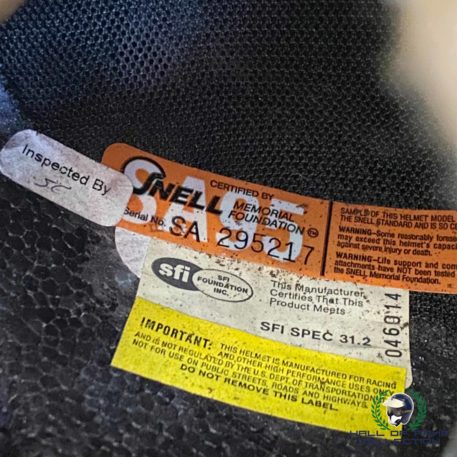 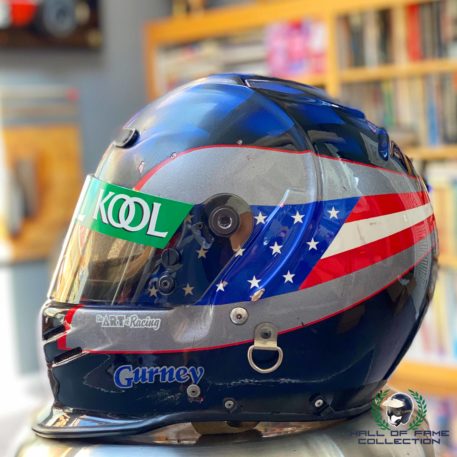 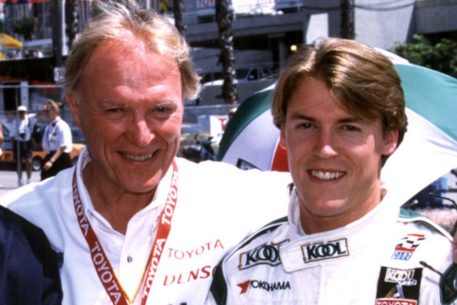 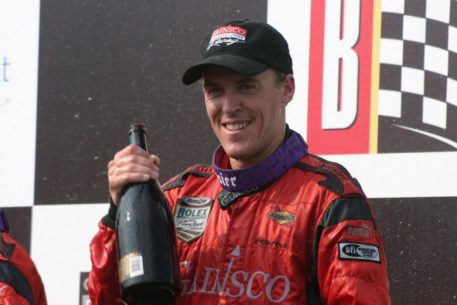 This helmet was used by Alex Gurney while racing for Team Kool Green during the 1999 Atlantic series.

The youngest son of racing legend Dan Gurney, Alex started his career later in life, racing first in the Barber Series at the ripe old age of 24. He then moved up to the Atlantic Championship for 3 years, and finally found his groove in the Rolex Series driving for GAINSCO/Bob Stallings in the Prototype class. Gurney was the Champion in that class in 2007, was runner up in 2008 and Champion once again in 2009.

Alex Gurney would also act in the part of his father Dan for the movie Ford v Ferrari.

This helmet was originally painted in 1997 so its also likely Gurney used it over a couple of years during his junior series career.