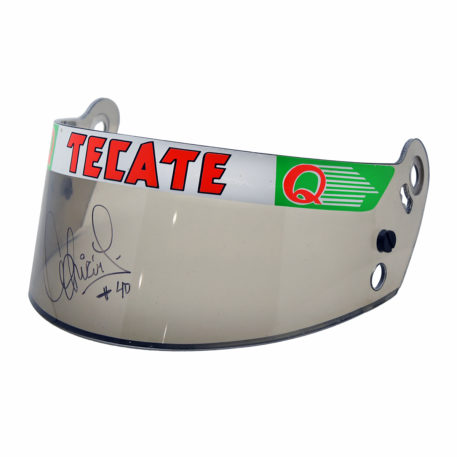 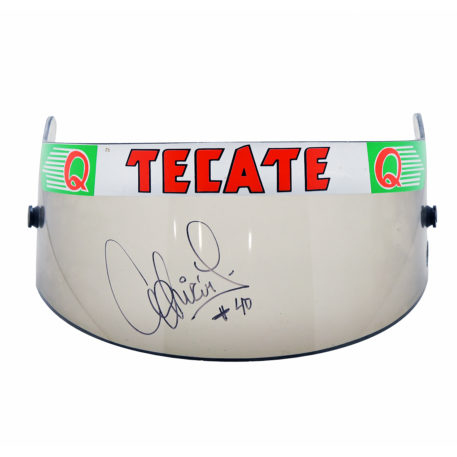 Race-used visor worn by the very popular Mexican driver Adrián Fernández during the 1999 CART Indycar season. Fernández, behind the wheel of the Patrick Racing Tecate/Quaker State Reynard, was having his most successful season to date that season. He led the points series early in the season for the first time in his CART career. Unfortunately, an accident in Detroit resulted in a fracture in one of his hands, forcing him to sit out for several races. However, he had victories at the Firestone Firehawk 500 in Motegi, Japan, and at the Marlboro 500 in Fontana, California, as well as many other top-five finishes that saw him claim 6th place in the championship.

This tinted visor has a Tecate/Quaker State sun strip applied to it and is personally signed in black marker pen by Adrián Fernández, who has also added his race #40