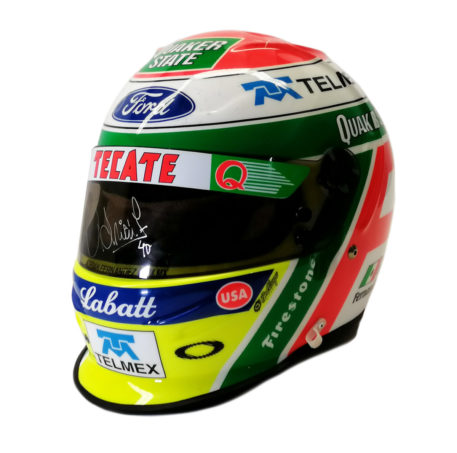 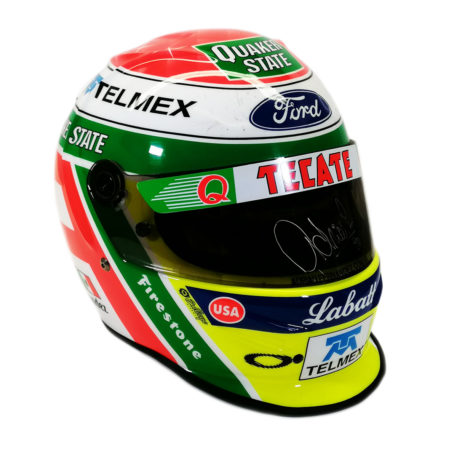 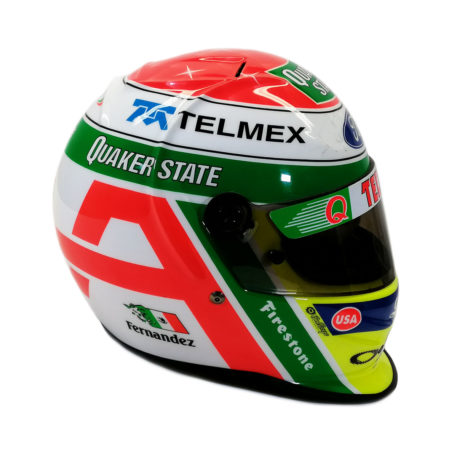 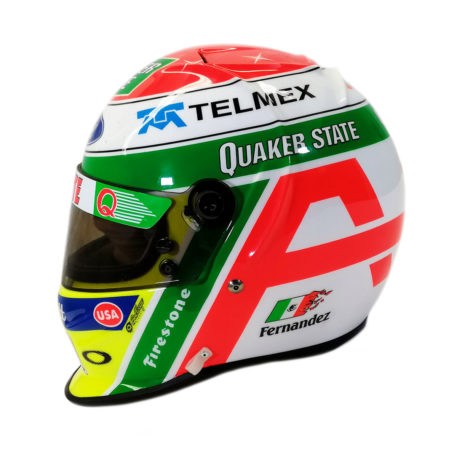 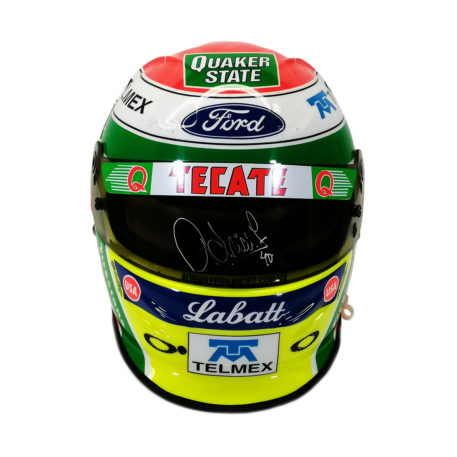 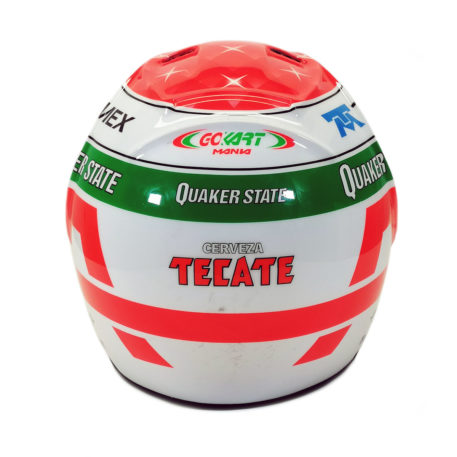 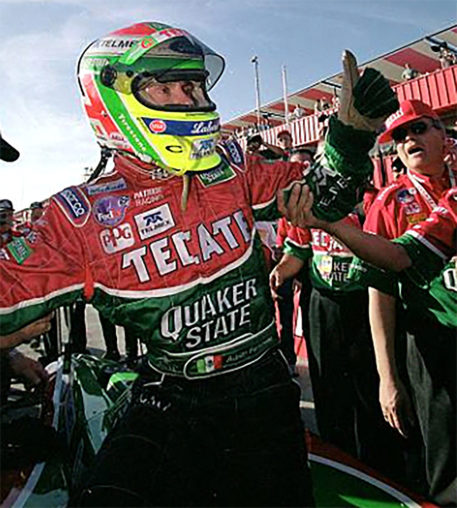 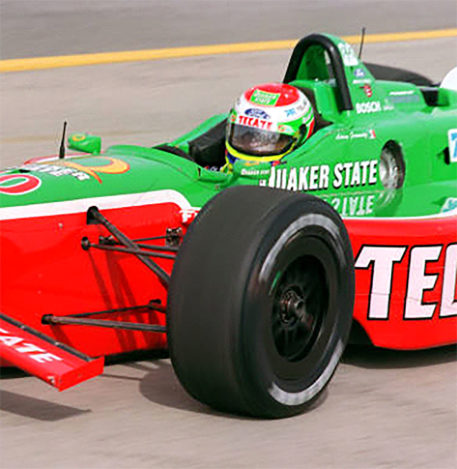 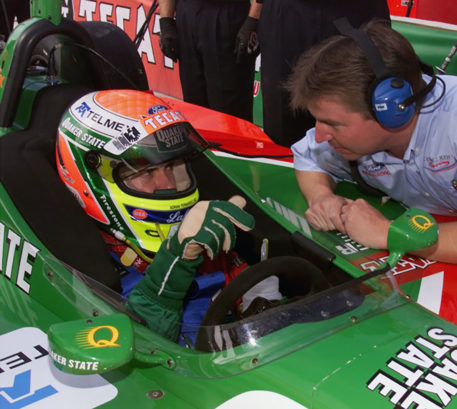 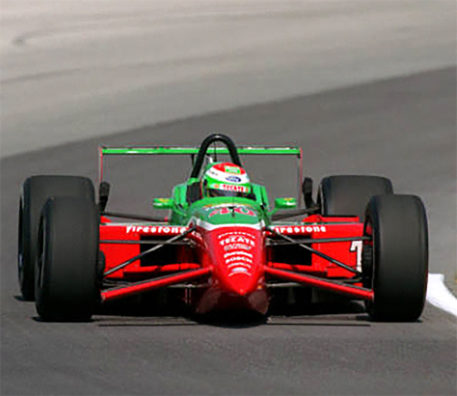 Race used helmet worn by Mexican driver Adrián Fernández during the 1999 CART IndyCar Series. This was his second year driving for the Pat Patrick Racing Team, driving Reynard and Swift cars. He chalked up nine top five finishes including two wins at Motegi and Fontana.

The helmet shows race use and is in the red, white and green colors of Mexico. On either side there’s a graphic letter ‘A’ initial that joins together around the helmets back. It has many sponsor decals applied to it including Quaker State, Telmex, Tecate and Labatt and has been personally signed by Adrian Fernández on the visor.