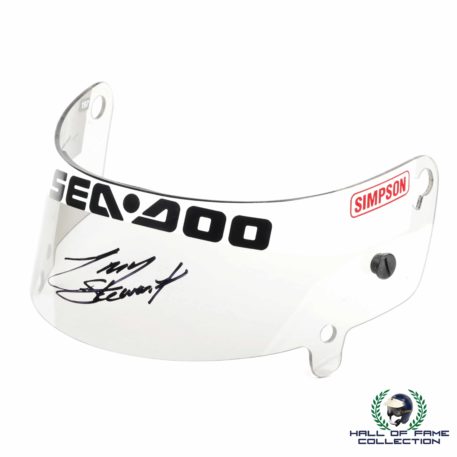 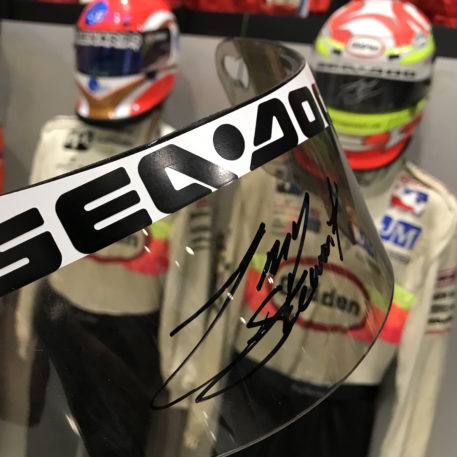 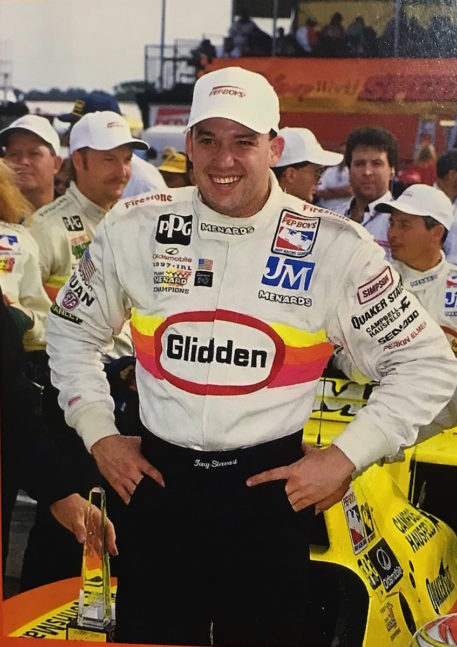 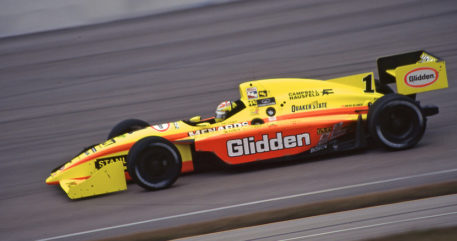 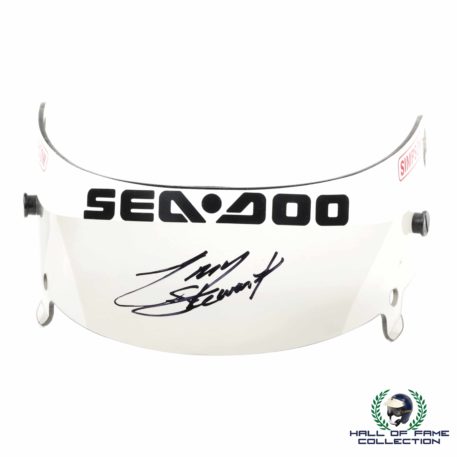 Stewart used this visor during the 1998 season and has signed the visor in black marker pen. In 1998 “Smoke”, won two races including event at the world famous Walt Disney World Speedway on route to a 3rd place Championship finish.