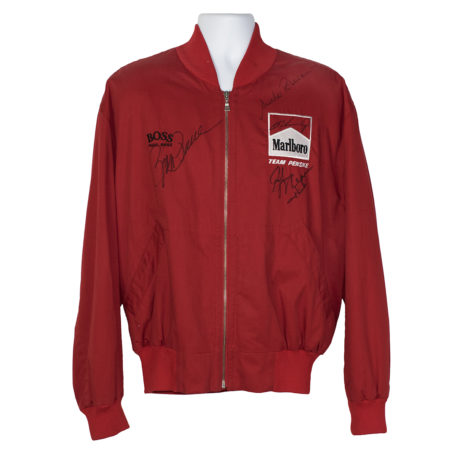 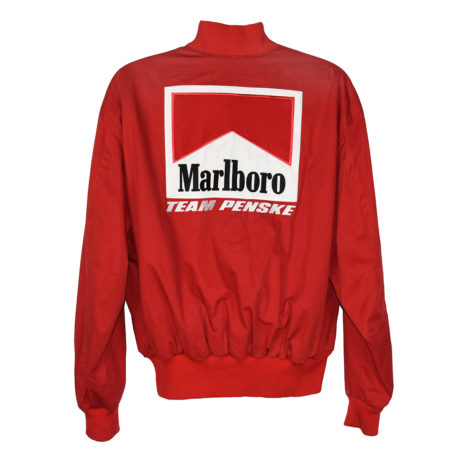 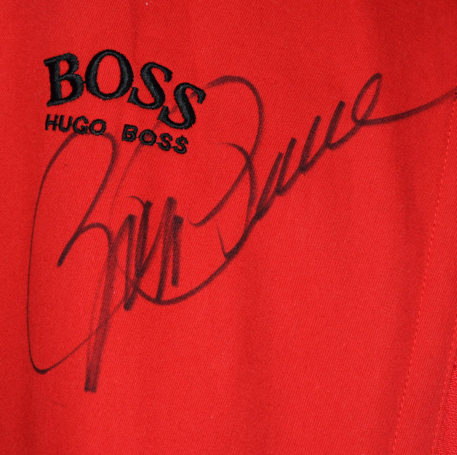 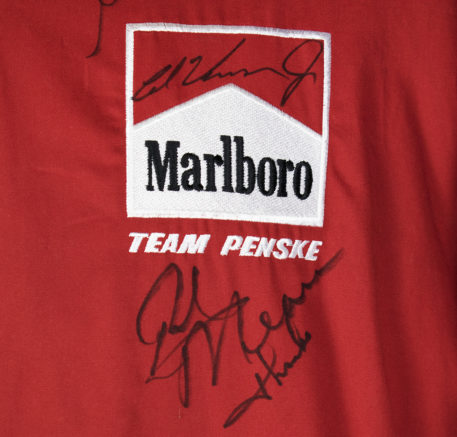 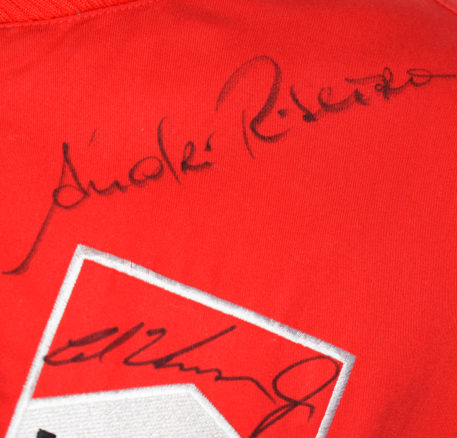 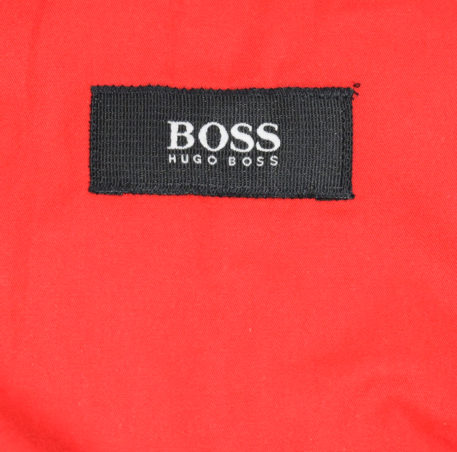 This fabulous official team issue Penske jacket has been personally signed by team owner Roger Penske, who is one of the most successful team owners in motorsport history. It also has the signature of three-times IndyCar Series Champion and four-times Indianapolis 500 Winner Rick Mears. Rick continues to work for the team as a consultant, driver coach, and team spotter. The other two signatures on the jacket are from the two drivers who drove for Team Penske during the 1998 CART IndyCar season, Al Unser Jr. and Andrea Ribeiro. Unser Jr. is also a two-time IndyCar Champion and a two-time Indy 500 winner.

This heavy cotton drill Hugo Boss Harrington-style jacket was team issue only and was not made available to the general public. It was issued to team members between 1996 and 2000. It’s in mint, like-new condition and was probably never worn, but is listed as used since it has been signed. The jacket has the famous Marlboro Tobacco chevron logo embroidered on the left chest, under which is ‘Team Penske’ lettering. Embroidered on the right chest is ‘Hugo’ and ‘Hugo Boss’ black lettering. The back of the jacket has a large Marlboro Tobacco chevron logo and ‘Team Penske’ lettering embroidered on it as well. The sleeve cuffs, collar, and hem of the jacket are made of elasticated knitted fabric. The lining is silk and it has a Hugo Boss heavy-duty zipper. As many know Hugo Boss chose materials of the finest quality for their products and are made to last.

Team owner Roger Penske can be seen wearing one of these jackets, talking to driver Al Unser Jr. in 1998 (see pictures).

The jacket is a size large and it comes with a Certificate Of Authenticity.