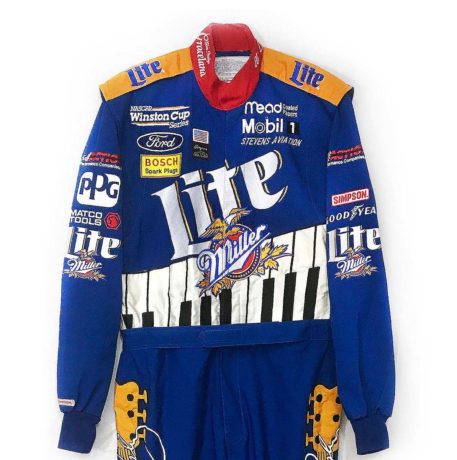 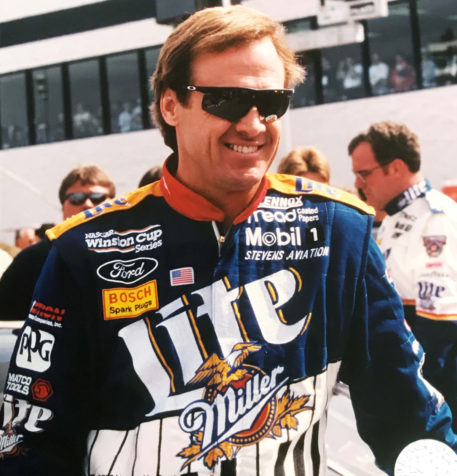 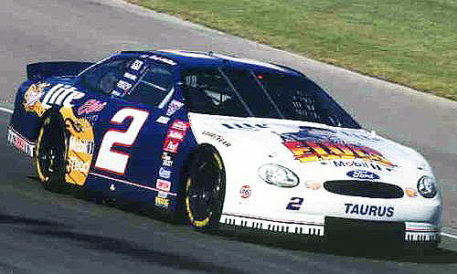 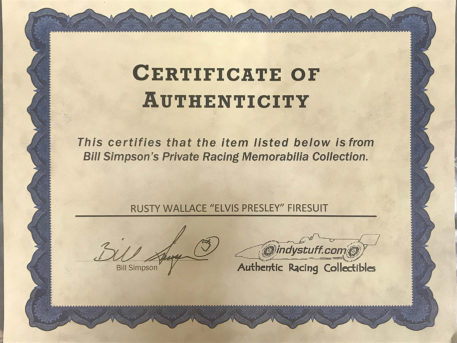 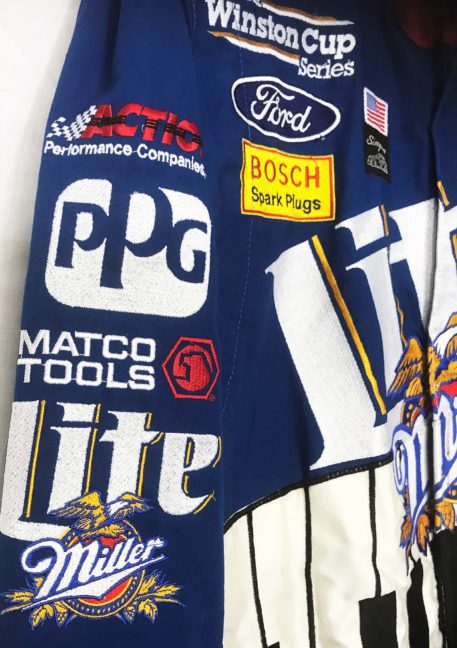 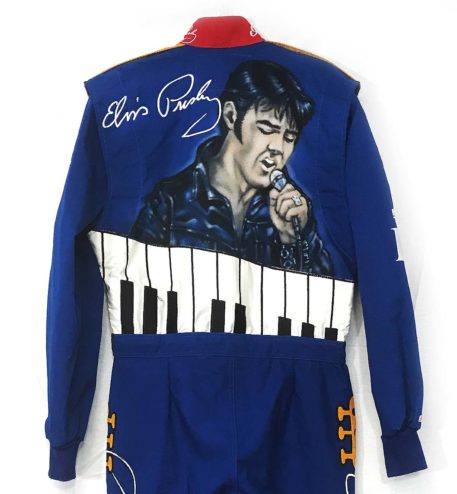 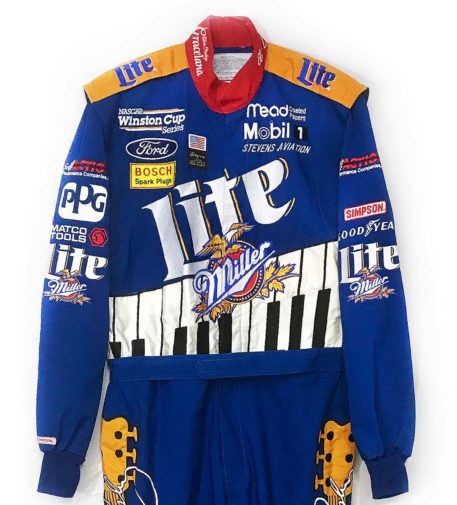 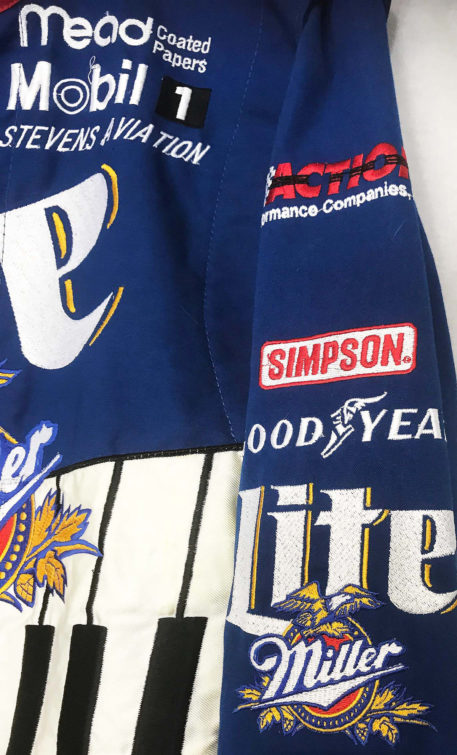 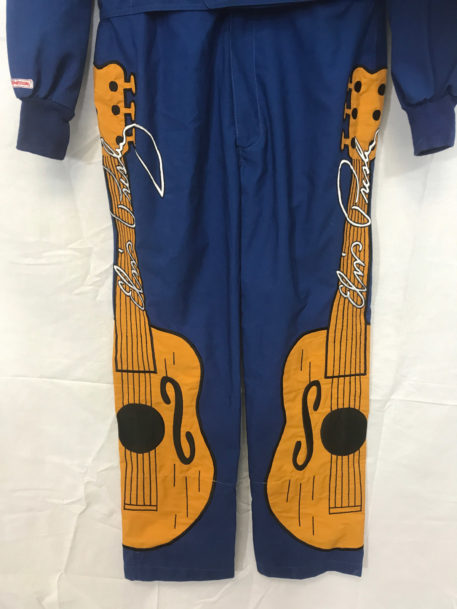 Promotional race suit from NASCAR legend Rusty Wallace made to match the Elvis Presley/Miller Lite livery on his Team Penske car. His Penske ran in these colors at the 1998 Las Vegas 400 which was also the inaugural running of a NASCAR Winston Cup Series race at Las Vegas Motor Speedway.

This fantastic suit is embroidered with piano keys and guitars as well as the Miller Brewery logos. It also has a great early image of Elvis Presley airbrush painted on the back of the suit, making it a truly awesome statement piece.

The suit comes with a hand-signed Certificate of Authenticity from suit manufacturer & owner Bill Simpson, as well as an official 8×10 photograph of Wallace.