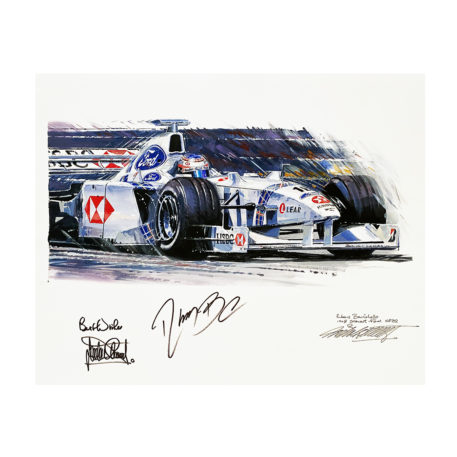 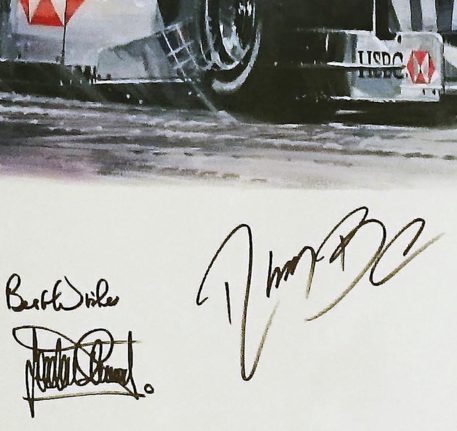 A 16 x 20 inch original Nicolas Watts acrylic on art paper image of Rubens Barrichello in his 1998 HSBC Stewart Ford. This was Barrichello’s second season with the team that was founded by three-time Formula One champion Jackie Stewart and his son Paul Stewart. In the three seasons the team competed in F1 Barrichello managed to score many top-five finishes, including a second and three third-place podiums.

This great depiction of Barrichello’s Ford Zetec-powered Stewart SF02 is in bright vibrant colors and is personally signed by Rubens Barrichello and team owner Jackie Stewart, as well as by celebrated motor sports artist Nicolas Watts.

A fantastic piece to hang in your collection.