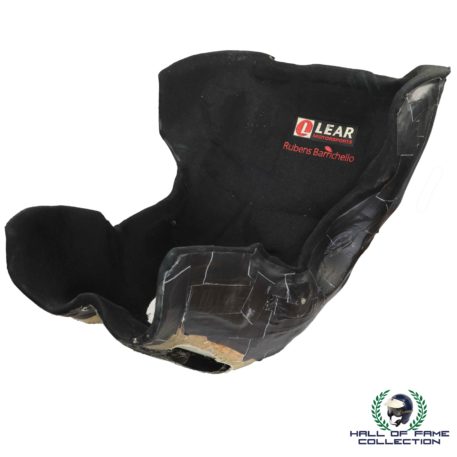 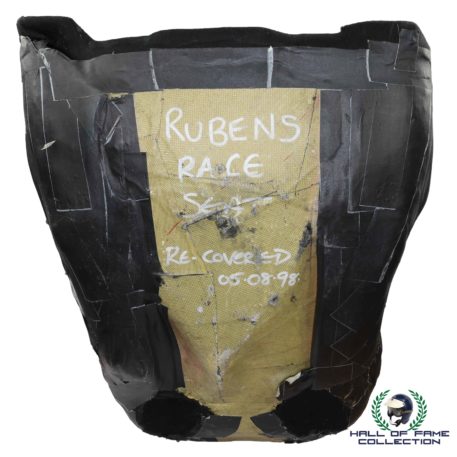 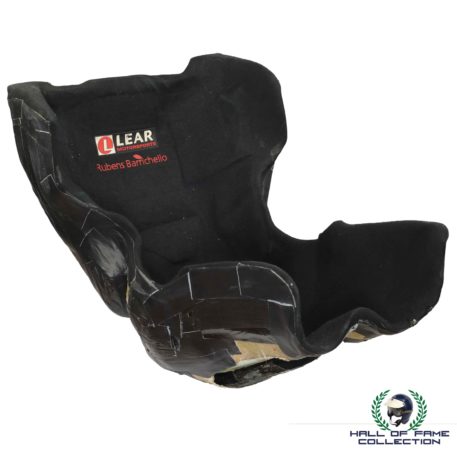 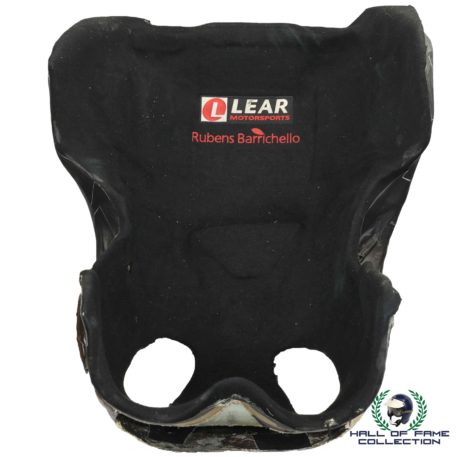 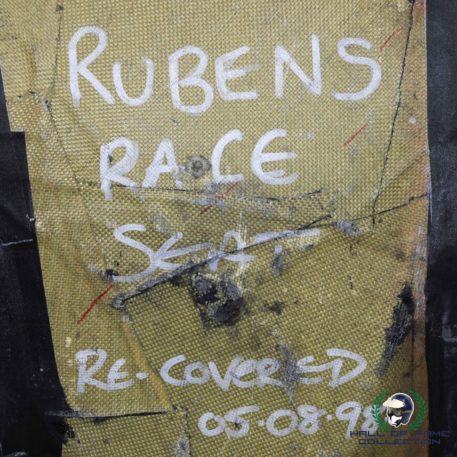 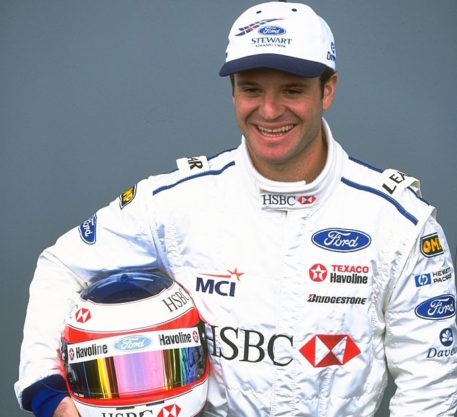 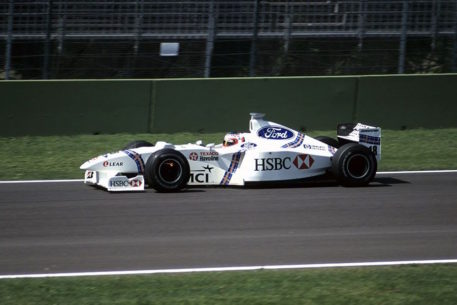 This is Rubens Barrichello’s seat from his 1998 season with Stewart Ford. Rubens did a 3 year stint with the team, and beat his teammates in all 3 years. This caught the eye of Ferrari’s Jean Todt who subsequently signed him to Ferrari. Barrichello raced 6 seasons there, seeing him take 2nd in the World Driver’s Championship twice. A feat he repeated later with the Brawn GP Team in 2009 scoring 2nd in the standings once again. Barrichello F1 career stands at 322 starts, 11 wins, 68 podiums, 14 poles positions and 17 fastest laps.

Ruben’s racing history continues to be written. While many of his generation are retired from racing, he is still racing actively to this day, and winning too!

F1 seats are made by taking a mold of the driver’s body. To make the mold, the driver suits up as he would for a race, gets in the car and sits on top of a bag of rapidly expanding foam, this sets and has the exact shape of the driver and car. The foam mold is then carved down to remove the excess, then 3D CAD scanned, and the data from that 3D model goes to the tooling block where the seat mold is cut in precise layers and then laid with carbon fiber which is finished by being cured in a large autoclave oven. Once this is done the seat has holes cut in it for seat belts, is overlaid with a fabric layer and is then ready to be fitted into the race car.

This is a rare opportunity to add a uniquely personalized part of a F1 car to your collection.

This seat come with a Certificate Of Authenticity.