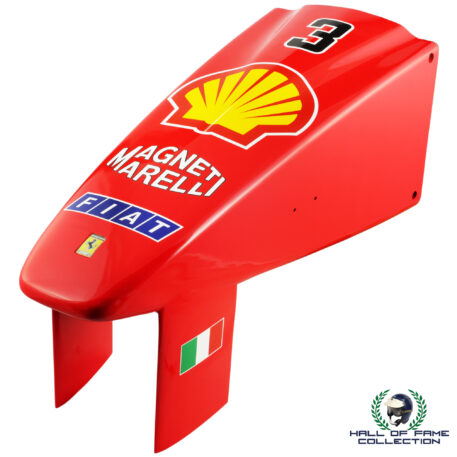 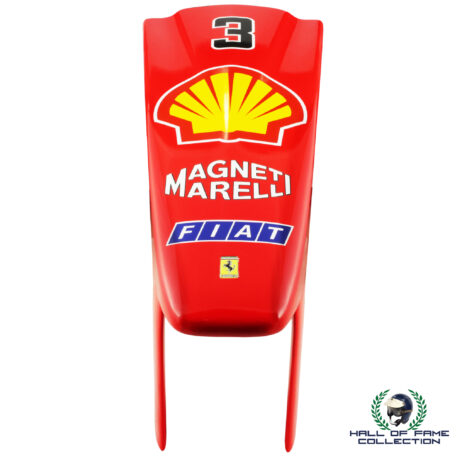 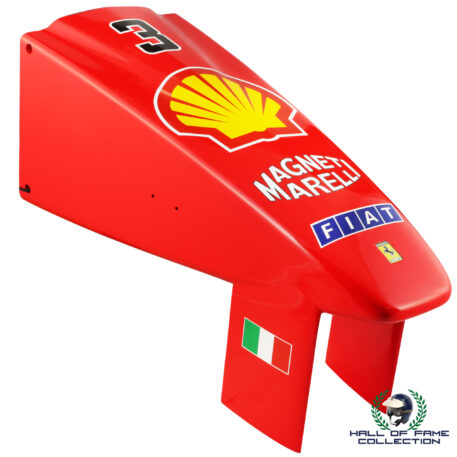 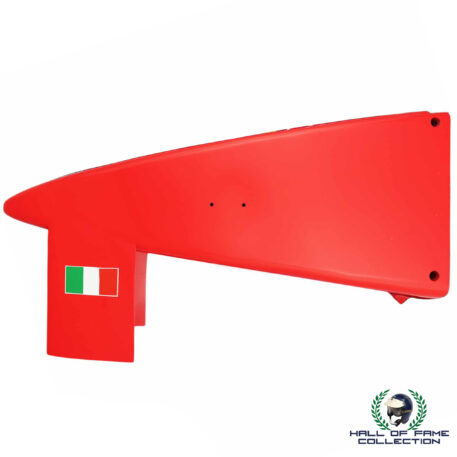 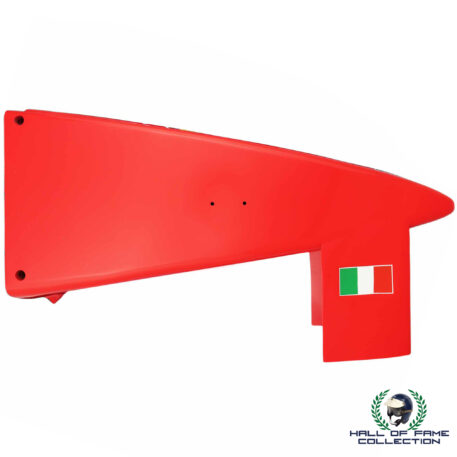 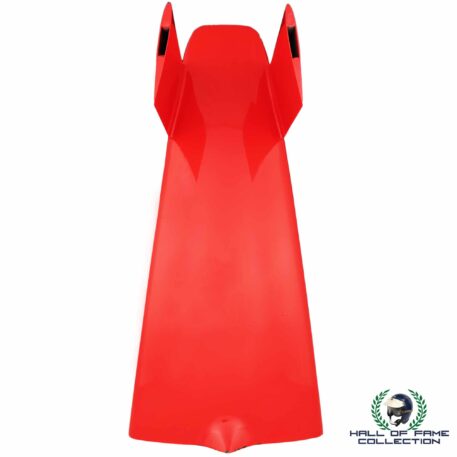 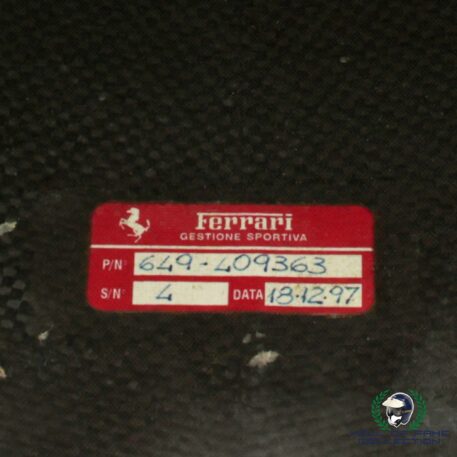 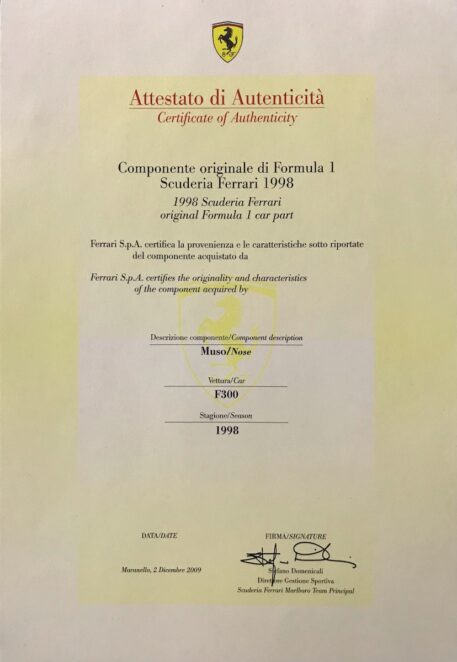 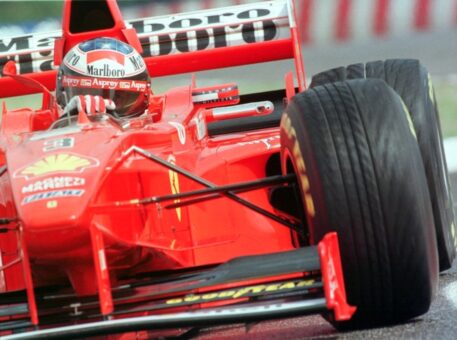 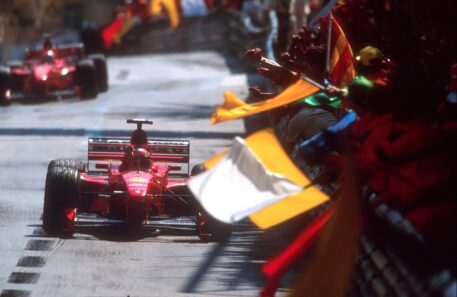 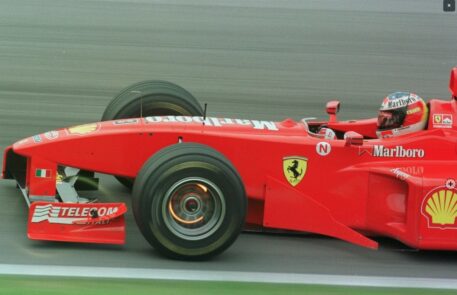 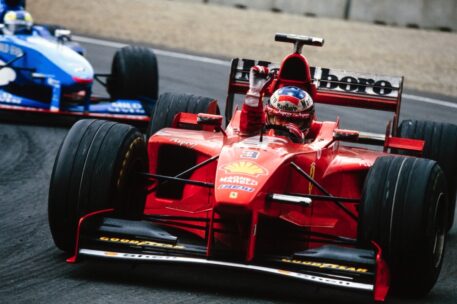 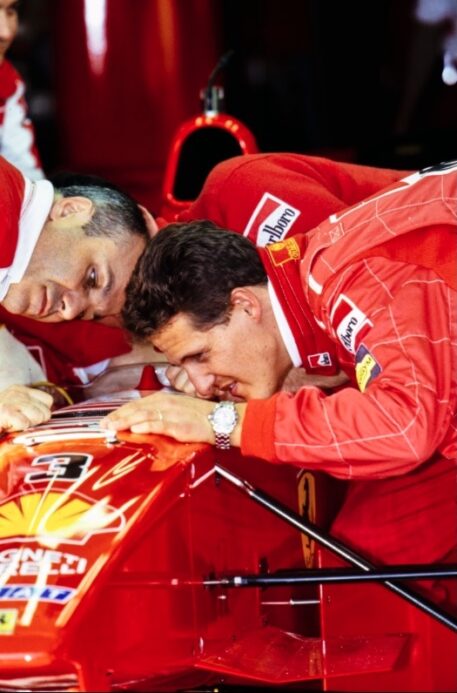 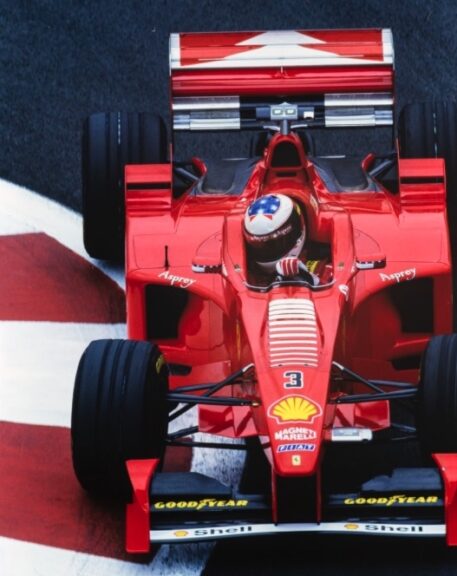 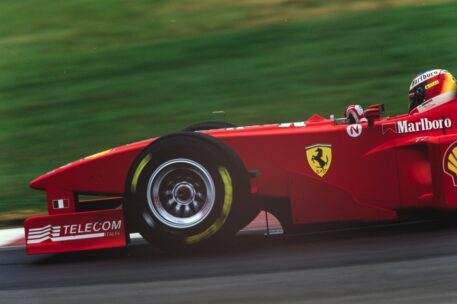 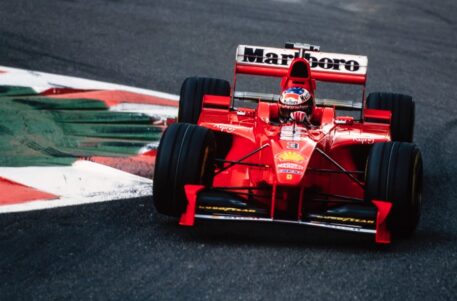 Schumacher moved to the struggling Scuderia Ferrari team in 1996. During his first years at the team, Schumacher lost out on the title in the final race of the season in 1997 and 1998, and suffered a broken leg from a brake failure in 1999 British Grand Prix. He and Ferrari would then go on to win five consecutive titles from 2000 to 2004, including until then unprecedented sixth and seventh titles, breaking several records in the process.

The F300 was designed by Rory Byrne, Giorgio Ascanelli, Aldo Costa, Willem Toet and Nikolas Tombazis with Ross Brawn playing a vital role in leading the production of the car as the team’s Technical Director, and Paolo Martinelli assisted by Giles Simon leading the engine design and operations. It was powered by the 3-litre Ferrari Tipo 047 V10 engine and designed around a narrower track as mandated by the FIA in a series of regulation changes for that season.

The F300 was a competitive and reliable car; however, it was still aerodynamically inferior to the McLaren MP4/13. Despite this, Michael Schumacher battled his way to second place in the World Drivers’ Championship behind Mika Häkkinen. Ferrari would also finish as runners-up in the Constructors’ Championship. The car was an excellent base for the dominance which Ferrari would enjoy in the seasons to follow.

The nose cone comes with both our own HOFC certificate and Ferrari’s Certificate Of Authenticity.