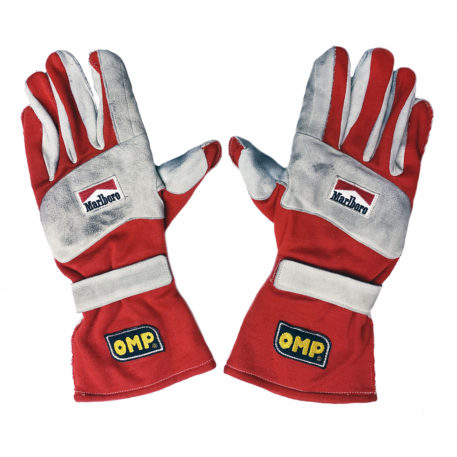 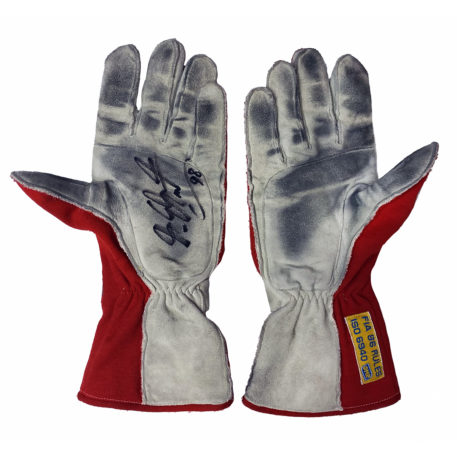 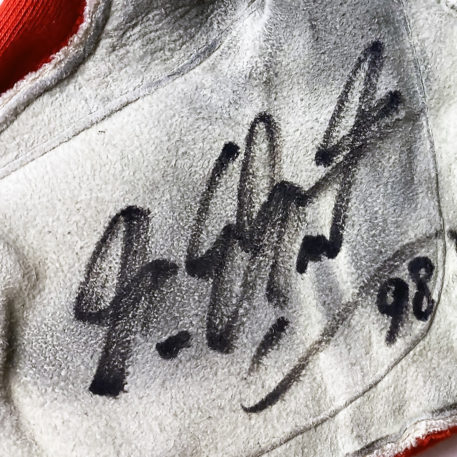 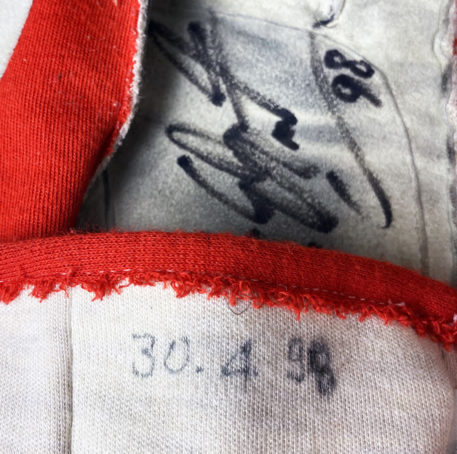 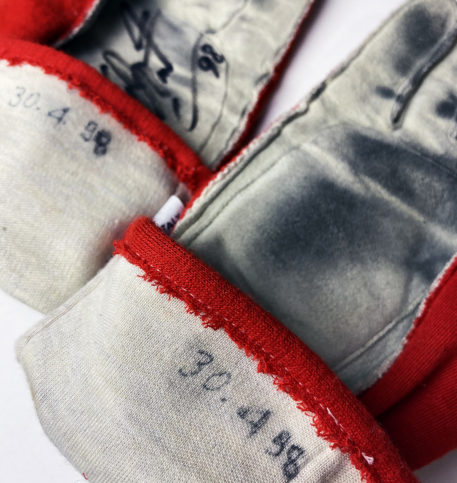 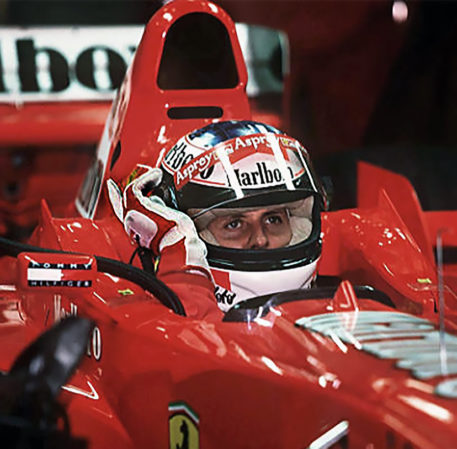 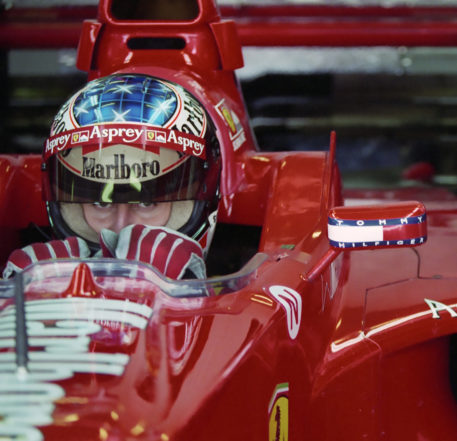 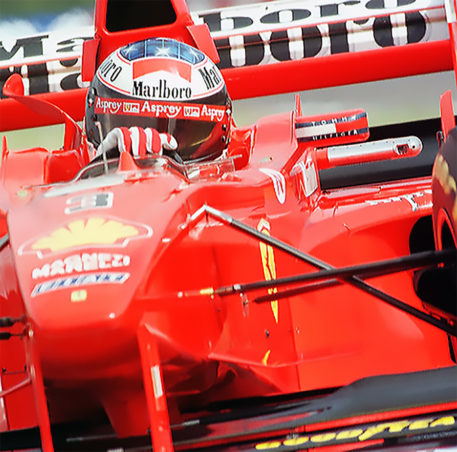 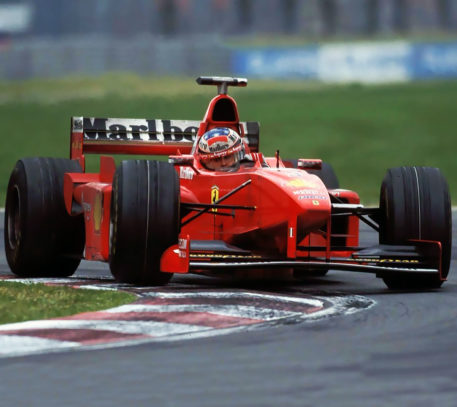 Pair of OMP race gloves used by seven-time World Champion Michael Schumacher. The German driver used these gloves during the 1998 Formula One season. Piloting a Scuderia Ferrari F300 machine Schumacher would score six race wins and five other podium finishes during the season. After a close season-long battle he would be beaten to the title by his great friend and rival Mika Häkkinen.

The red gloves have white protective leather sewn onto the palms and fingers, as well as the sections that cross the knuckle areas and Velcro fastening straps. Also added to the knuckles are team sponsor ‘Marlboro’ chevron logo patches. There are OMP branding logos and FIA compliance tags sewn onto the cuffs. The left glove is personally signed by Michael Schumacher who has also added the year to his signature. Inside both cuffs are the date 30.04.98 which indicates these gloves were likely used in the early part of the season in the Spanish or Monaco Grands Prix.

The gloves come with a Full Certificate Of Authenticity.

A great chance to acquire race-used items used by one of the all-time greats of Formula One racing.