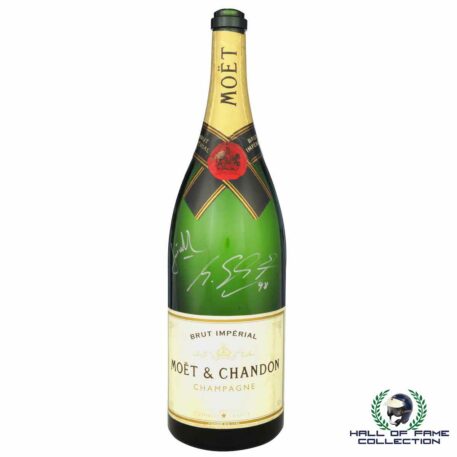 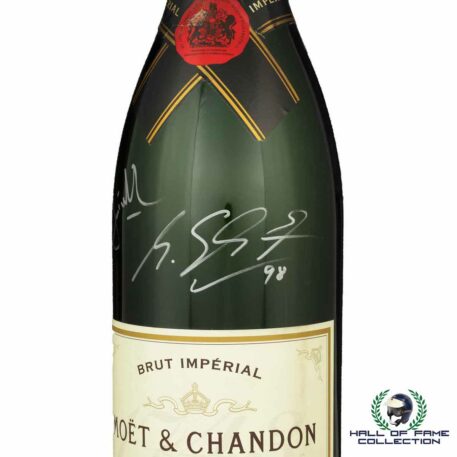 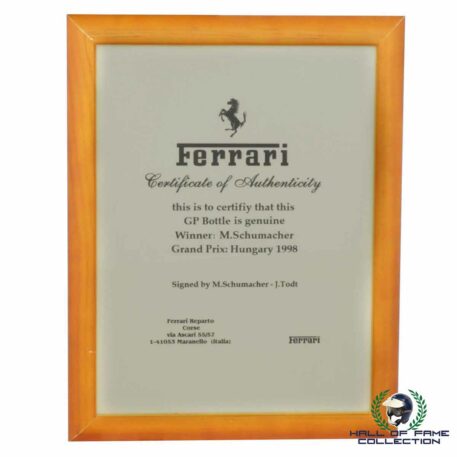 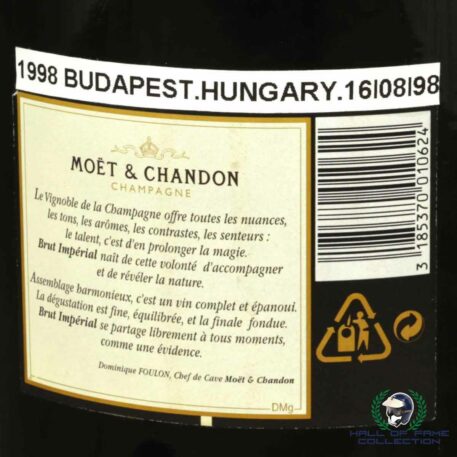 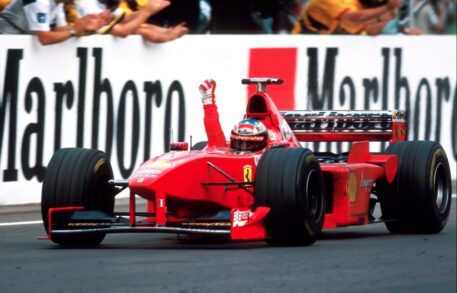 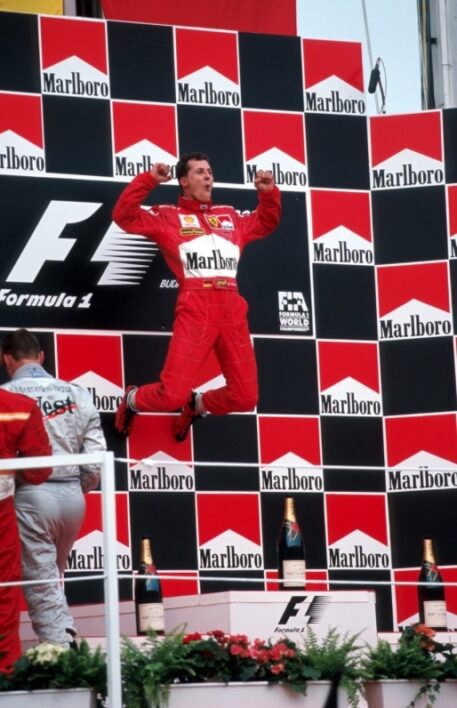 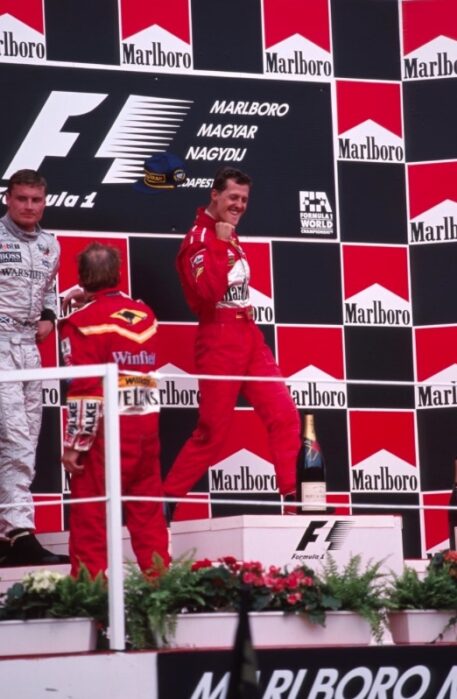 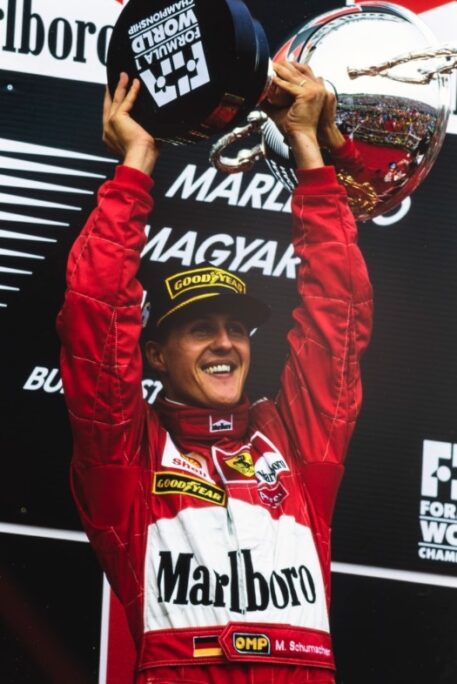 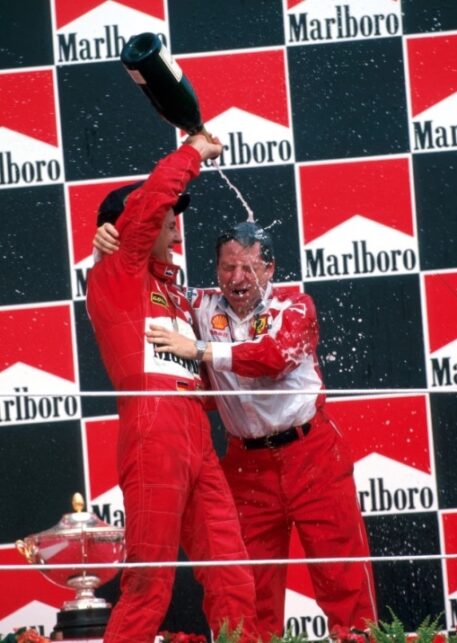 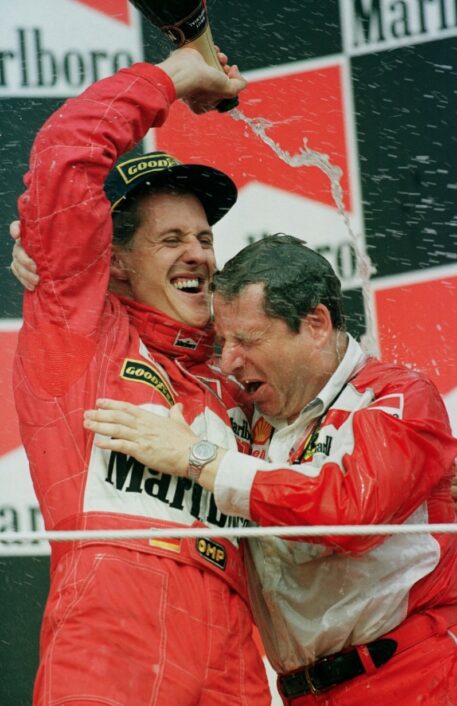 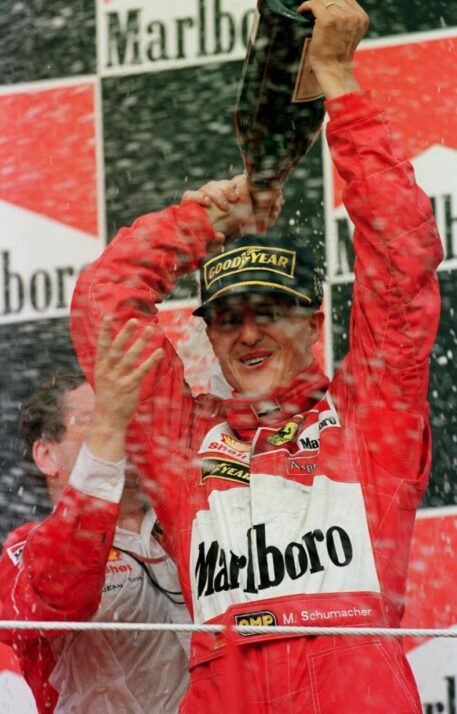 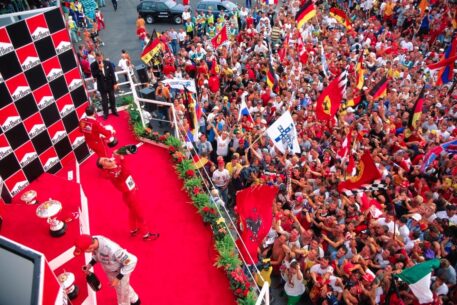 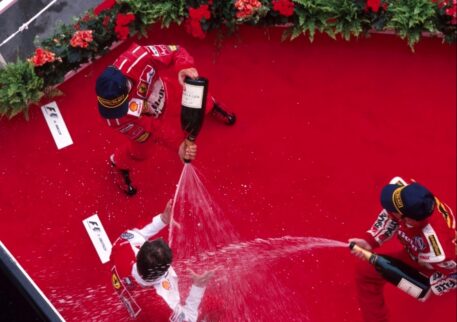 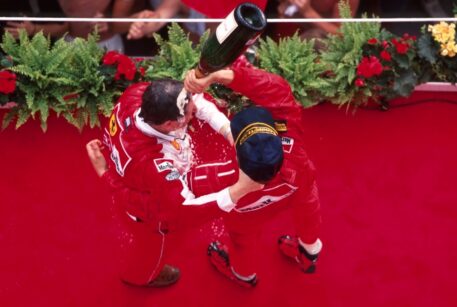 This enormous 3000ml Moet Chandon Champagne bottle was presented to Michael Schumacher during the podium celebrations after he won the 1998 Hungarian Grand Prix.

Schumacher would qualify 3rd, 16 points behind in the Championship to leader  and polesitter, Mika Hakkinen. Schumacher spent most of the race behind both McLarens which caused Ferrari to then switch to a 3-stop strategy. In hindsight, this move was pure genius, as Michael Schumacher would go on to win the race with this change in strategy. Schumacher was joined on the podium by David Coulthard and reigning World Champion, Jacques Villeneuve.

The massive 3000ml “Jeroboam” champagne bottle has been signed and dated by Michael Schumacher as well as by Ferrari team principal, Jean Todt, who had joined Schumacher on the podium for the celebrations.

Don’t hesitate to add this highly collectible and rare race-winning podium bottle to your collection.

It comes with a Certificate of Authenticity, as well as one from Ferrari.