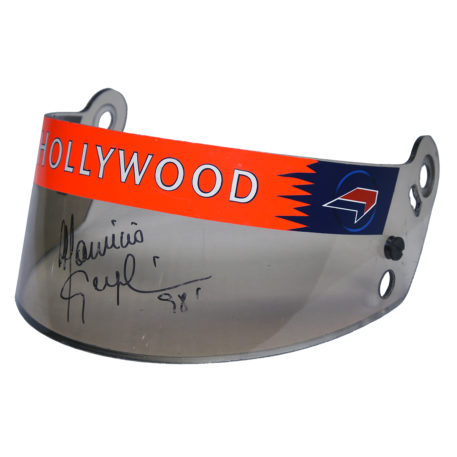 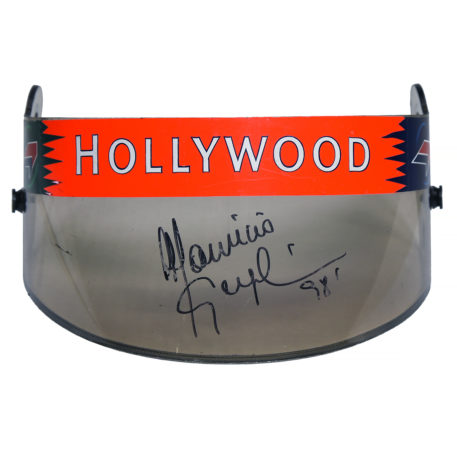 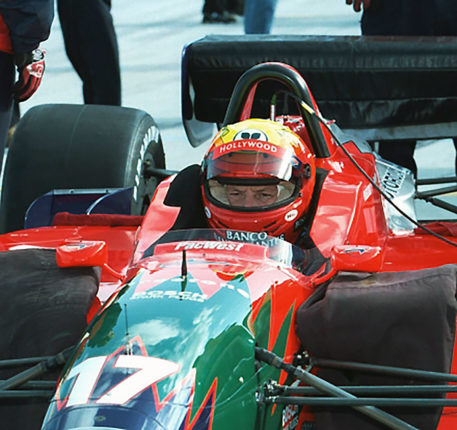 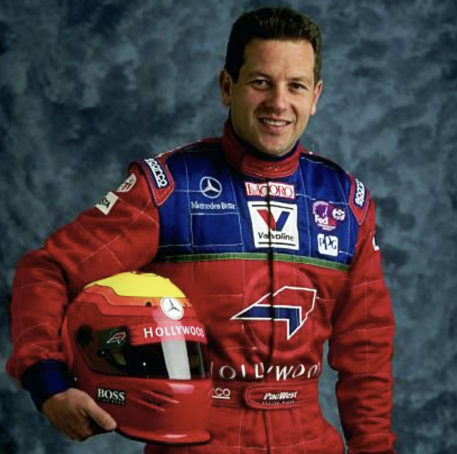 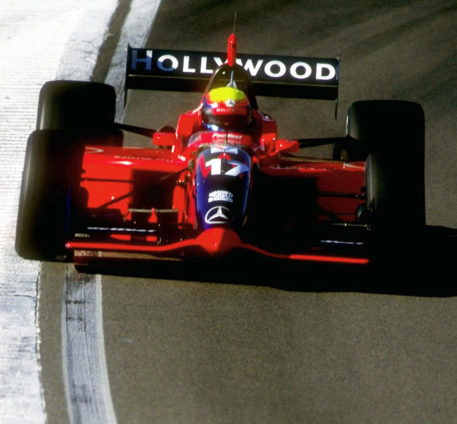 Race-worn visor used by Brazilian driver Maurício Gugelmin while driving for the PacWest Racing Team during the 1998 CART IndyCar season. The tinted visor has the PacWest team’s major sponsor ‘Hollywood’ sun strip applied and bears the marks of race use. The visor has been personally signed and dated by Maurício Gugelmin in black marker pen.