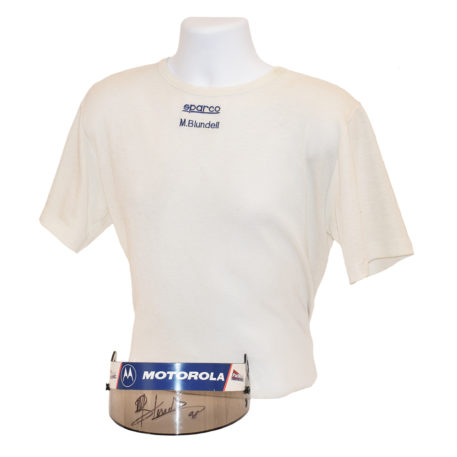 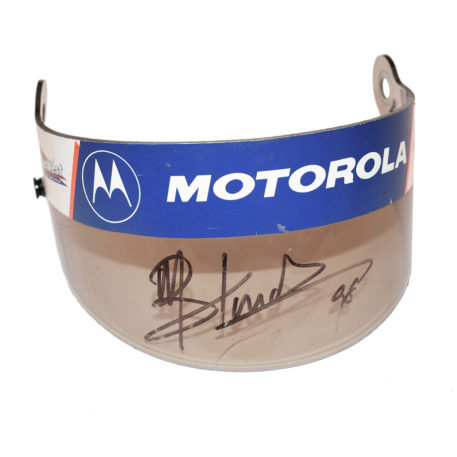 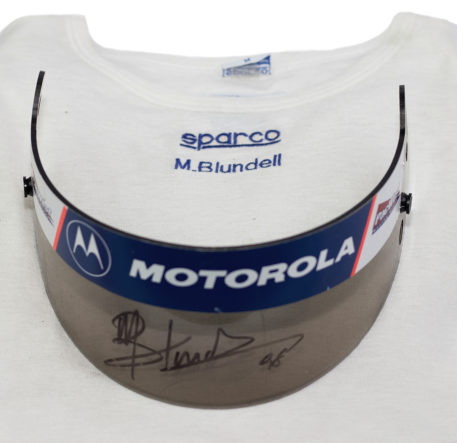 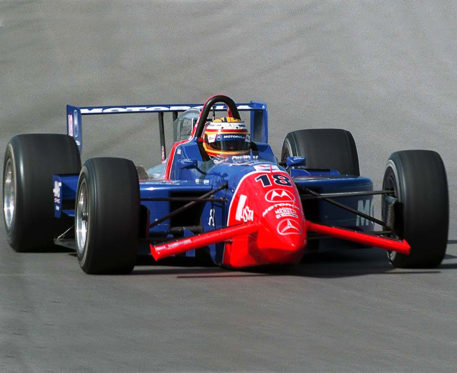 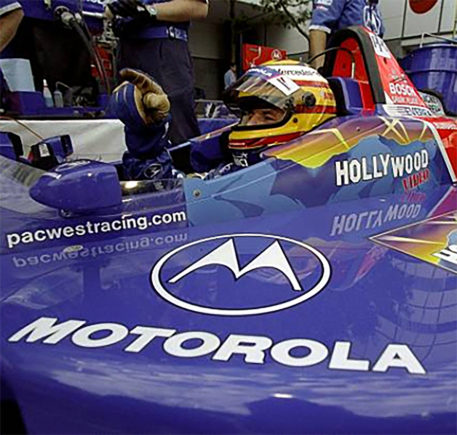 Helmet visor and Nomex undershirt set race-used by British driver Mark Blundell. These were used while competing in the 1998 CART IndyCar series. Blundell was in his third season with the PacWest Racing team at the time.

The tinted Bell visor bares a PacWest/Motorola sun strip and has been personally signed and dated by Mark Blundell. The Sparco undershirt has Blundell’s name embroidered on its front.

The visor and Nomex set come with a Certificate Of Authenticity.