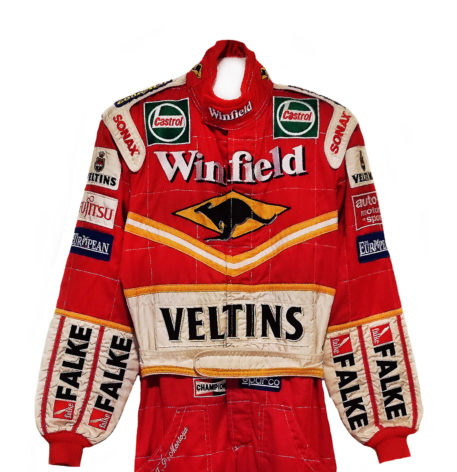 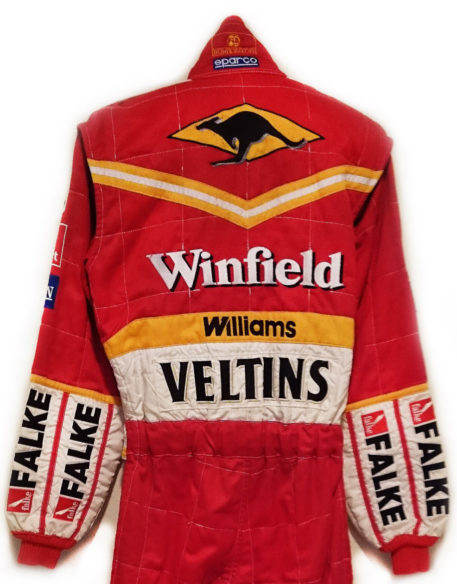 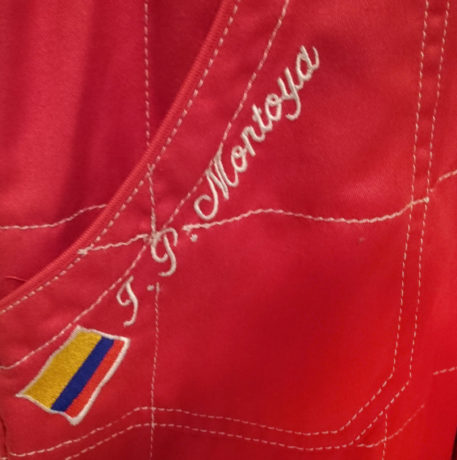 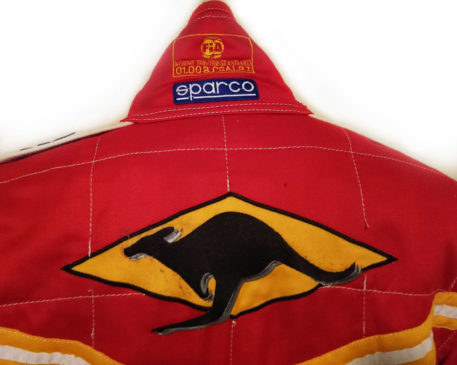 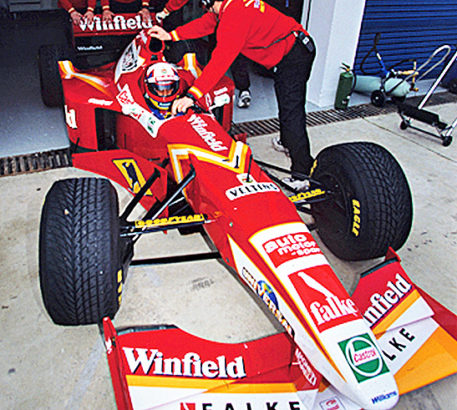 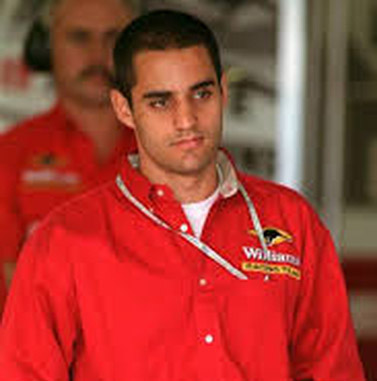 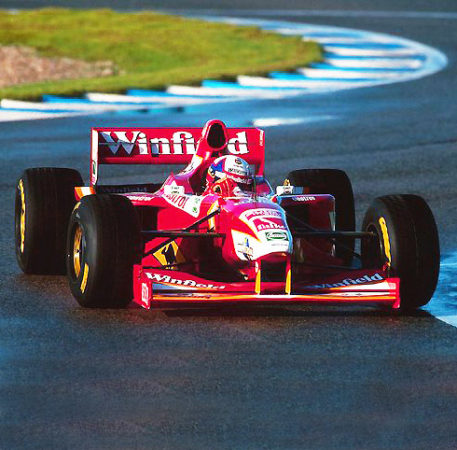 Suit worn by Montoya during the 1998 season as a test driver. After coming through the ranks of karting, junior formulas and impressing in his first stint in International Formula 3000, Juan Pablo Montoya was invited to test with the Williams F1 team in 1998. He again impressed and was penciled in to take a full time seat for the team in the near future. In between these testing sessions, he continued in Formula 3000 winning the 1998 championship. Montoya then moved to IndyCar winning the championship in his first attempt in 1999 and then went on to win the Indy 500, also in his first attempt, in 2000. This convinced Williams to give Montoya a full time F1 seat in 2001.

This striking Williams Winfield suit was used extensively by Montoya in those 1998 testing sessions, driving the Williams Mecachrome FW20. A very striking suit with the Winfield/Veltins/Falke sponsorship logos embroidered onto the red and white suit. This suit is a great piece of history of one of the top open wheel drivers of his era.