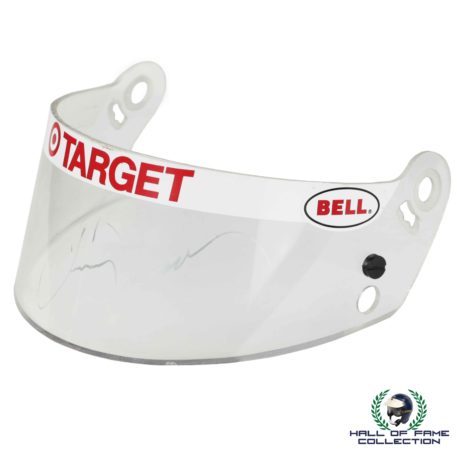 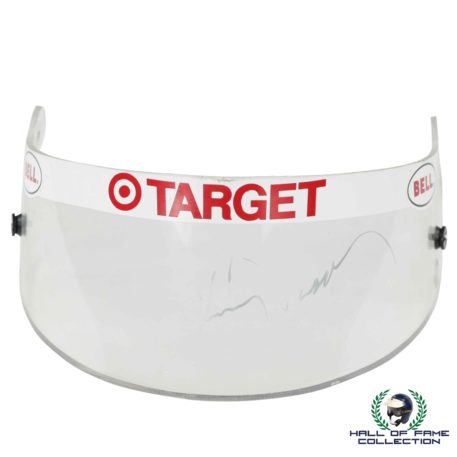 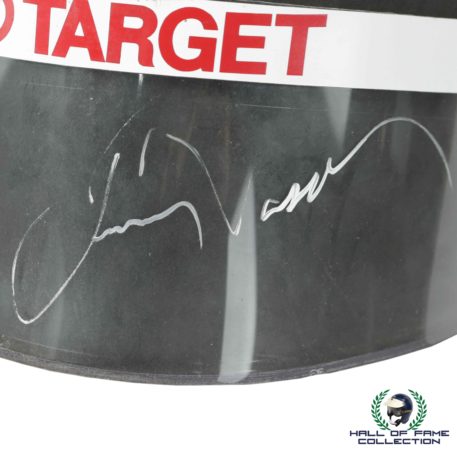 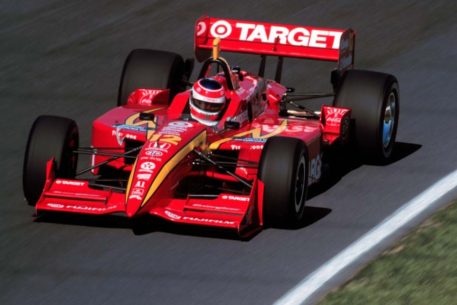 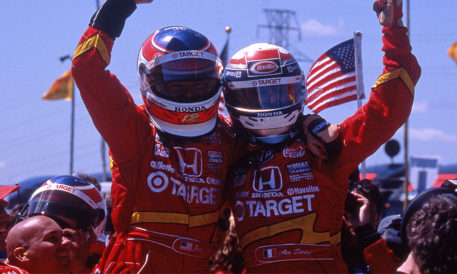 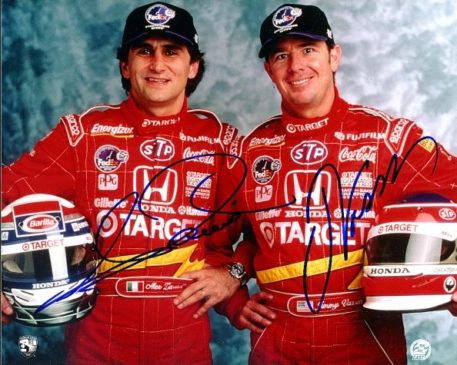 Vasser won the 1996 CART IndyCar championship with Chip Ganassi Racing, and scored ten victories in the series. Vasser was the last American to win the CART championship. During a successful 1998 CART season Vasser scored three victories as well as notching 12 top-ten results, finishing 2nd in the Drivers’ Championship with a total of 169 points.

The visor has a white sun strip with the Target and Bell branding logos on it and is signed in silver marker pen by Vasser,