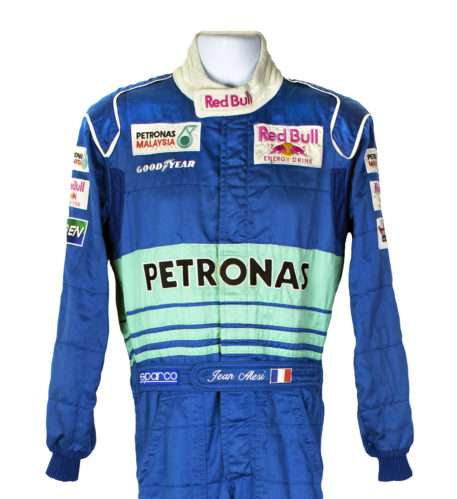 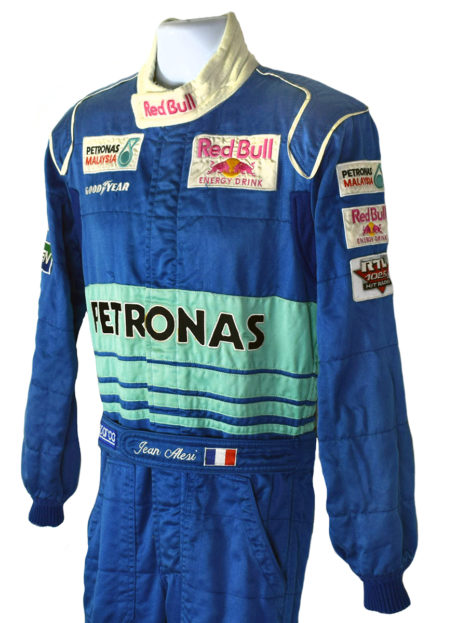 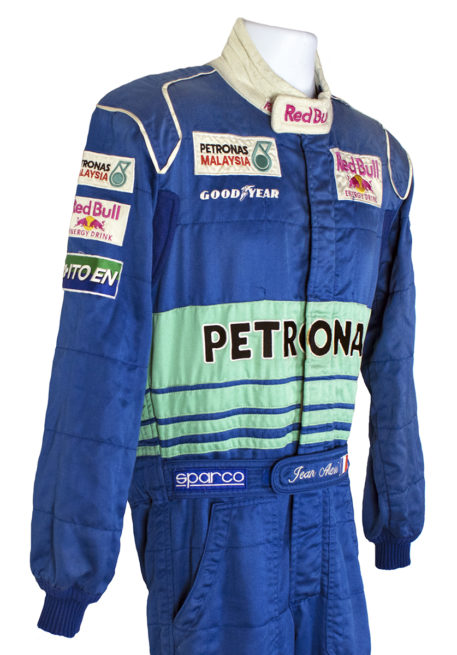 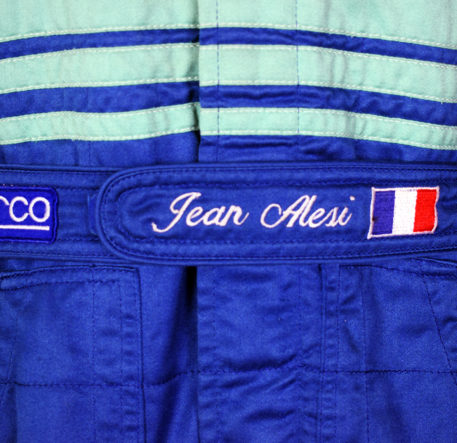 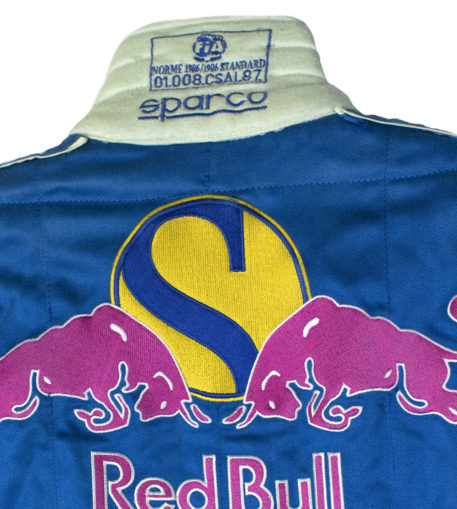 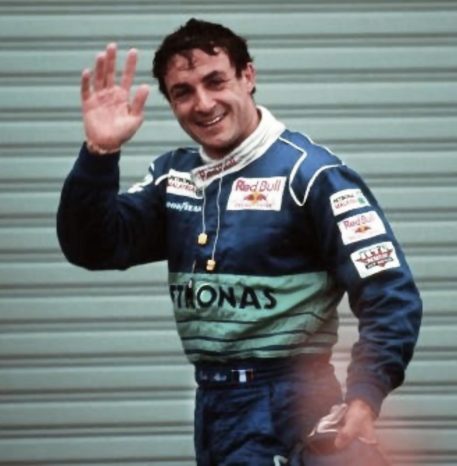 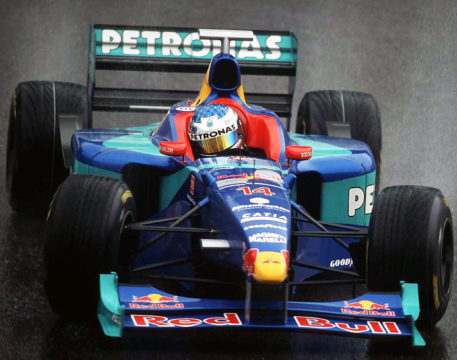 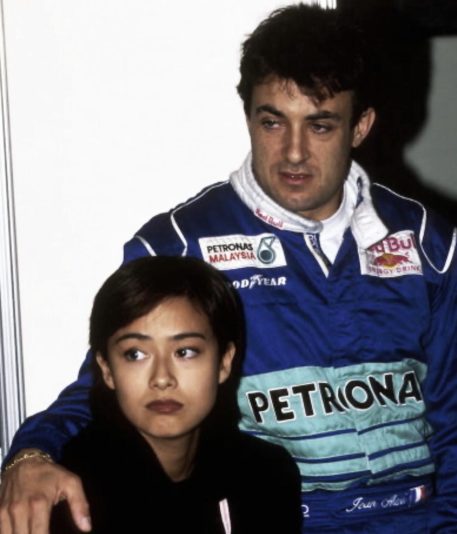 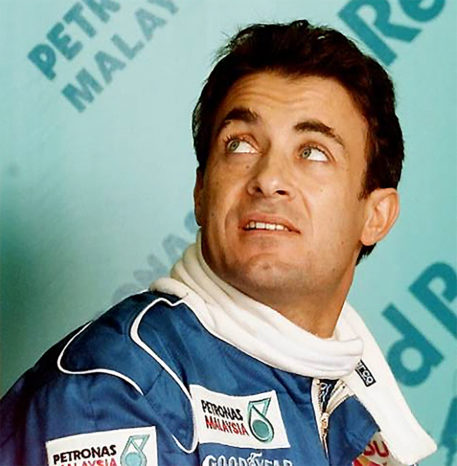 Sparco race suit was worn by French race driver Jean Alesi. It was used during the 1998 season, Alesi’s first with the Red Bull Sauber Petronas Team. Even though the team’s cars were powered with Ferrari engines they were plagued by unreliability issues throughout the season. However, in spite of this, Alesi managed to put together some respectable results and was the team’s top points scorer. He would achieve the last podium of his career in a superb drive at the rain-soaked Belgian Grand Prix. He also scored points in three other Grands Prix and finished in eleventh place in the Drivers’ Championship standings. This suit has been photo-matched to one that was used for the Argentine Grand Prix in Buenos Aires (see pictures).

This eye-catching suit is in the team’s pastel blue colors with four turquoise bands of varying widths running around the torso. Within the top band is the team,s ‘Petronas’ logo lettering, and on the upper back is the Red Bull ‘Charging Bulls’ Sauber logo. The chest and arms have various team and sponsor logo patches on them, including RLT Radio and ITO EN. Alesi’s name and national flag are embroidered on the waist belt.