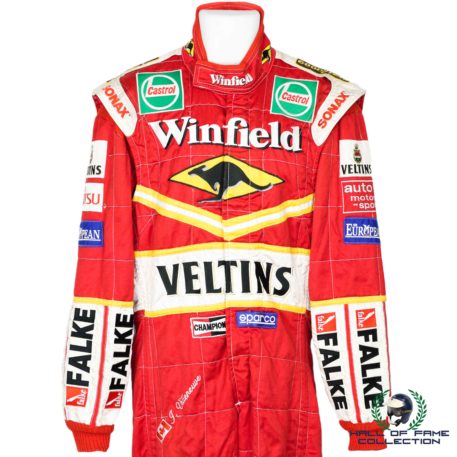 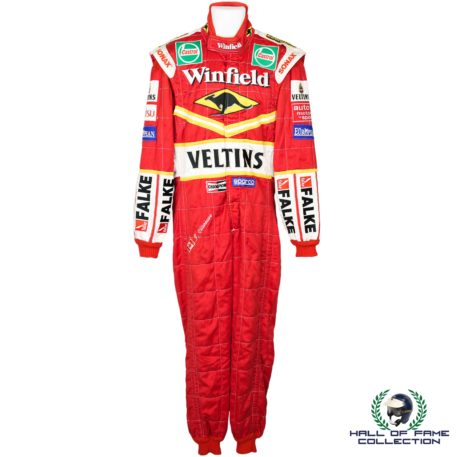 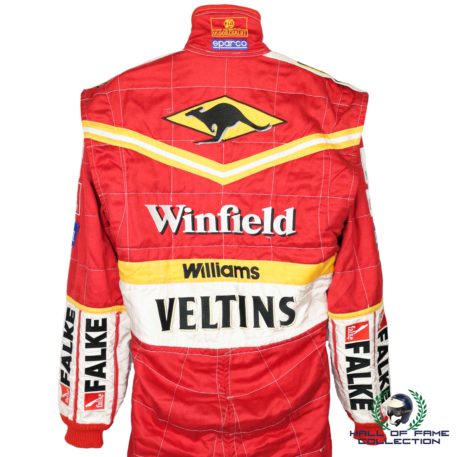 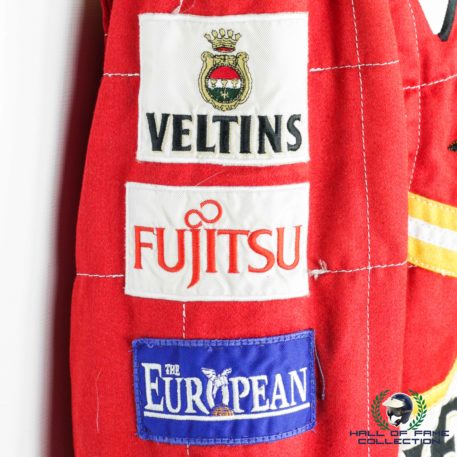 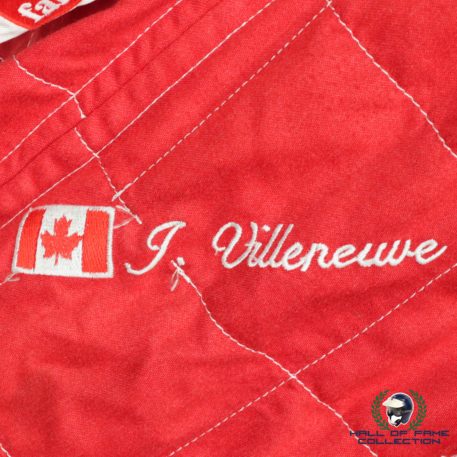 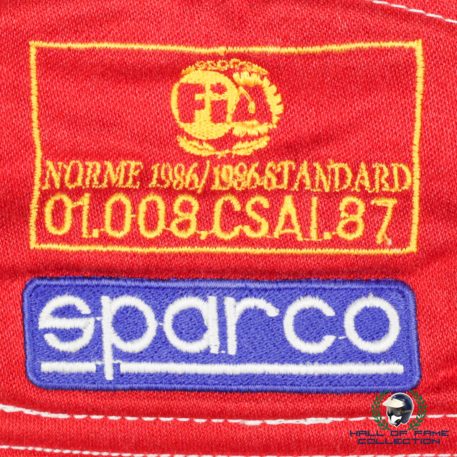 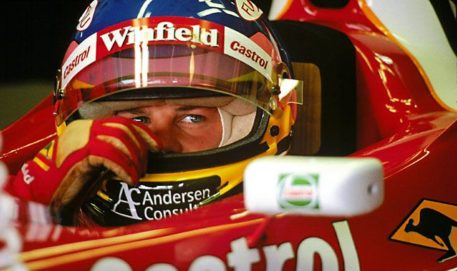 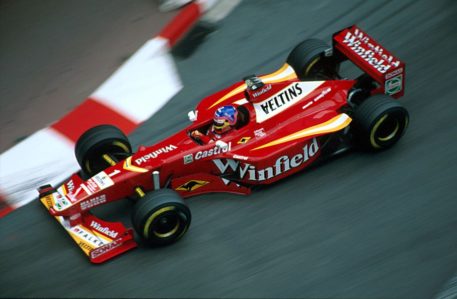 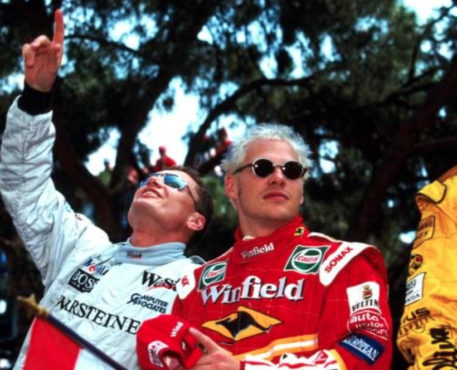 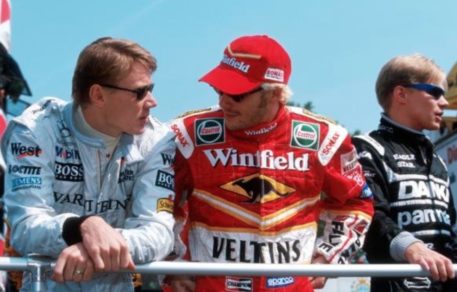 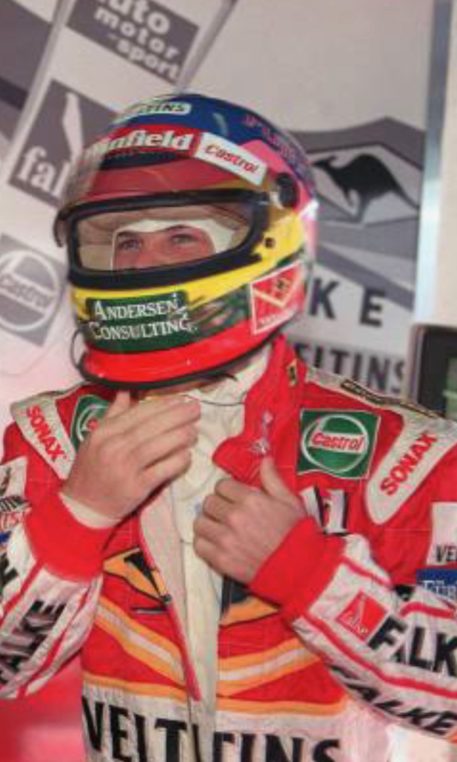 1997 World Champion Jacques Villeneuve used this Sparco suit for three Grand Prix in 1998, the San Marino, Spanish and Monaco Grand Prix where he placed 4th, 6th and 5th respectively. This was Villeneuve’s third and final year with Williams F1 Team. 1998 brought about big rule changes and was a tough year for Williams as they didn’t adapt as well to the new rules as Ferrari and McLaren. With McLaren and Ferrari claiming first to fourth spots in the drivers championship, Villeneuve finished the season 5th in the standings with two podiums.

This suit is of the era when all the sponsors are embroidered on the suit vs printing the logos that happens today. This embroidery makes each suit uniquely different and are a sight to behold in person as the stitch work is fantastic to see. Coming off their Championship year meant sponsor where on board to the max and this suit has the full spectrum from primary sponsors Winfield and Veltins to Castrol, Sonax, Fujitsu, The European and Falke to name a few.

This suit comes with a Hall of Fame Collection COA.