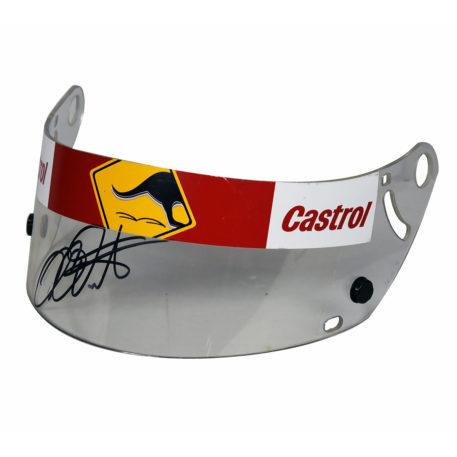 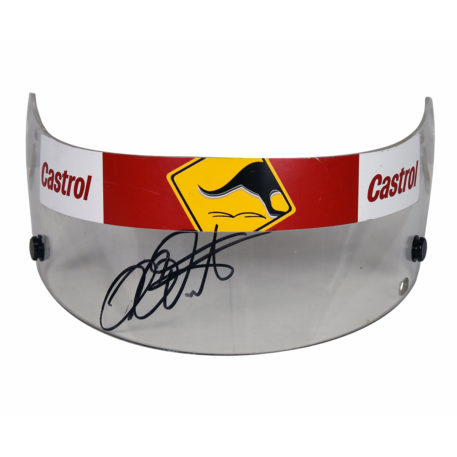 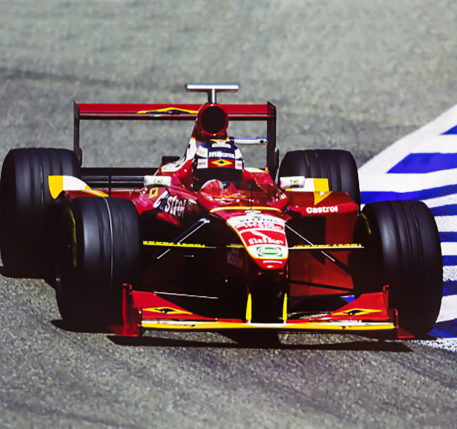 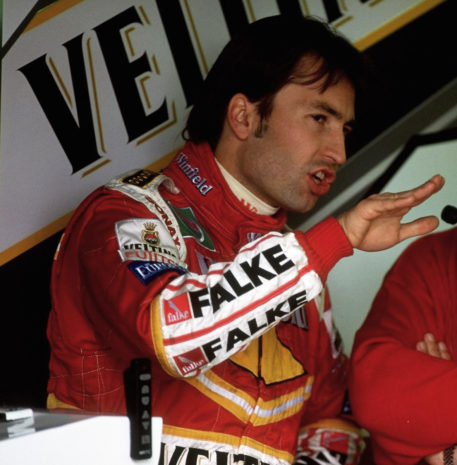 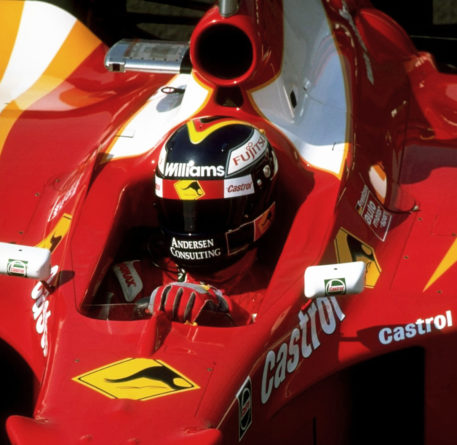 Visor used German driver Heinz-Harald Frentzen during his final season with the Williams Racing team in 1998. Frentzen, the World Championship runner-up from the season before, wore this visor while piloting his Williams FW20 which sported a new livery for the season sponsored by the Winfield cigarette company. The visor would have been used at a non-tobacco advertising event since the Winfield name is omitted from the sun strip. However, the strip does incorporate part of the kangaroo logo used by the company which is sandwiched between Castrol Oil lettering either side.

The visor is personally signed by Heinz-Harald Frentzen in black marker pen and comes with a full Certificate Of Authenticity.