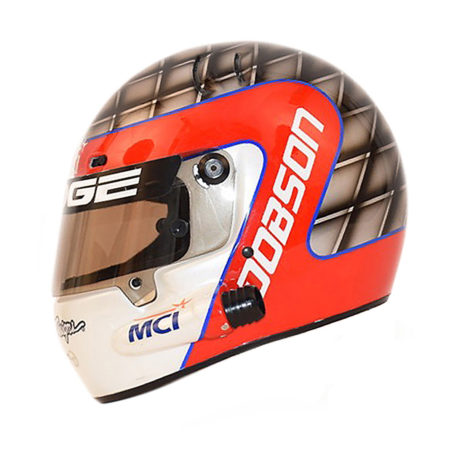 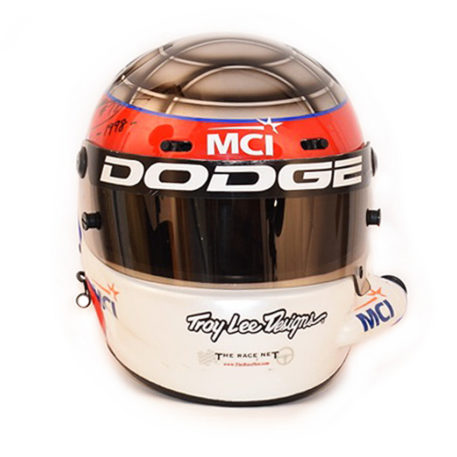 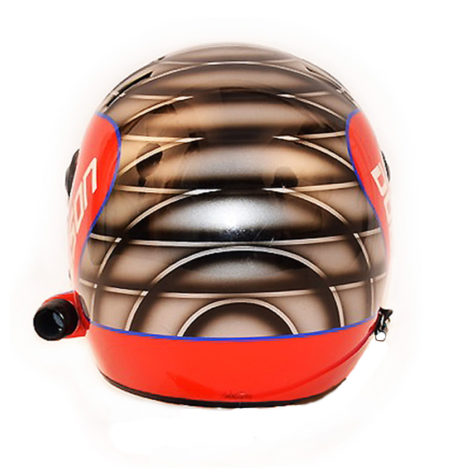 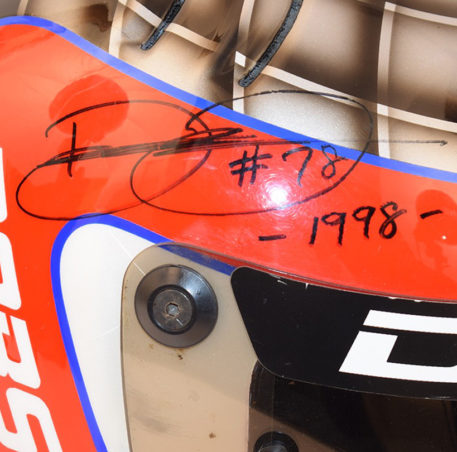 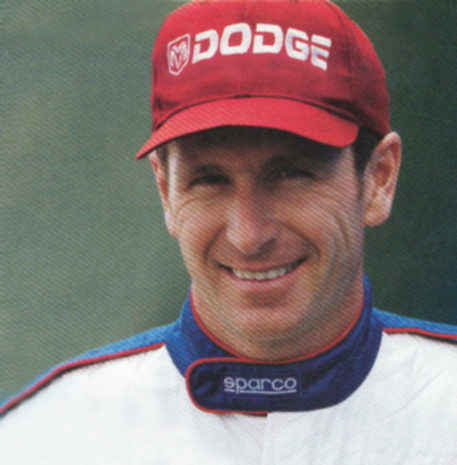 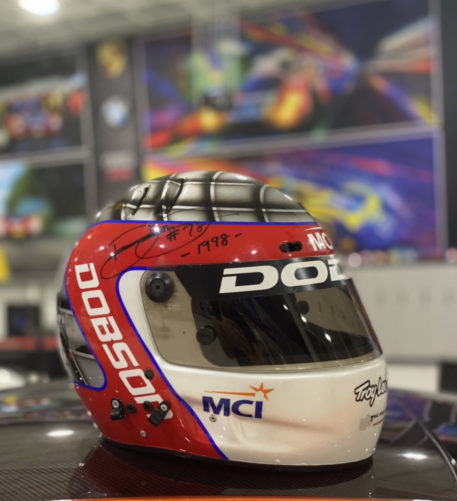 Dobson had a long career in many types of auto racing. He competed in the CART/PPG Indy Car World Series over a 10-year span running in seven consecutive Indianapolis 500 mile races., as well as in many Endurance Sports Car events including five 24 Hours of Daytona and the 24 Hours of LeMans. He also fielded and drove with PacWest Dodge factory teams, in the North American Touring Car Championship, as well as the NASCAR Craftsman Truck Series.

The helmet comes in Dobson’s white, blue-edged red and silver graphics design painted by Troy Lee with Dobson’s name running diagonally on both sides. It has major sponsor PacWest’s MCI Communications logo displayed on the helmet as well as engine supplier Dodge on the visor strip.

The helmet has been personally signed and dated by Dominic Dobson along with his race number 78 and comes with a full Certificate Of Authenticity.