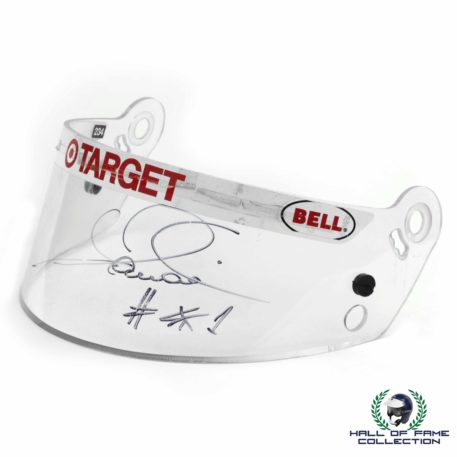 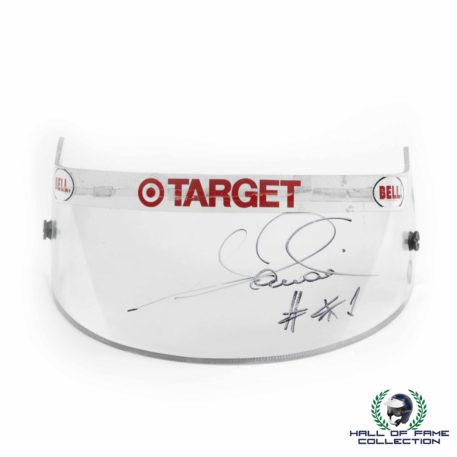 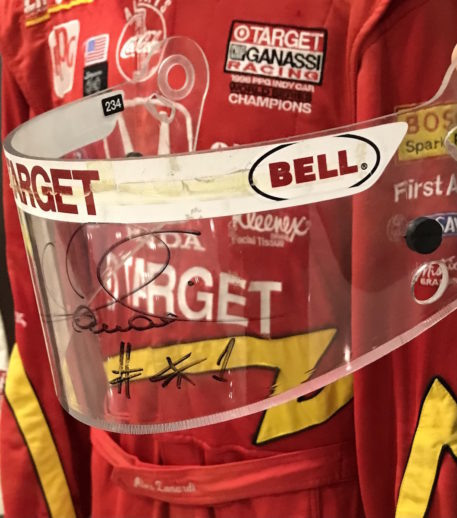 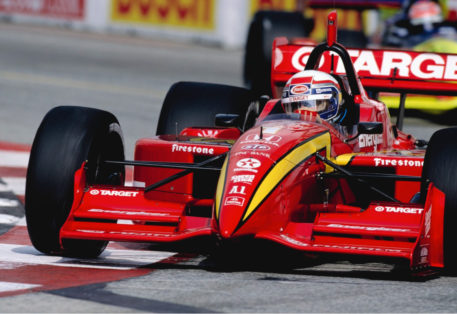 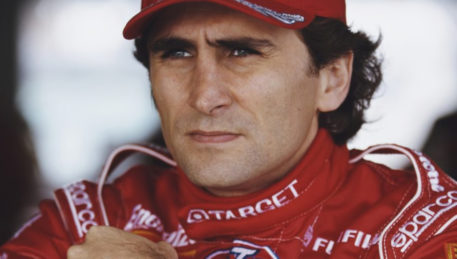 The Italian driver competed in F1 for Lotus before moving stateside to win 2 back to back CART Championships in 1997 and 98. He then returned to Williams for another stint in F1 before coming back to CART in 2001. An accident at the German race meant Zanardi would spend the rest of his life in a wheel chair. That didn’t stop him coming back and winning races again using hand controls and also gave him a new passion winning Gold medals in Hand Cycling.

This visor was used in his 1998 Championship and could be yours today so don’t hesitate.