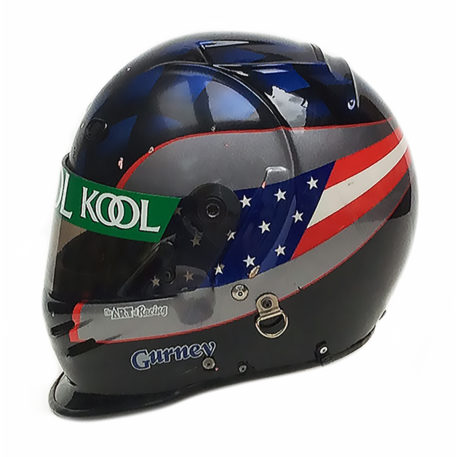 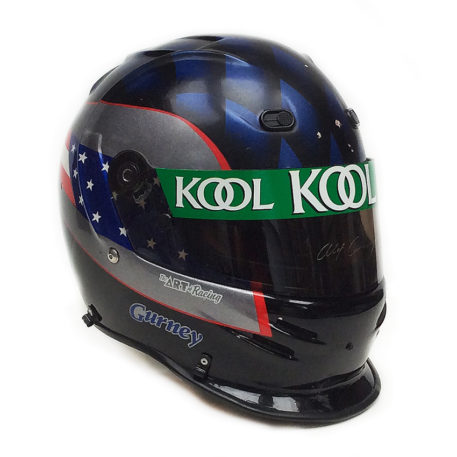 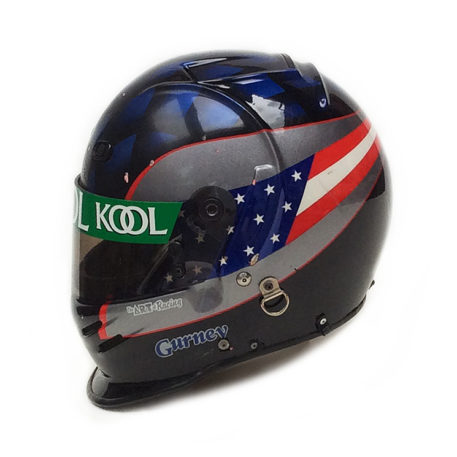 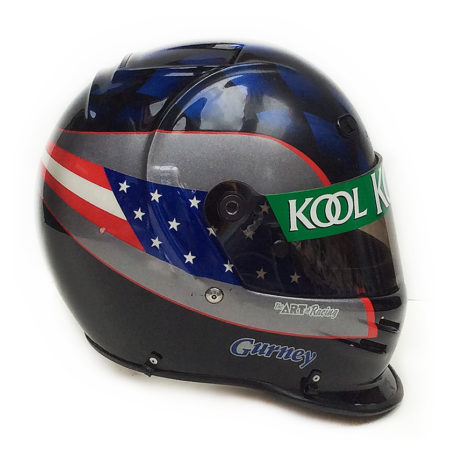 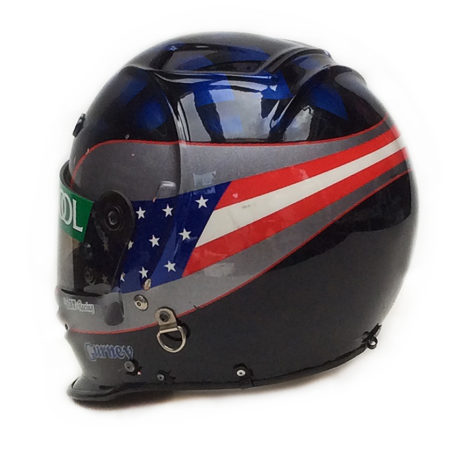 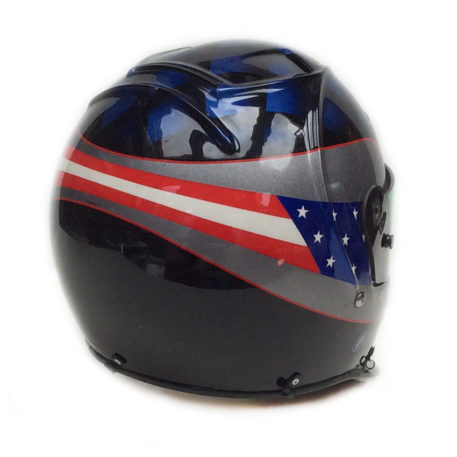 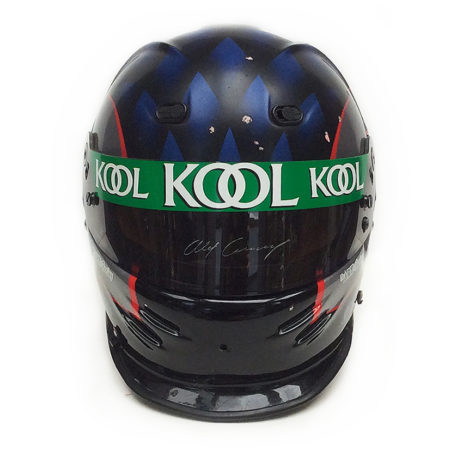 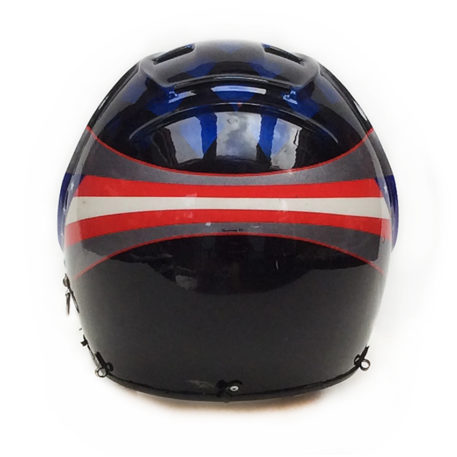 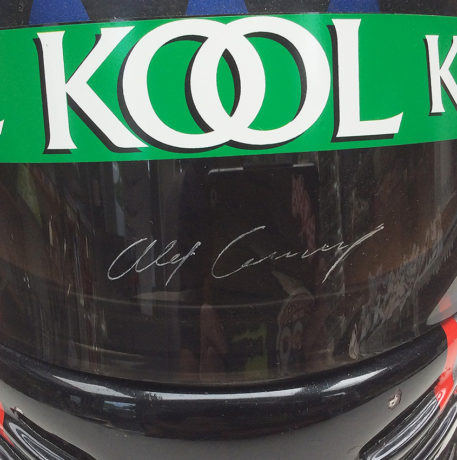 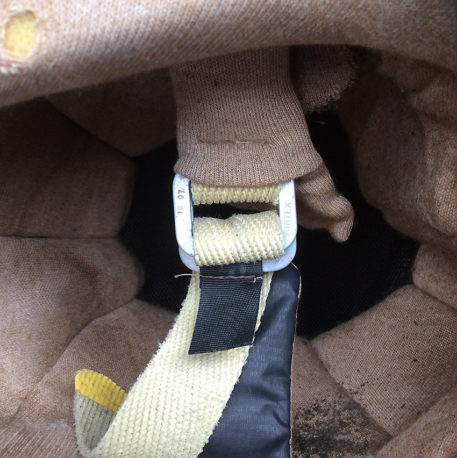 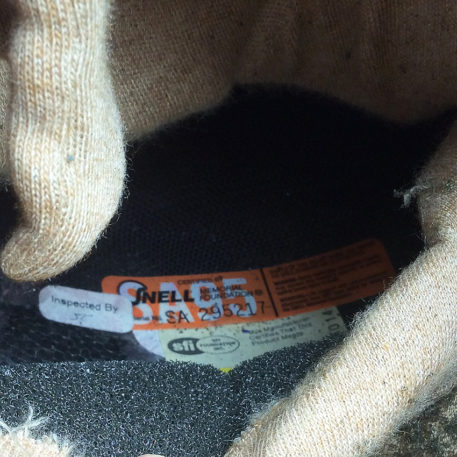 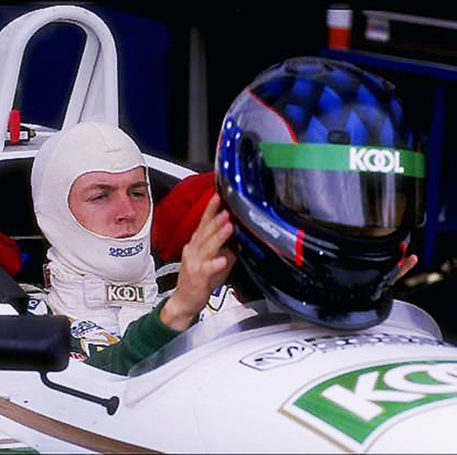 Helmet worn by Alex Gurney in his first season while racing in the Barber Dodge Pro Series in 1998. Son of the great Dan Gurney, he went on to race in the Toyota Atlantic Championship, and British Formula 3 Championship before moving on to the Rolex Endurance Sportscar Championship Series, winning the title twice, once in 2007 and again in 2009.

The helmet was painted by Art of Racing and has a black base with blue graphics on the top and a red edged silver band with the ‘Stars & Stripes’ running around the middle. It has team sponsor’s Kool Tobacco decal on the visor strip and the Gurney name on both cheeks.

The helmet visor has been personally signed by Alex Gurney and the helmet comes with a full Certificate Of Authenticity.