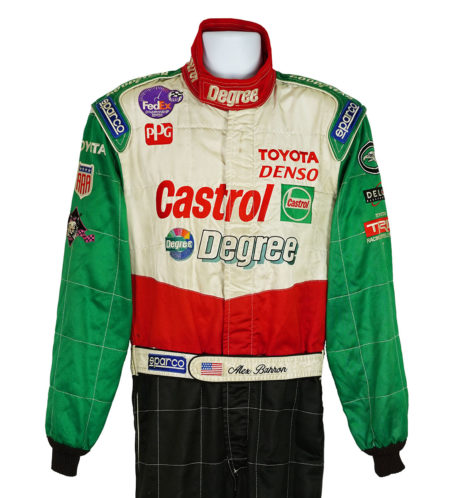 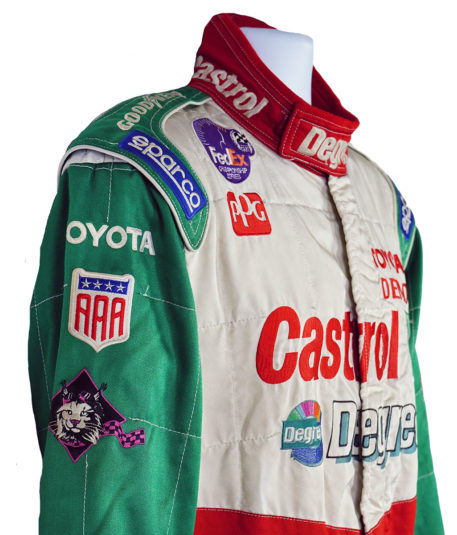 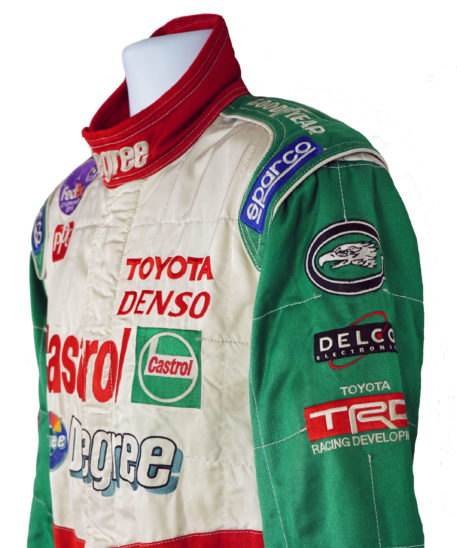 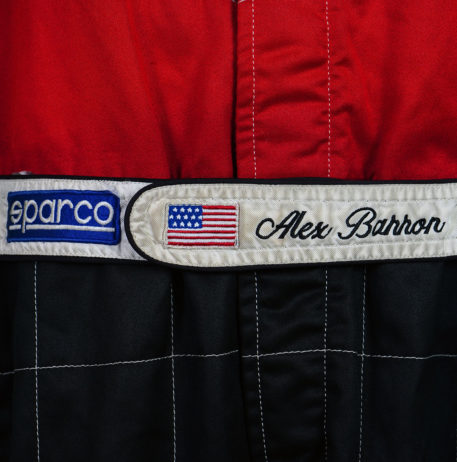 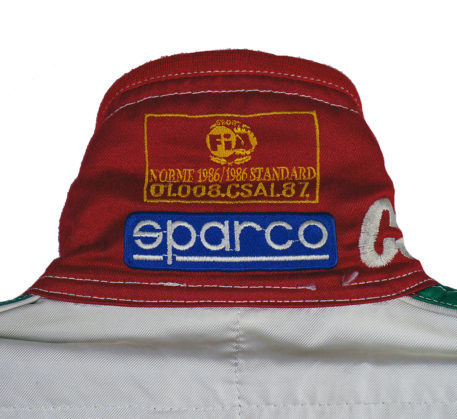 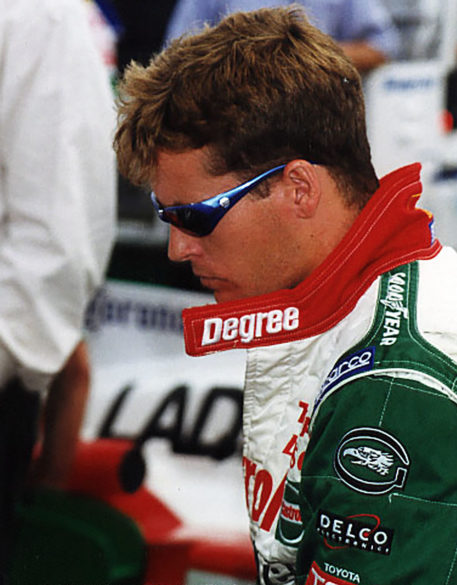 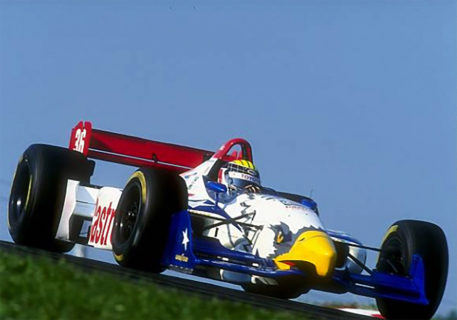 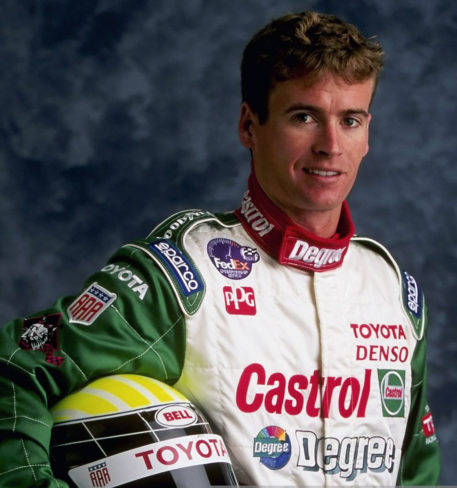 This Sparco suit was race-used by American driver Alex Barron while driving for the Gurney AAR Racing Team. Barron and teammate P. J. Jones time with Gurney ‘s IndyCar team was hampered by an noncompetitive combination of the chassis and engine during the 1998 CART IndyCar season. The team used both Eagle and Reynard chassis to try and rectify its problems.

This is one of the suits worn by Barron during that 1998 season and is in the colors of AAR team sponsor Castrol Oil. It has black legs, green arms and a white torso and around the waist is a wide red band that narrows to a chevron at the front. Embroidered on both the front and back of the suit is Castrol lettering and logos for the company’s Degree oil product. There are also branding logos on the chest and arms for sponsor/suppliers including Toyota, Denso and Delco. Also, on both the right and left arms, there are AAR and Gurney Eagles patches respectively. The suits white belt has Barron’s name and national flag embroidered to it.