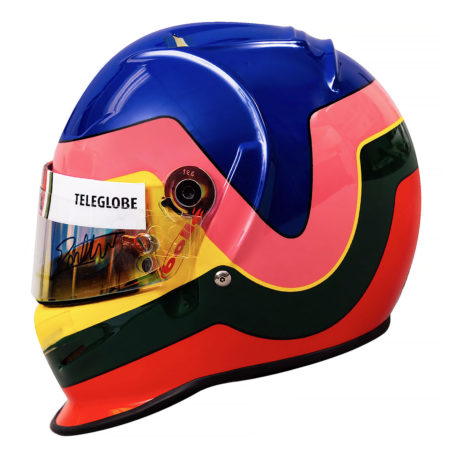 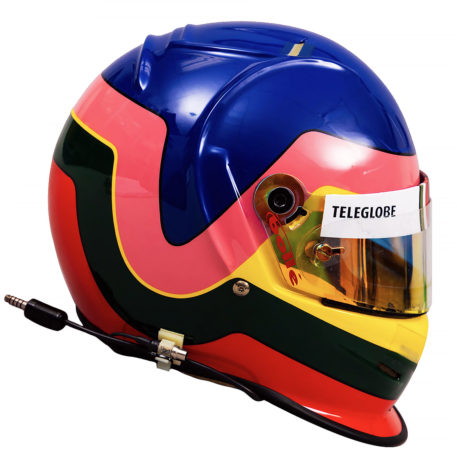 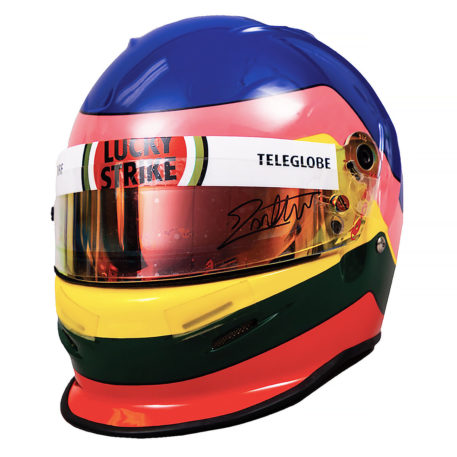 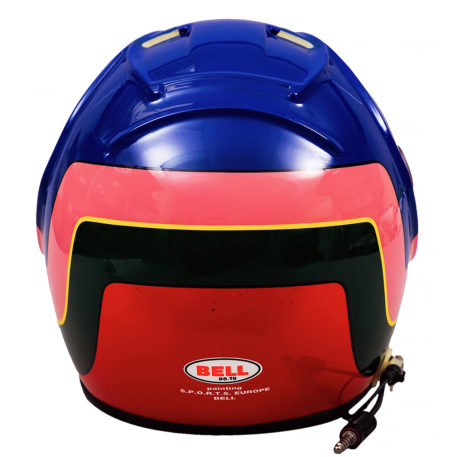 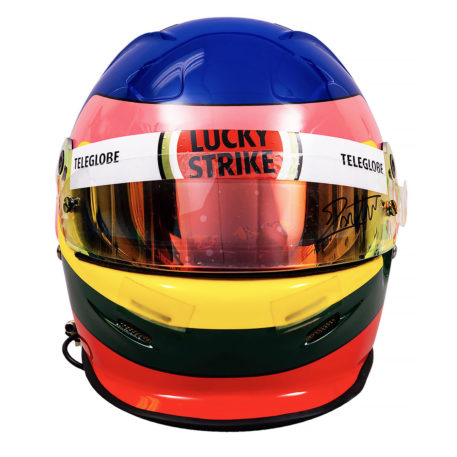 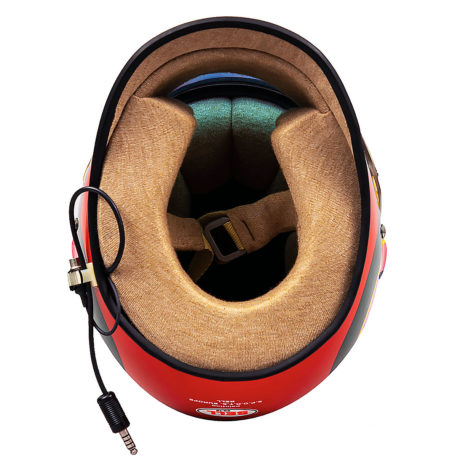 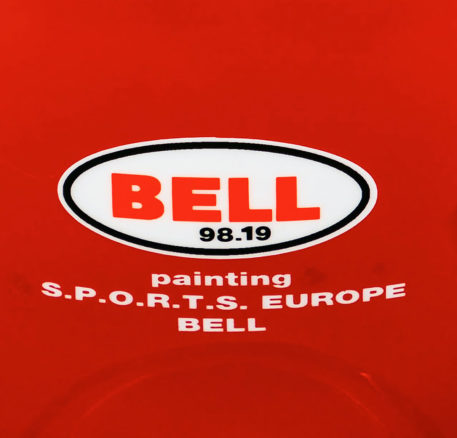 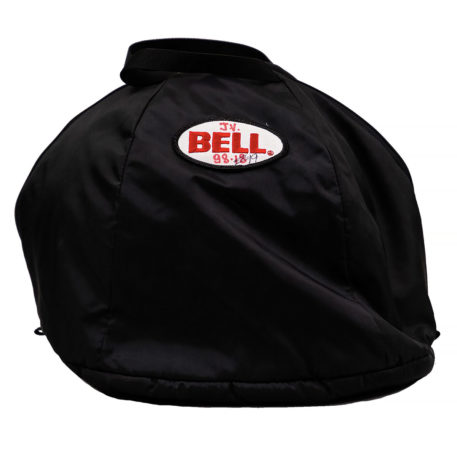 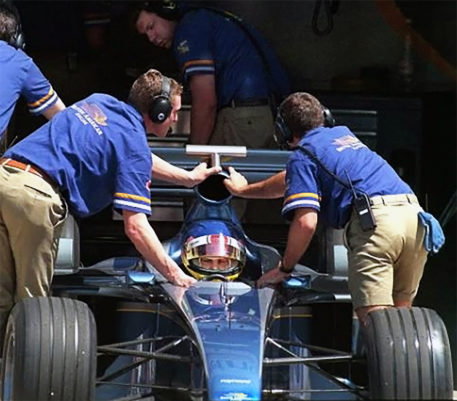 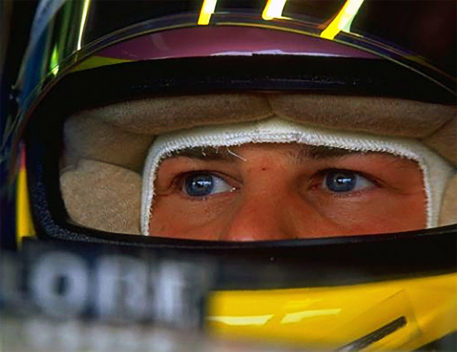 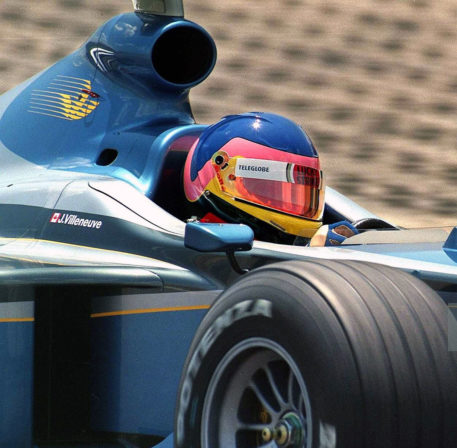 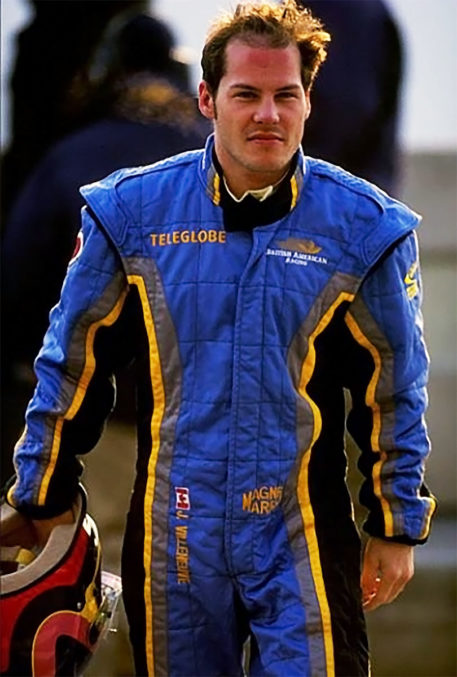 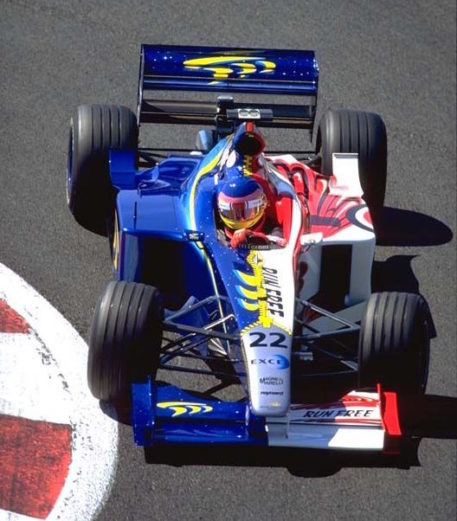 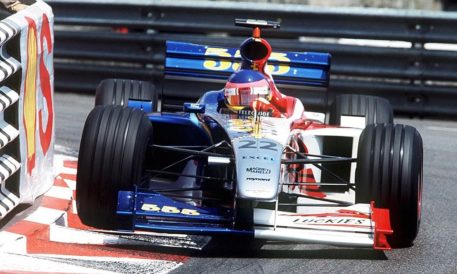 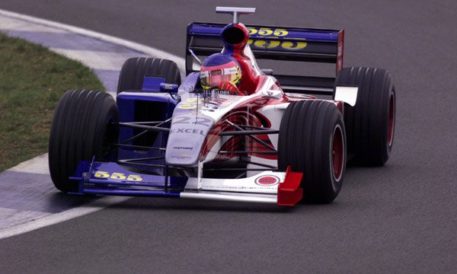 This Bell Dominator helmet was painted, prepared, and used by Jacques Villeneuve for the 1998 season. In ’98 Villeneuve was in his third season with the Williams team and was the reigning 1997 World Champion and by the end of the season he had decided that he would join the newly founded British American Racing (BAR) team, co-founded and partly owned by Villeneuve’s personal manager, Craig Pollock, and by Adrian Reynard. This helmet was one of the first helmets used in testing of the new BAR Supertec 01 machine in preparation for the 1999 season.

The helmet, painted by Bell Sports Europe, bears a Bell identity sticker that has a “98-19” I.D. indicating that it was painted in 1998. It matches up to photos from pre-season testing in February for the 1999 season at the Kyalami circuit in Johannesburg South Africa where it was likely last used. This helmet bears Villeneuve’s customary red, green, blue, yellow, and pink ‘V’ design which he wore throughout his career. The helmet shows light use and it has all of Villeneuve’s requested alterations with the top cheek vents closed-off with heli-tape and extra foam added around the eye-port. It comes as last used by Villeneuve, with its radio still installed. The visor bears the logos of BAR’s sponsors Lucky Strike/Teleglobe on the sun strip. There are two unused tear-offs remaining on the visor with the top one signed by Villeneuve. The helmet comes in its original Bell carrying bag with “J.V. 98-19” handwritten annotations on it and with the handwritten “19” in black instead of a crossed-off “18”.

This helmet comes directly from Jacques Villeneuve’s personal collection and comes with a full Certificate of Authenticity.