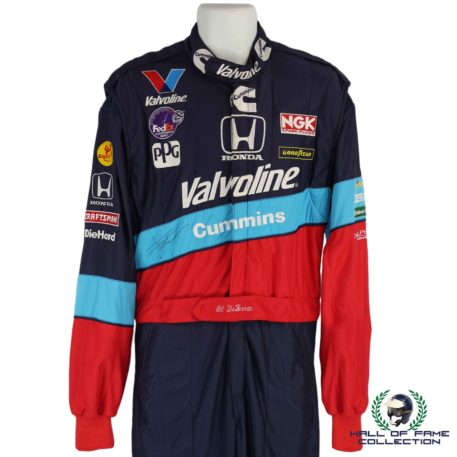 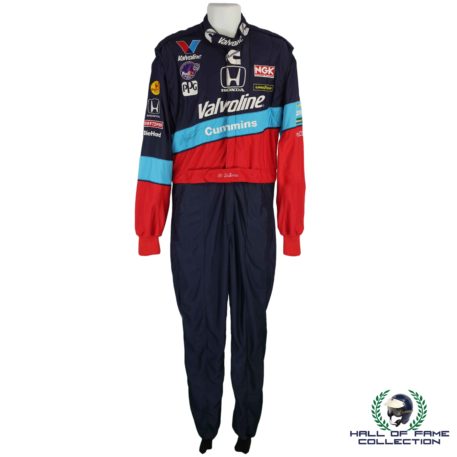 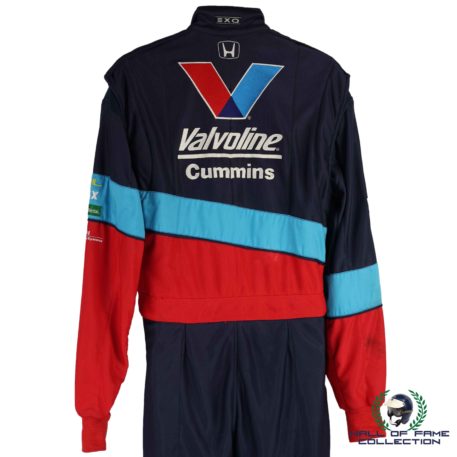 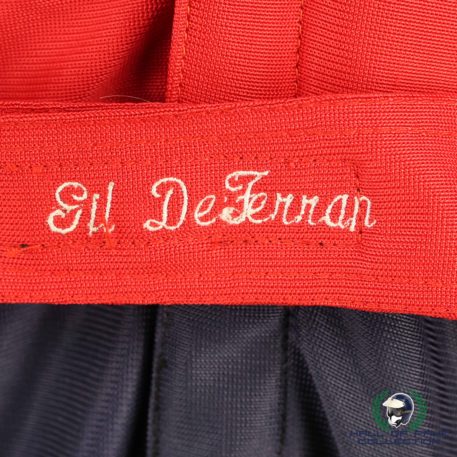 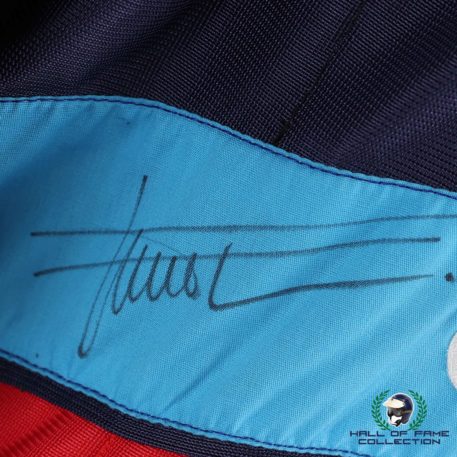 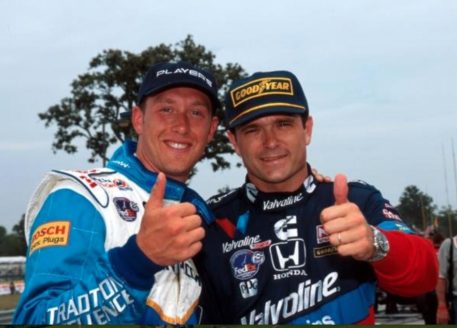 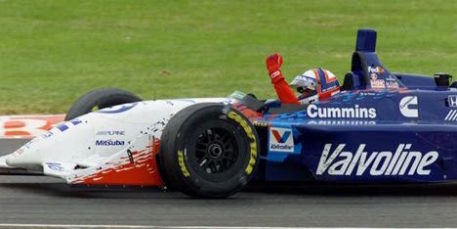 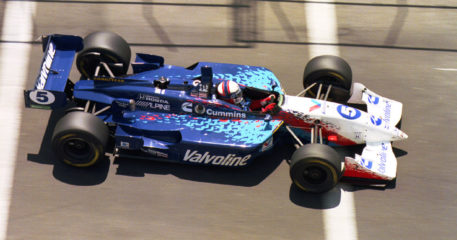 Gil de Ferran is a French-born Brazilian professional racing driver and former team owner. de Ferran was the 2000 and 2001 Champ Car Champion driving for Team Penske and was the winner of the 2003 Indianapolis 500. He also finished runner-up in the American Le Mans Series LMP1 class with his own de Ferran Motorsports team.

This suit was race used in 1998 and also can be seen being used in the 99 season. It has been hand signed by the Brazilian driver and comes with a COA.