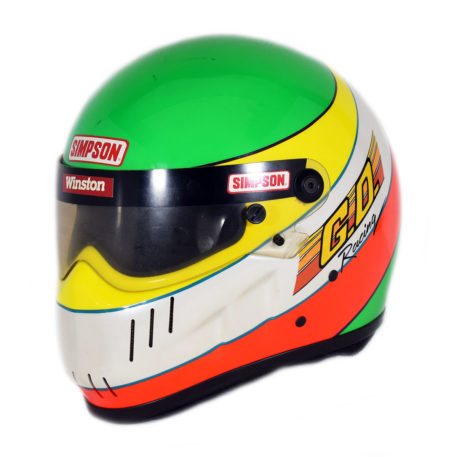 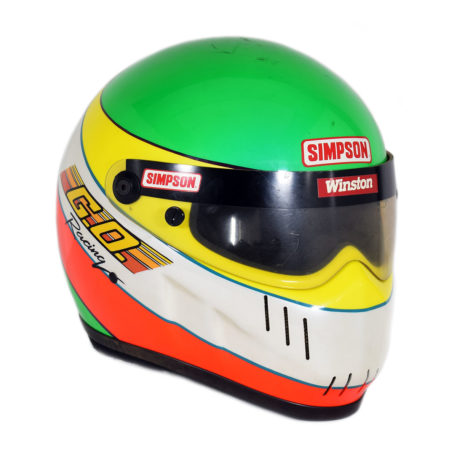 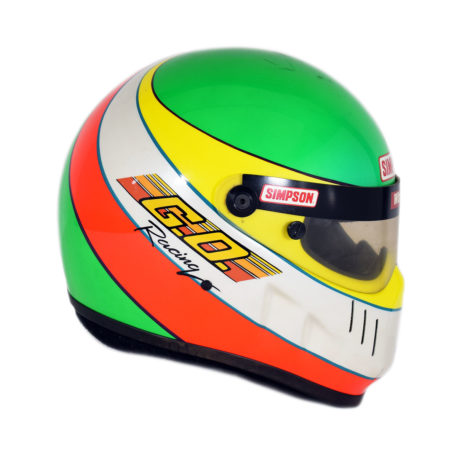 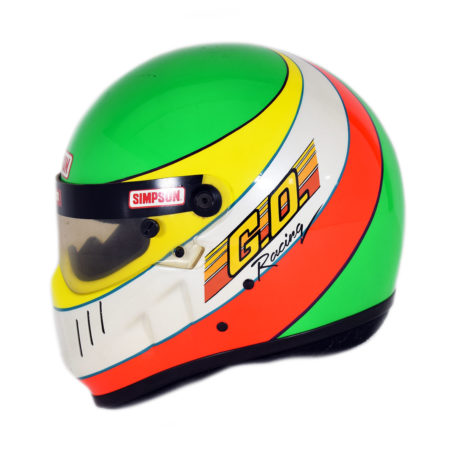 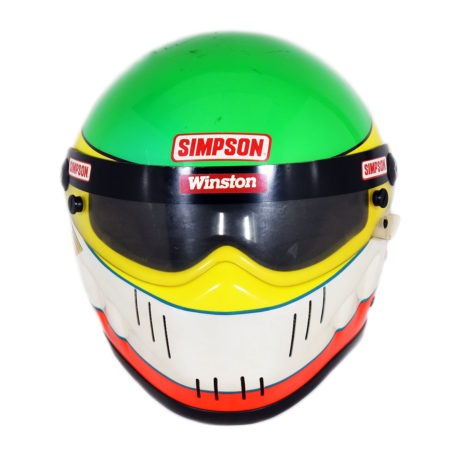 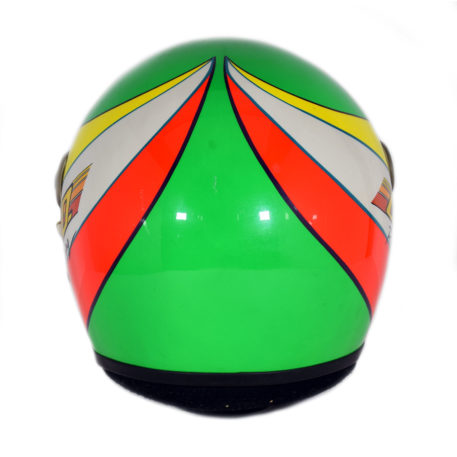 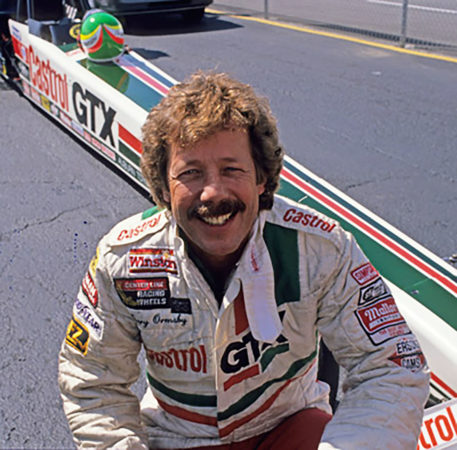 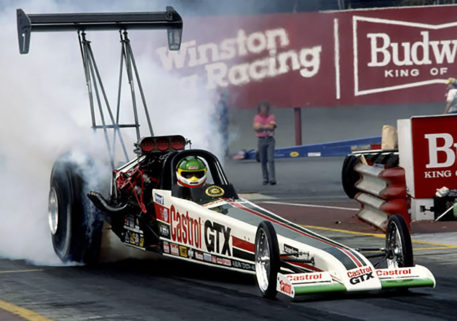 Gary Ormsby was one of the best drag racers to come out of northern California. He first began racing fuel dragsters in the early 1960s, In 1983 Ormsby entered the Top Fuel class and in seven short years he made an incredible impression on the class. From 1984 through the end of 1990, he’d collected 14 victories and the 1989 season championship with a crew led by Lee Beard. Ormsby and Beard were no flash-in-the-pan. In their championship-defence season, they stormed back with another six victories and nearly pulled off a second title, losing the deciding race in the finals of the 1990 NHRA Finals in Pomona. What few knew was that Ormsby had been diagnosed with cancer in mid-1989, and won the championship carrying that heavy burden on his shoulders. He competed for the last time at a match race in late May 1991 at Heartland Park Topeka, where he defeated Lori Johns in three straight rounds. Ormsby passed away in August 1991 aged 50.

This Simpson Bandit helmet would have been used by Ormsby during those 89-90 NHRA Top Fuel seasons. Its fluorescent green base color has thick yellow, white and red bands (edged in black and blue pin-striping) running from the chin around the helmet finishing in points at the top back of the helmet. In the white band there is Ormsby’s G.O. Racing logo over yellow, orange and red stripes. The Visor has Simpson and Winston decals applied.