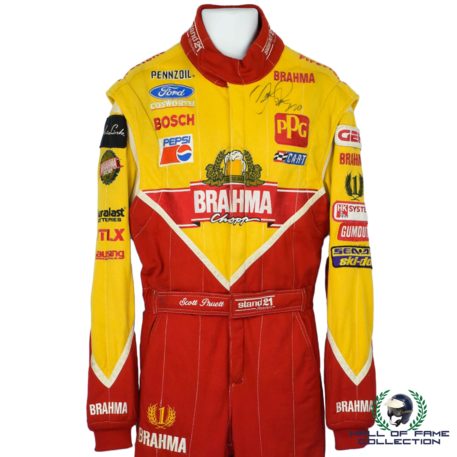 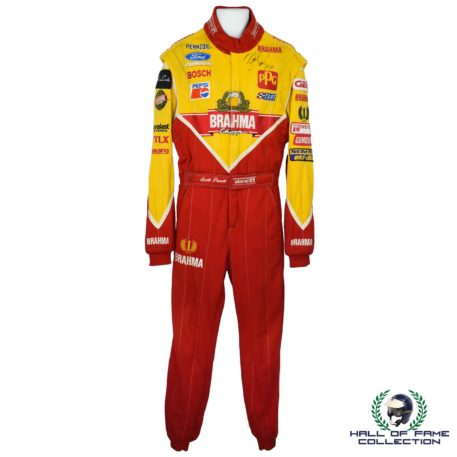 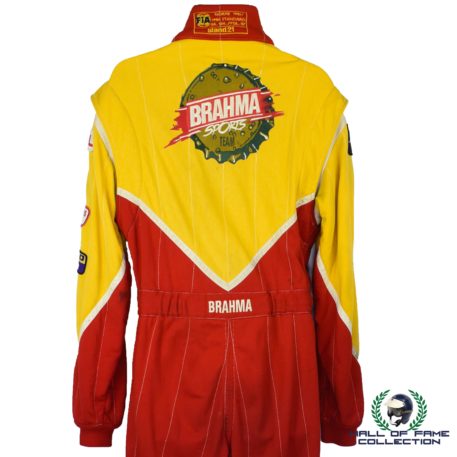 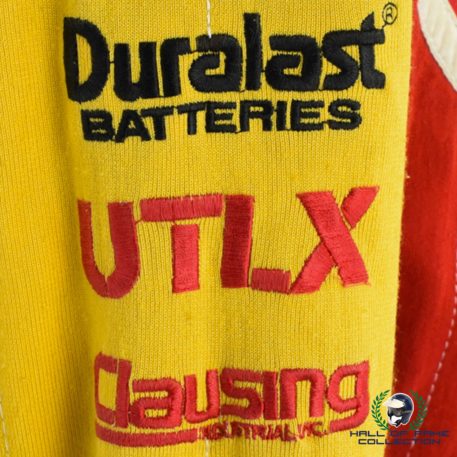 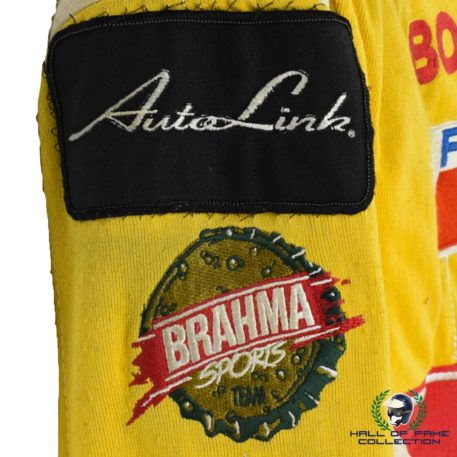 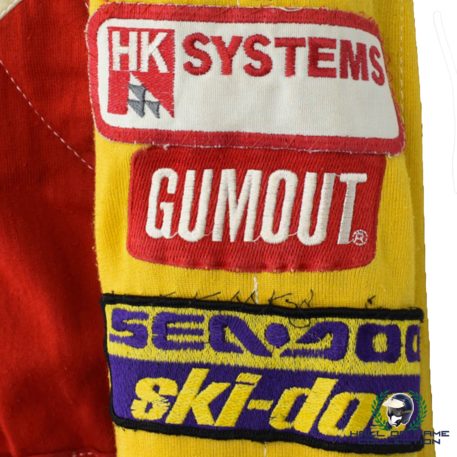 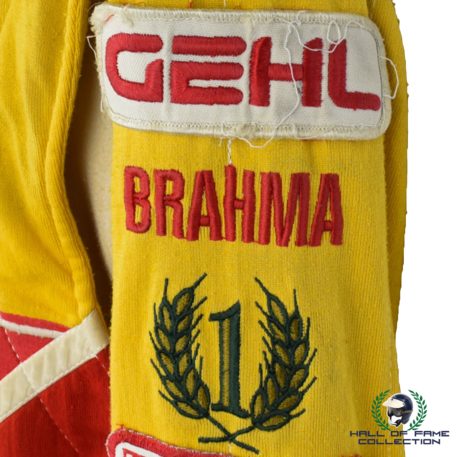 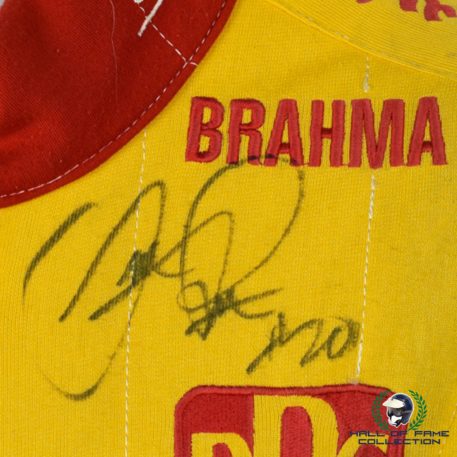 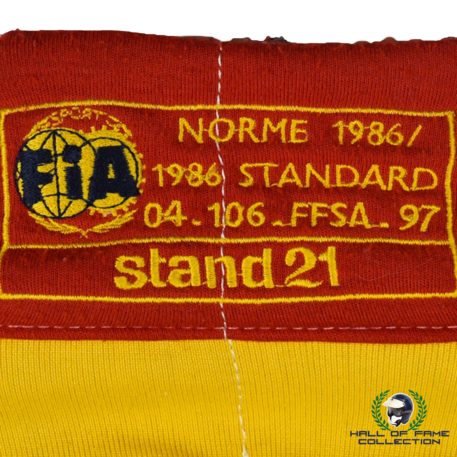 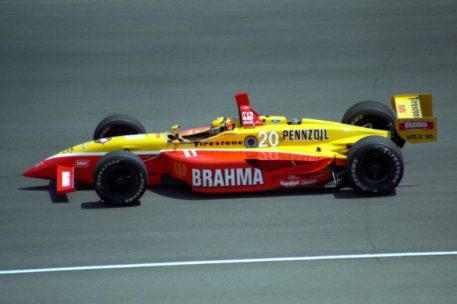 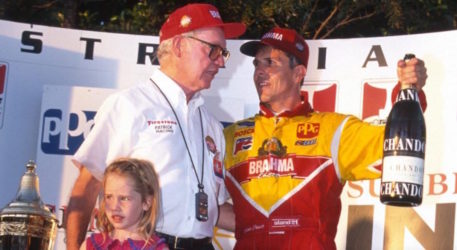 Original race-worn suit from Scott Pruett worn during the 1997 CART Series season while driving for Patrick Racing in their Ford-powered Reynard.

Pruett drove for Patrick Racing for a total of 4 years and usually made the top ten in the series championship. In 1995 he was in contention for the Indy 500 until crashing late with 18 to go, although soon he would win his first CART race at the Michigan 500 by beating Al Unser Jr by .56 seconds. His best CART career championship finish was in 1998 finishing sixth in points with three podium finishes and one pole position. During the 1997 season Pruett had his second and final victory as a CART driver at the Surfers Paradise street circuit in Queensland, Australia.

The Stand 21 suit is in yellow and red and has main sponsor’s Brahma Beer branding logo displayed prominently on the front and back. Other branding logos on the suit include PEPSI, BOSCH, Ford Cosworth, PPG and Penzoil just to name a few. Pruett’s name and the Stand 21 branding logo are embroidered onto the waist belt.