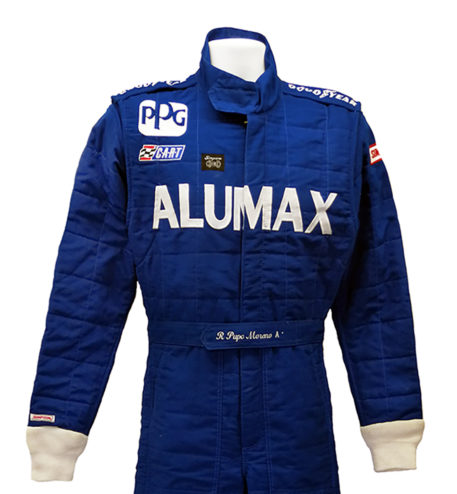 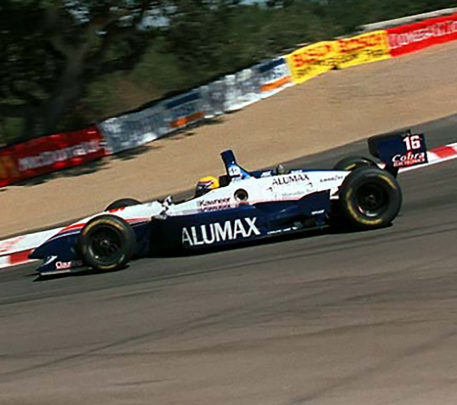 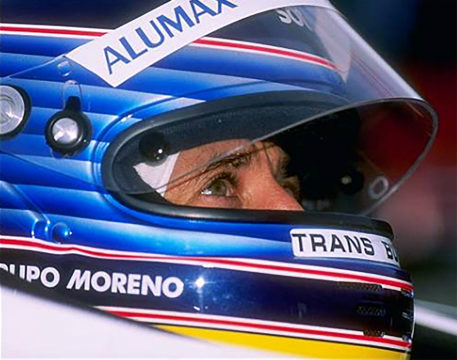 Simpson race used suit worn by former Brazilian F1 driver Roberto Moreno. It was used during a two-race stint while driving for the Bettenhausen Motorsports team in 1997. Moreno was invited to drive the Mercedes-Benz powered Reynard for the team as a result of their main driver Patrick Carpentier breaking his collarbone.

The all-blue suit has the team’s main sponsor Alumax white lettering embroidered across the front. The suit also has PPG and CART patches on the right upper chest, and tire supplier Goodyear is on the shoulder pulls. Moreno’s name and blood group have been added to the waistband.