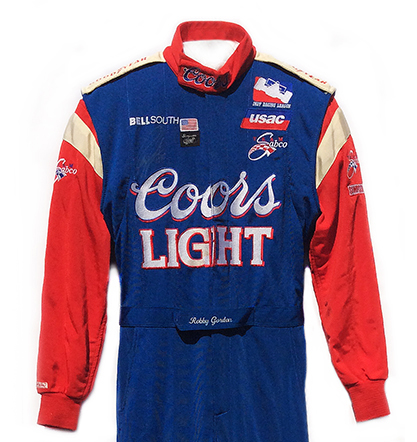 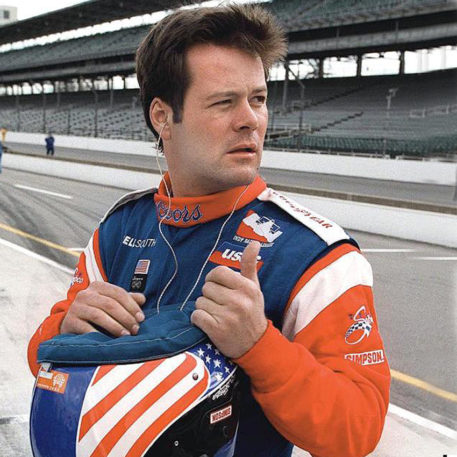 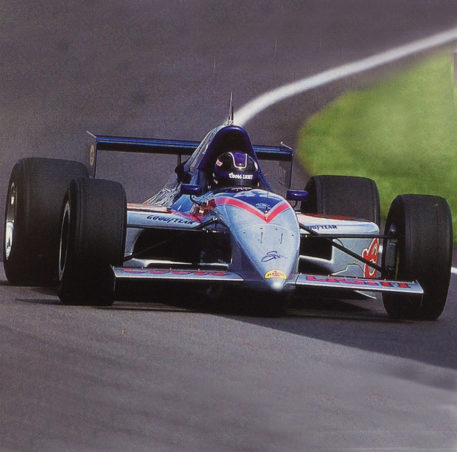 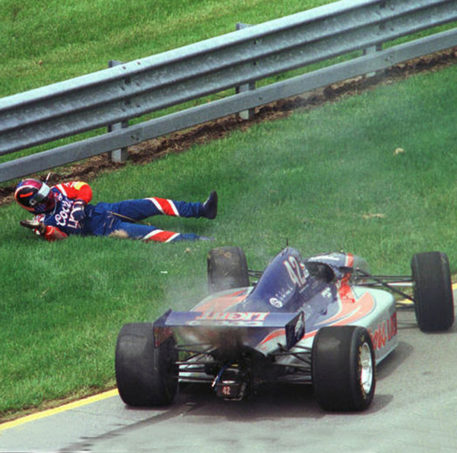 A Simpson race suit worn during the month of May at the 1997 Indianapolis 500 by versatile American driver Robby Gordon.

Gordon has competed in NASCAR, CART, IndyCar, Trans-Am, IMSA, IROC and Dakar Rally. He currently runs and races in the Speed Energy Formula Off-Road series, which he formed in 2013.

Driving for Team SABCO, Gordon qualified twelfth for the 1997 race and was challenging for the lead when his car caught fire and Gordon had to evacuate, thus ending his race.

The mainly blue suit has red arms and collar with red and white stripes running around the legs. It has major team sponsor Coors Light branding on the front and back of the suit, along with BellSouth and USAC/IRL logos embroidered on either chest.

Suit is personally signed by Robby Gordon and comes with a full Certificate of Authenticity.