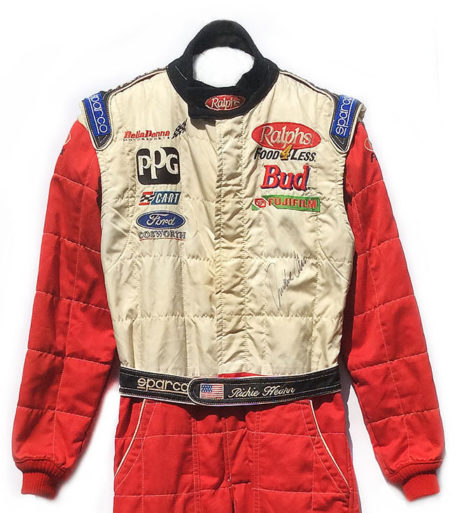 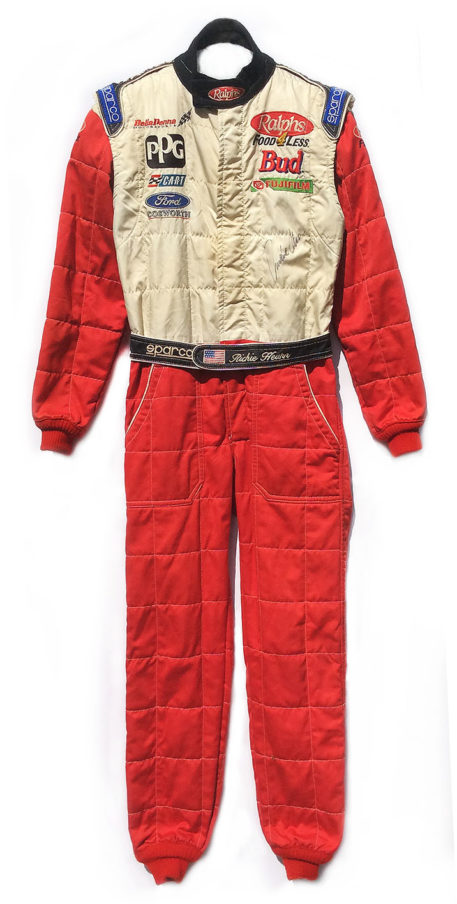 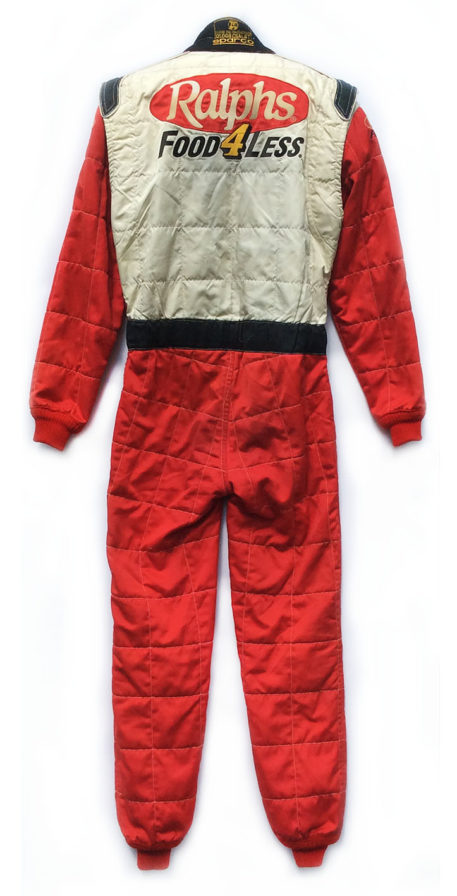 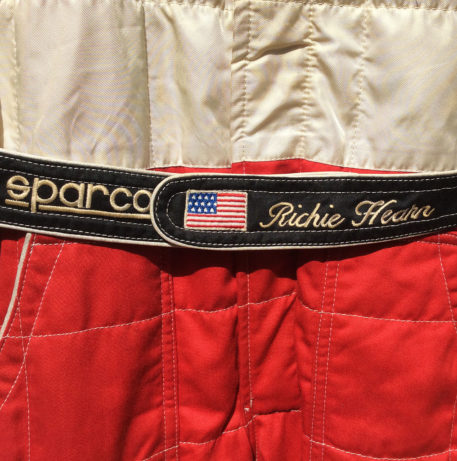 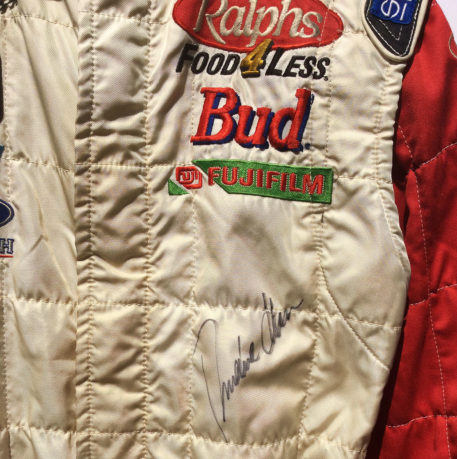 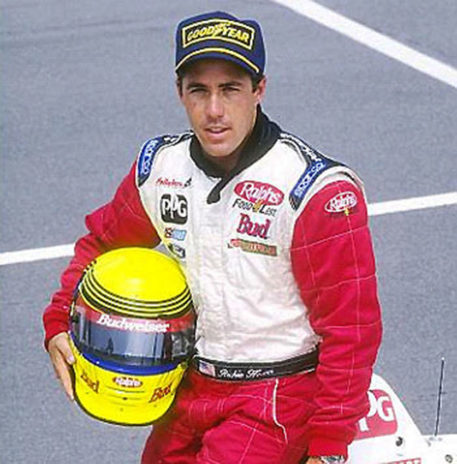 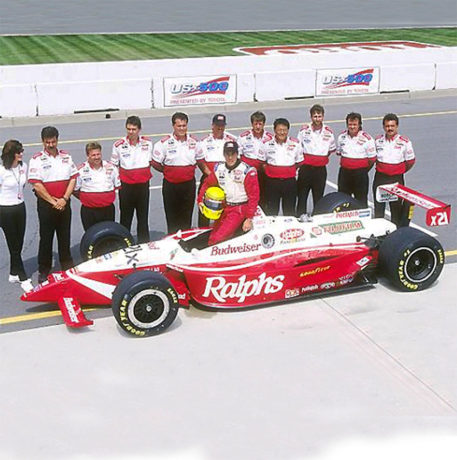 Suit was worn while Hearn was driving for the Della Penna Motorsports Team in 1997. Hearn drove for the team over four years in Both the CART Championship and Indy Racing League, notching one win and numerous top ten finishes.

This red and white suit has the Della Penna Motorsports long running team sponsor, Ralphs Food 4 Less embroidered logo across the back. Also has Ralphs, Bud, Fuijfilm and Ford logos to the front.

Suit has been personally signed by Richie Hearn and comes with full Certificate of Authenticity.