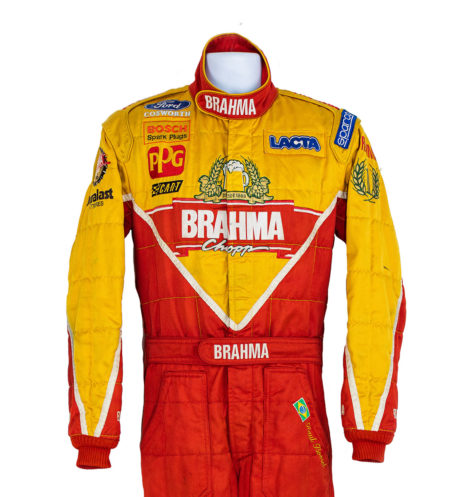 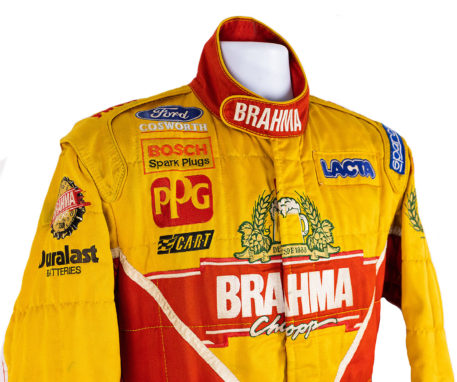 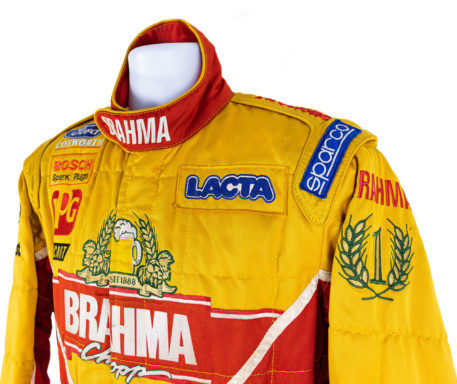 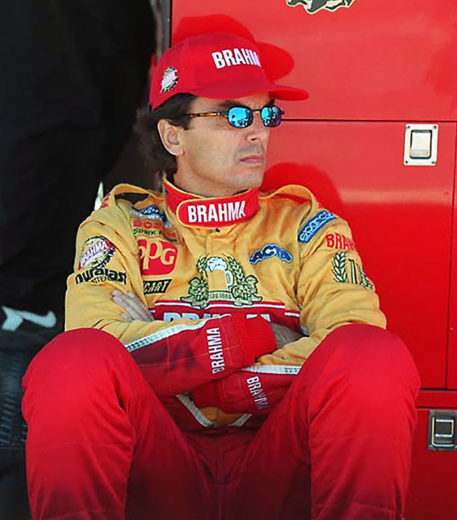 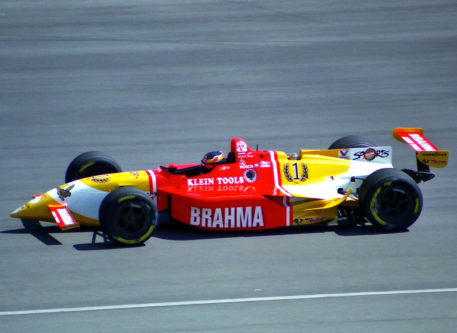 Race suit was worn by Brazilian Raul Bosel. The former World Sportscar Champion and Formula One driver used the suit while driving for the Patrick Racing organization in the 1997 CART IndyCar Series. This was the only season he drove for Patrick Racing.

The Sparco red, yellow and white suit has Brazilian beer brewers ‘Brahma’ as it’s main sponsor. Their branding is embroidered on the suit’s back, front, arms, neck and waist belt. Bosel’s name is on the left leg pocket along with his national flag.

This is a great looking suit which would be an eye-catching addition to any collection.