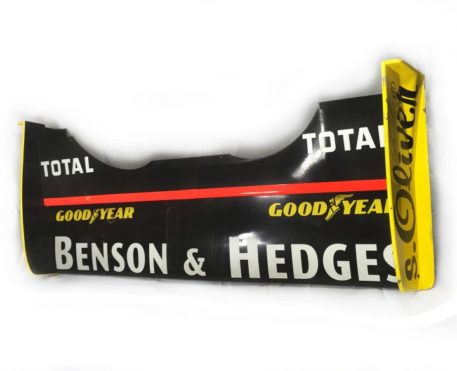 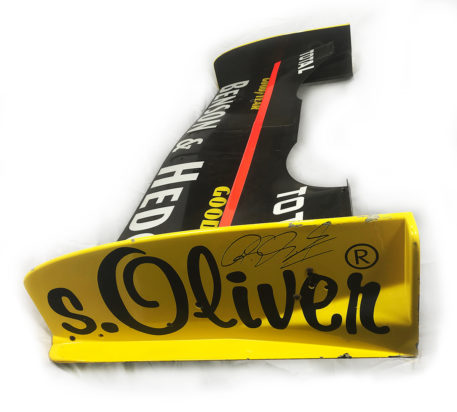 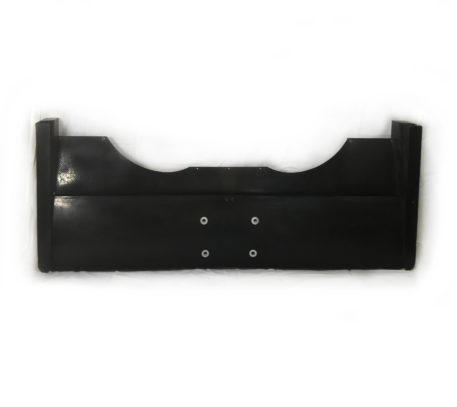 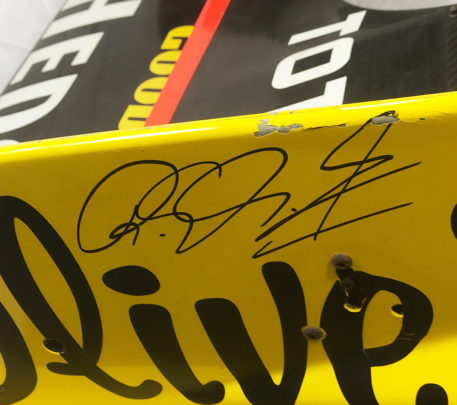 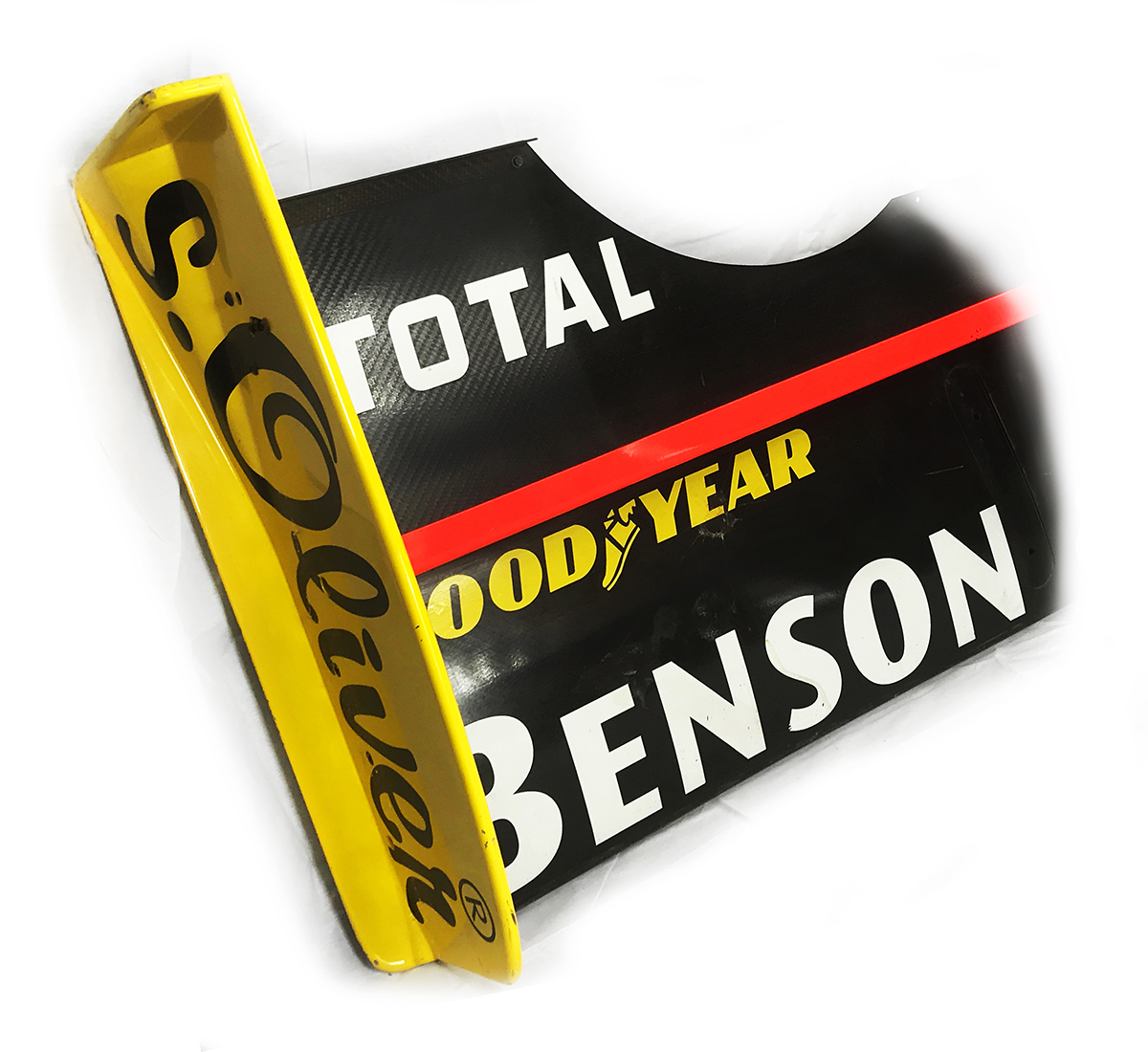 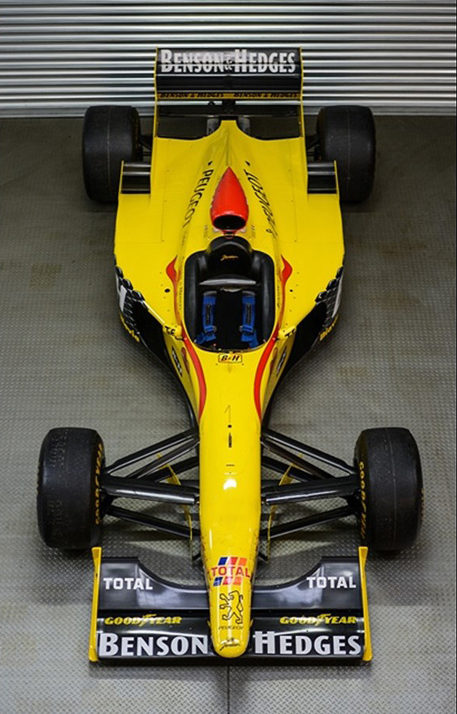 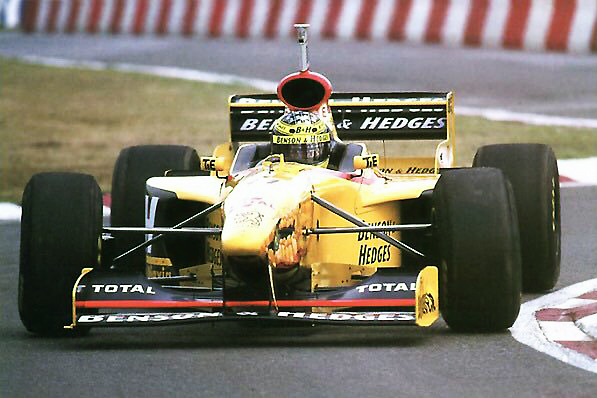 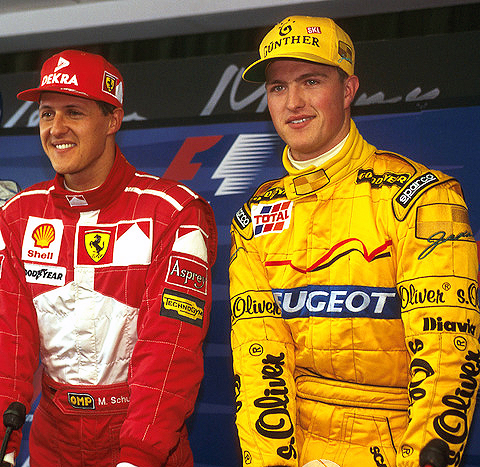 Front wing set up that was used on the 1997 Jordan Racing, Peugeot powered 197 of Ralf Schumacher.

Great piece of Formula 1 memorabilia, which has the Benson and Hedges/Total and Goodyear sponsorship on the air deflectors and S.Oliver logo on the end plates.

Comes with a full Certificate of Authenticity.