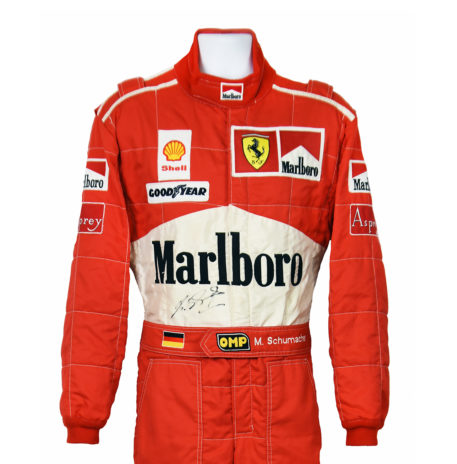 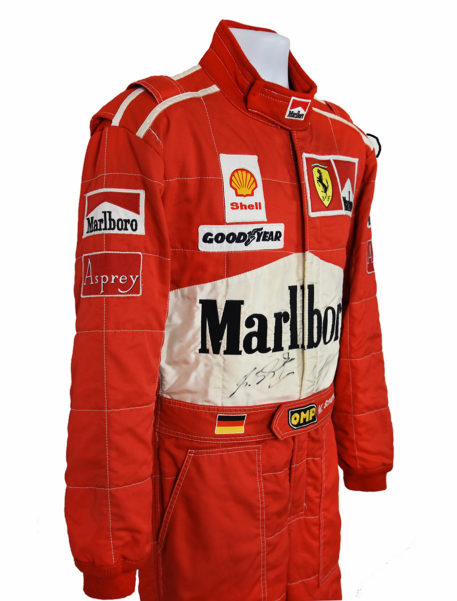 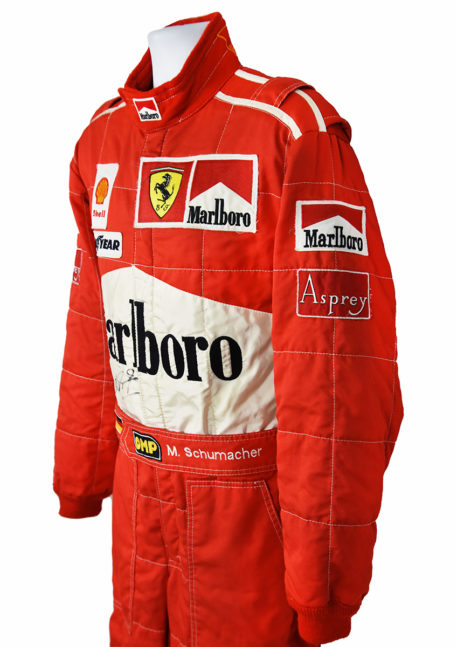 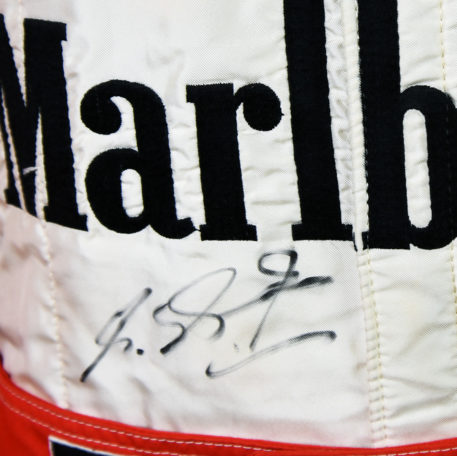 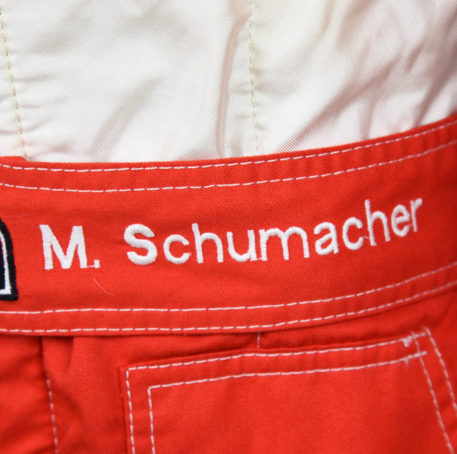 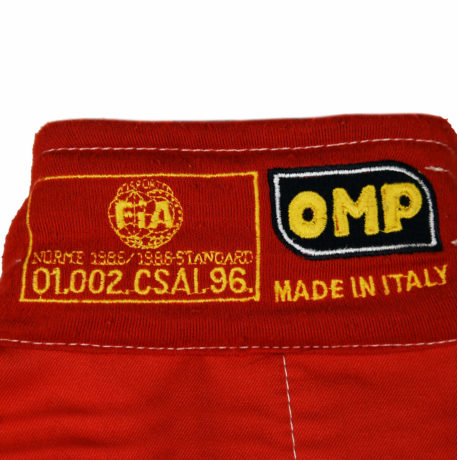 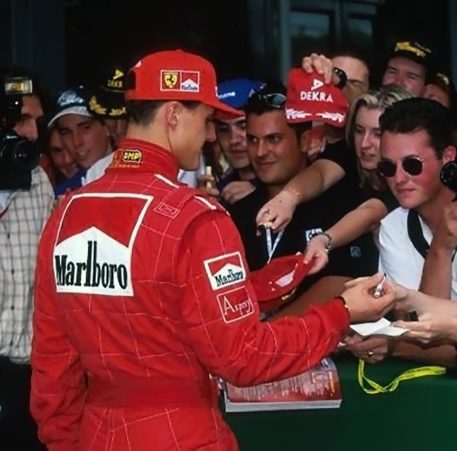 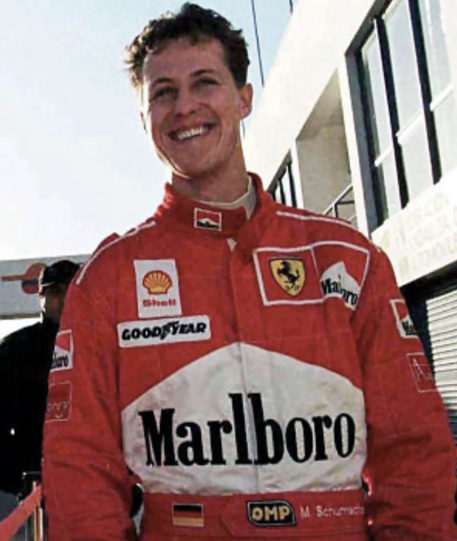 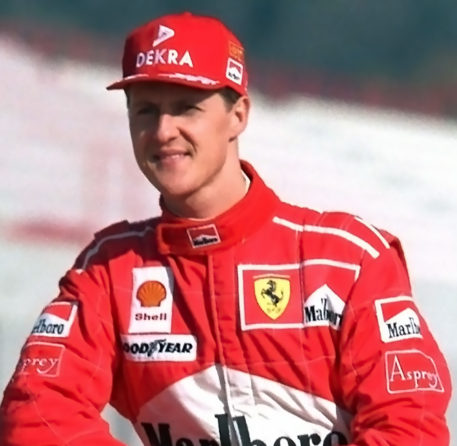 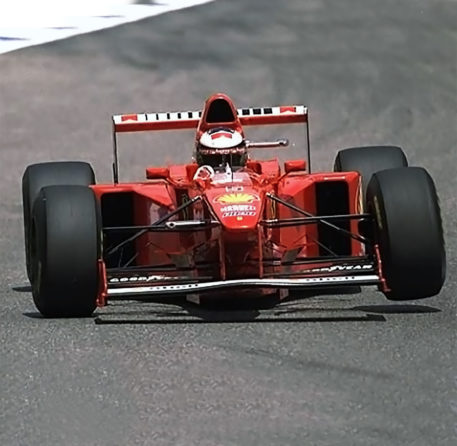 This OMP suit was worn by Michael Schumacher during the 1997 Formula 1 season and matched as one used at the Australian Grand Prix. The event at the Albert Park Grand Prix Circuit in Melbourne was the first race on the 1997 calendar and the one and only race of the season that Schumacher’s personal sponsor ‘Technogym’ patches were not applied to both the arms of his race suits. Schumacher placed second in the race in what was to be a highly controversial season for the German driver. After having six wins and leading the Championship he and his nearest rival Jacques Villeneuve battled for the lead in the final round at European Grand Prix. Both cars collided and it was deemed by the FIA ruling body the Schumacher deliberately rammed Villeneuve whilst trying to defend his race lead and disqualified him from the season and stripped him of his second place in the championship.

The Ferrari red suit has the full Major sponsor ‘Marlboro’ chevron tobacco branding to both the front and the back of the suit. More ‘Marlboro’ logo patches can be found applied to both arms, neck, and the left chest. The left chest also has the Scuderia Ferrari ‘Prancing Horse’ shield. To the right side of the chest are Shell Oil and Goodyear logo patches. Also added to both arms are Jewellers ‘Asprey’ lettered patches. Schumacher’s name and national flag are embroidered to the waist belt. The suit has been personally signed by Michael Schumacher on the front midriff with a black marker pen and will be accompanied by a full Certificate of Authenticity.

This is a great opportunity it acquire one of seven times World Champion Schumacher’s rare and highly sort after Ferrari race suits. With an added desirability of it being used in one of the most controversial seasons in the history of Formula 1.