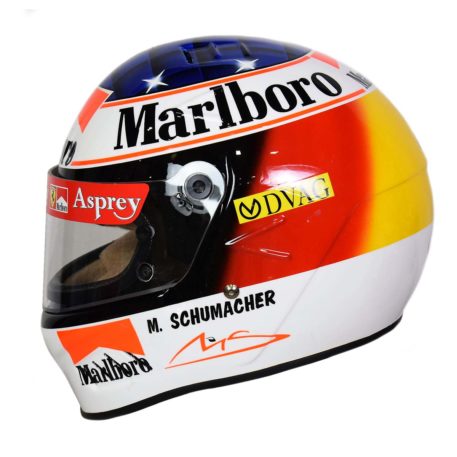 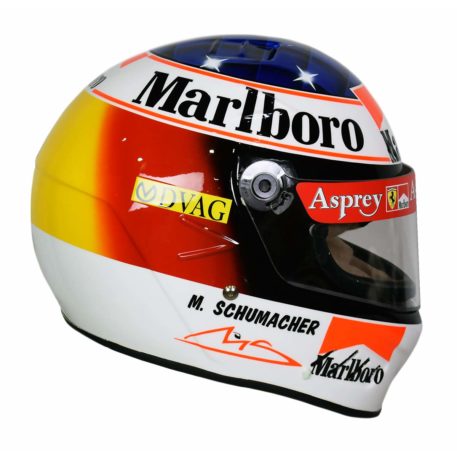 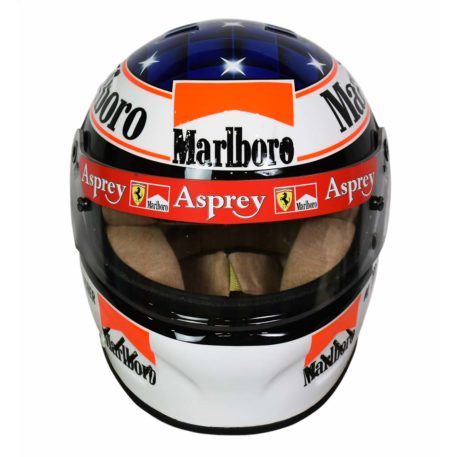 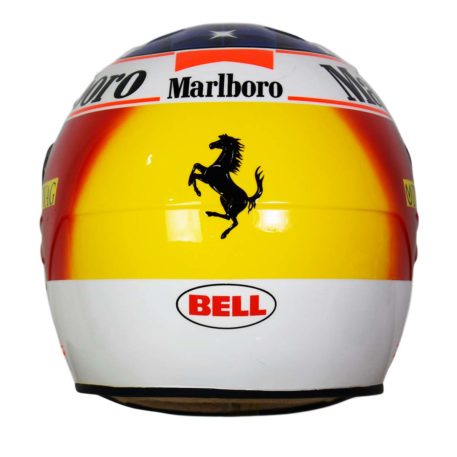 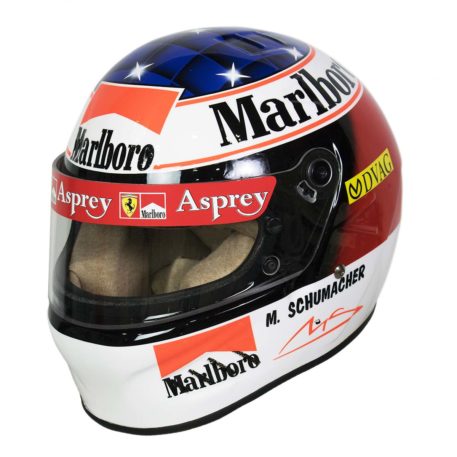 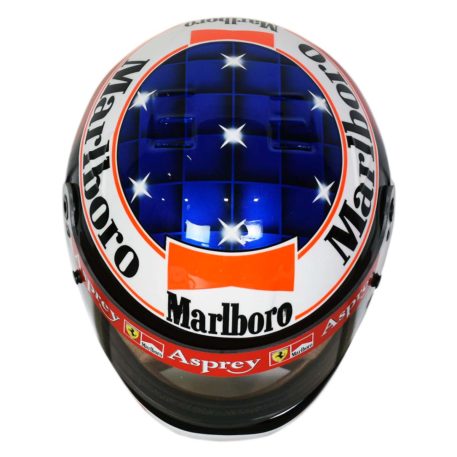 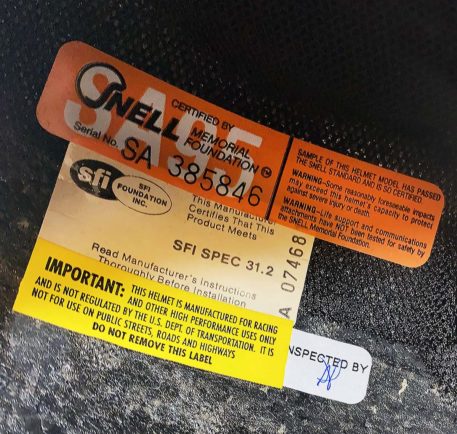 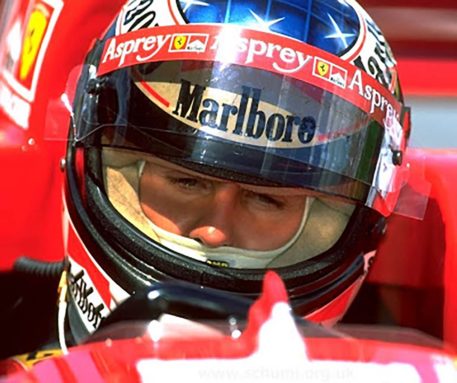 Bell replica helmet which is an exact reproduction of the Vortex model Michael Schumacher would have worn during the 1997 Formula One World Championship. The excellent paintwork is on par with the original helmets Schumacher would have worn during races. The black, red, and yellow wide faded band encircling the helmet represents Schumacher’s home nation’s colors. On the back yellow section is the Scuderia Ferrari’s black ‘Prancing Horse’ logo, and on the red section is a DVAG branding logo decal. The blue graphic square design on its top has seven stars around its edge and one in the center. Dividing these two motifs is a white band with orange pin-striping that has the Marlboro chevron logos and lettering within the band. Marlboro was Ferrari’s main sponsor at the time. The bottom third is in white and also has Marlboro chevron logos on its cheeks, with Schumacher’s name and logo on both sides. The visor has an Aspray/Marlboro sun strip attached to it and the helmet has the exact beige interior Schumacher would have had in his original helmets. Though this is not an official Bell Helmets replica we feel the quality is as good as an official one. It also comes at a fraction of the price of an official replica.