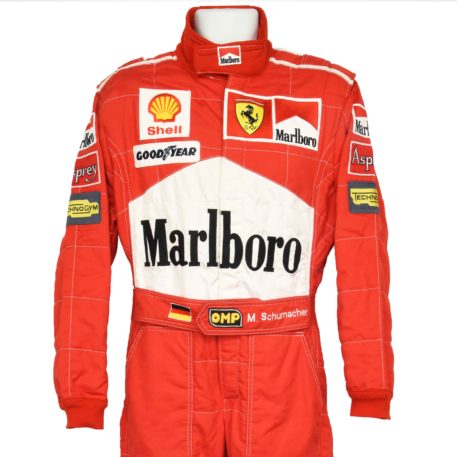 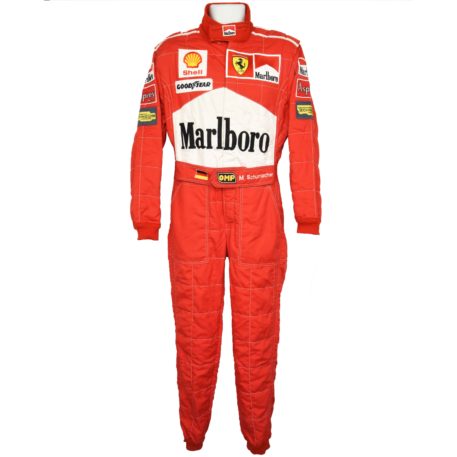 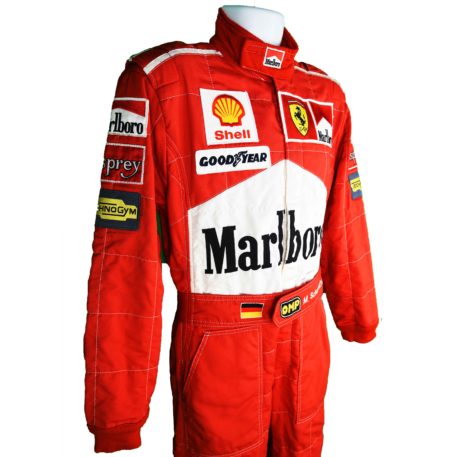 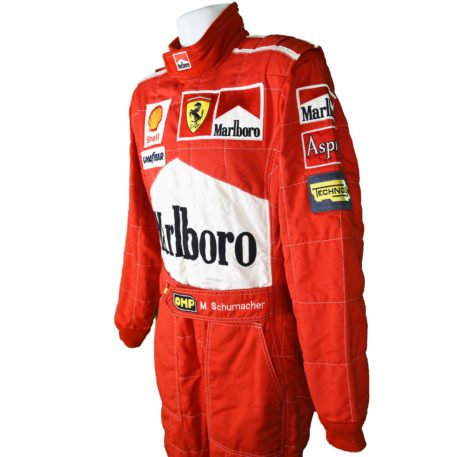 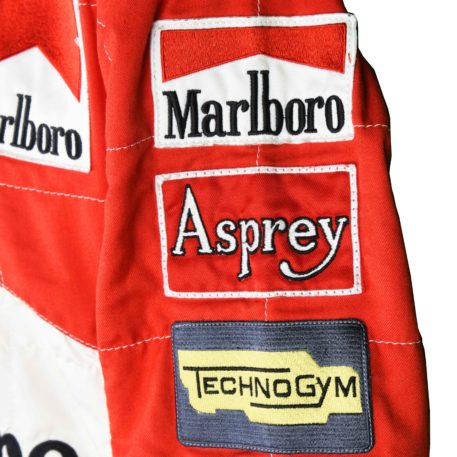 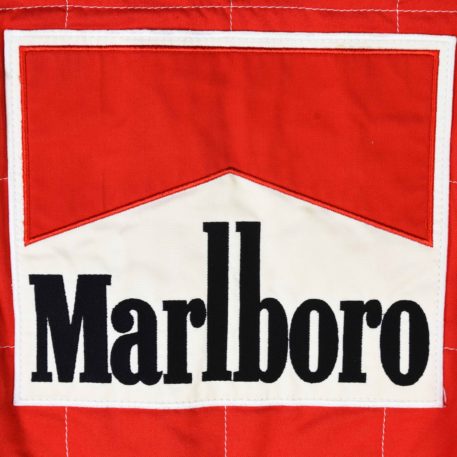 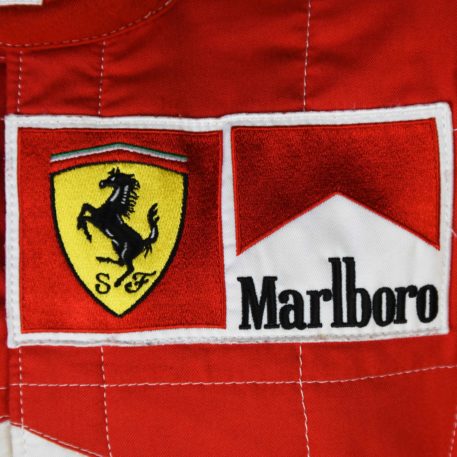 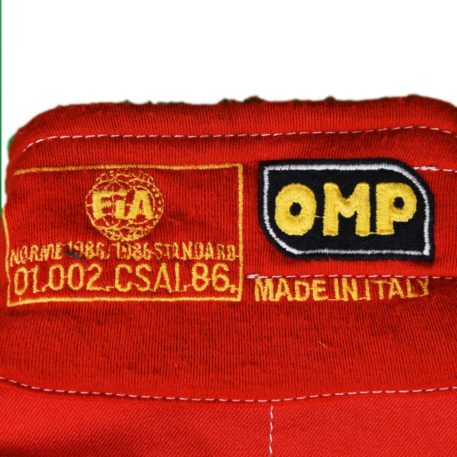 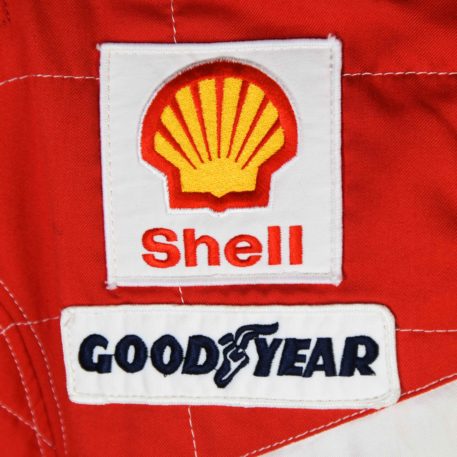 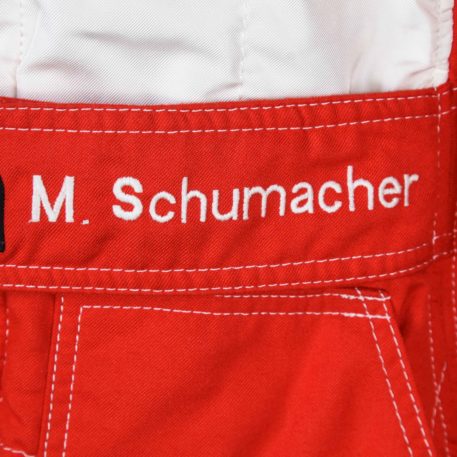 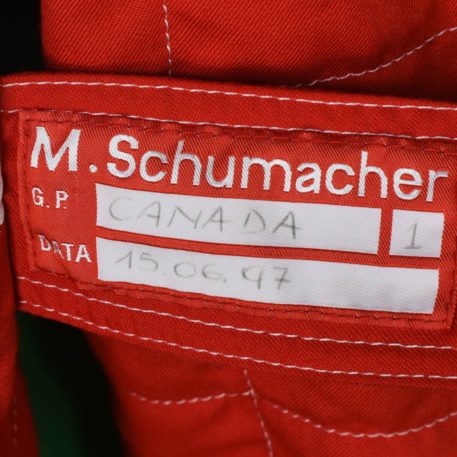 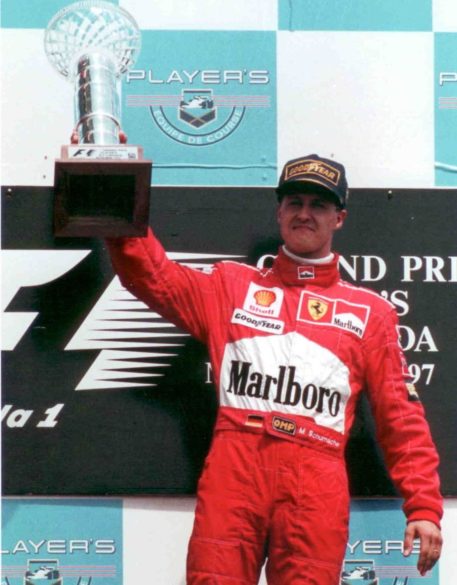 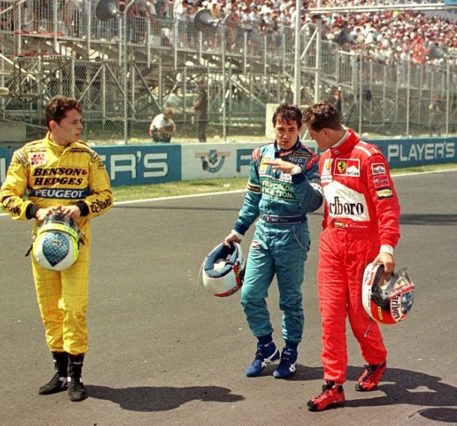 This race-used suit was worn by Michael Schumacher during his win at the 1997 Canadian Grand Prix. He would take the top step of the podium ahead of Jean Alesi (Benetton) in second and Giancarlo Fisichella (Jordan) in third. Schumacher led the first 27 laps of the race and then would swap leads with David Coulthard, until Coulthard was delayed for one lap with clutch issues. The race was stopped on lap 54 when Olivier Panis had a big crash, and this is also the race that the “Wall of Champions” was first made famous by Jacques Villeneuve when he crashed into the wall at the exit of the final corner.

The OMP suit is in Ferrari red with the Marlboro white chevron and black lettering featured prominently on the front. It also bears the now familiar Shell branding logo as well as the Ferrari “Prancing Horse” logo. Other branding patches can be found on both arms, including Asprey and TechnoGym.

Schumacher items are increasingly hard to obtain so don’t hesitate to make this part of your collection.