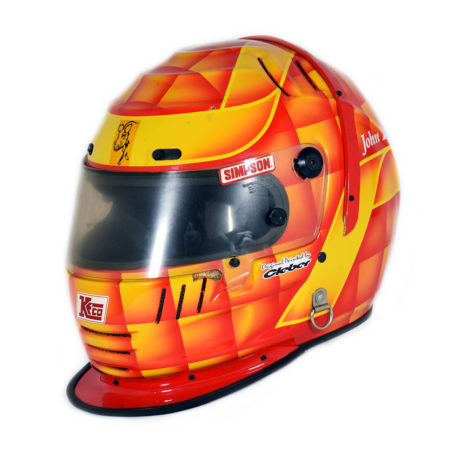 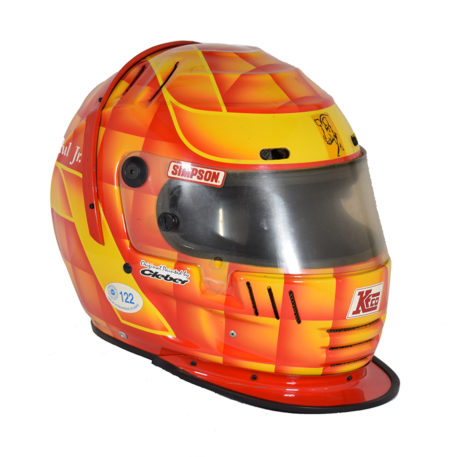 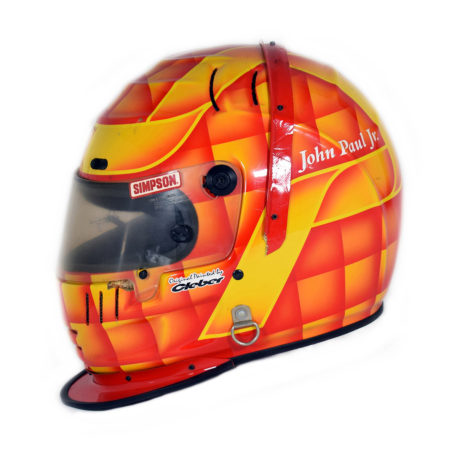 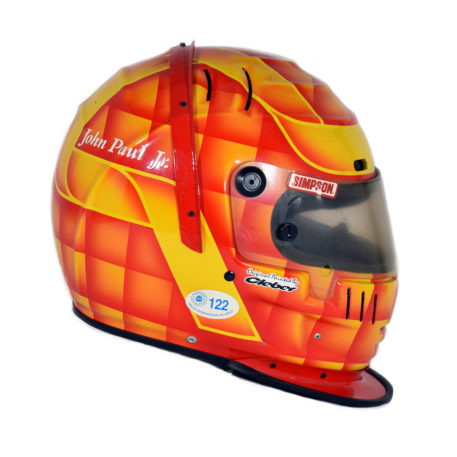 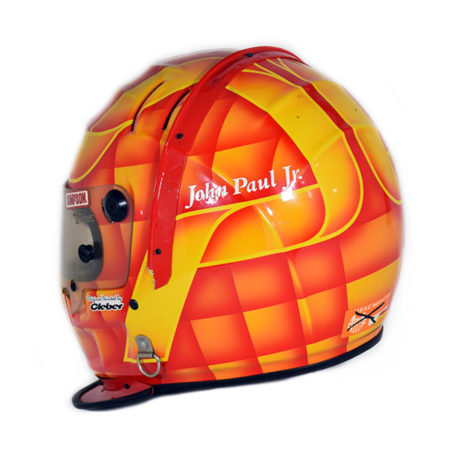 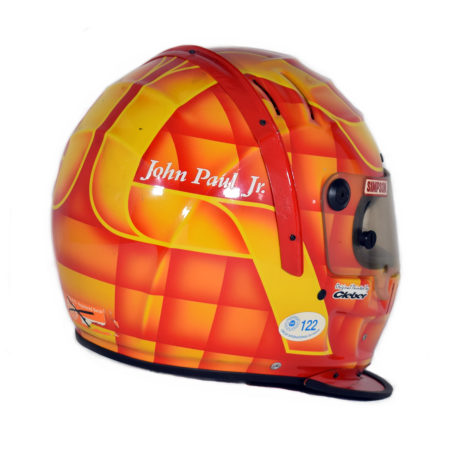 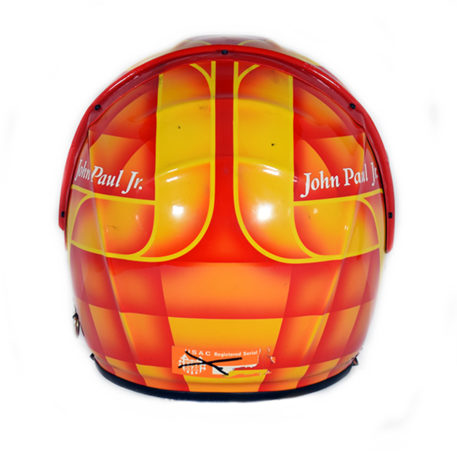 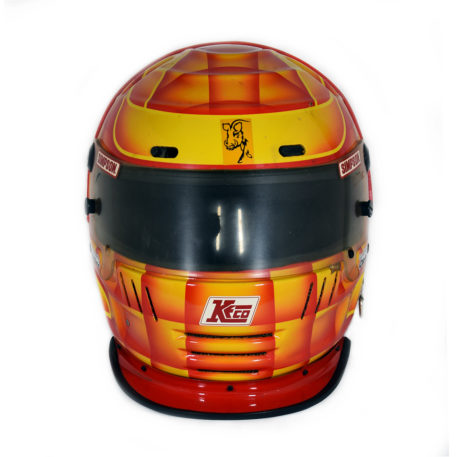 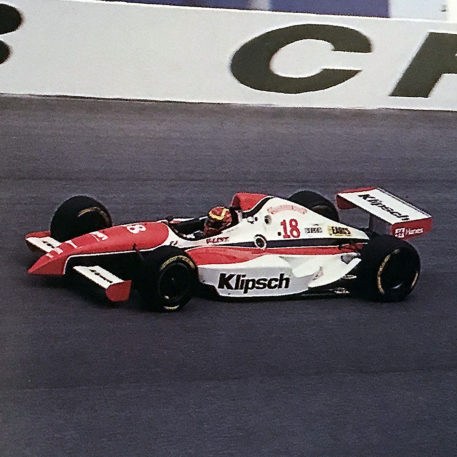 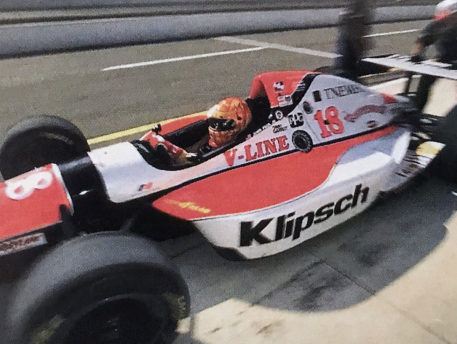 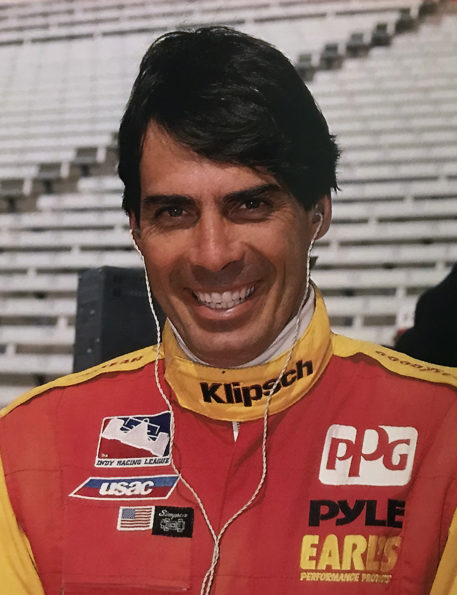 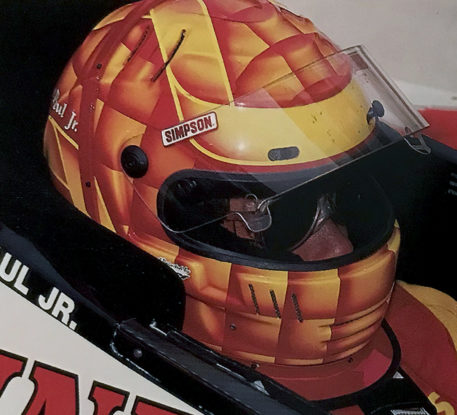 Stunning looking Simpson helmet which was worn by Sportscar and Indycar driver John Paul Jr. For the early part of the 1980s, few drove a sports car better than him. Driving for his father’s team, he twice won overall titles in the 24 Hours of Daytona, adding another endurance win in the 12 Hours of Sebring. In ’82, Paul became the youngest IMSA GTP champion in history at age 22. At the advice of Al Unser Jr., Paul moved to open-wheel racing and in his fourth start won CART’s 1983 500-mile race at Michigan International Speedway in a year-old car. In ’86, Paul’s racing career was interrupted when he served 2 ½ years in prison, for his involvement as a teenager in a drug trafficking ring with his father and subsequent refusal to testify against him. Paul returned to racing in the 1990s and needed time to regain traction with teams and sponsors. When Tony George founded the Indy Racing League for the ’96 season, Paul returned to Indy-car racing and won at Texas Motor Speedway in September ’98. That victory gave Paul a record that still stands today — winning IndyCar races more than 15 years apart.

This helmet was worn sometime during the 1997 IRL season where Paul Jr only drove seven races for the team due to a crash while practicing for the Indy 500, breaking both his leg and foot. The helmet was also used while testing for the English endurance sportscar team Dyson, at the Le Mans circuit in France.

The helmet has a red and yellow airbrushed squares effect covering its surface. There is a yellow band with red shading which runs and twists across the top front, over the crown to the back and returns to end down the sides. It also has a red chin spoiler and wicker added. Its USAC and Le Mans tech stickers are still in place.