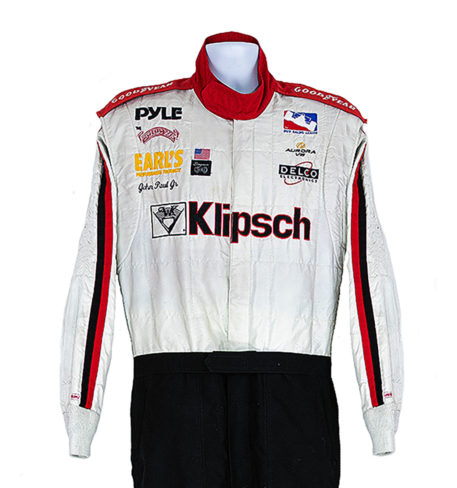 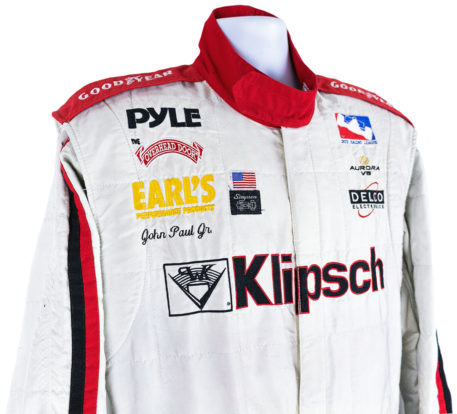 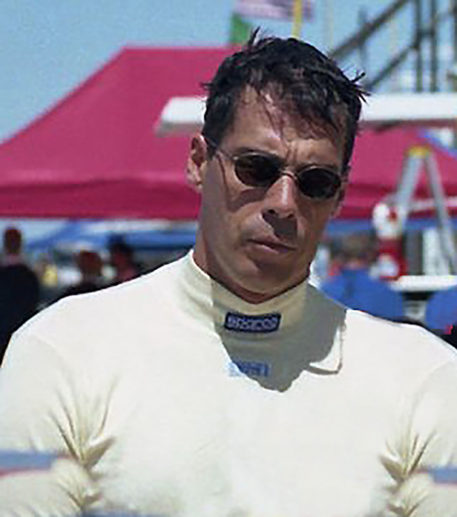 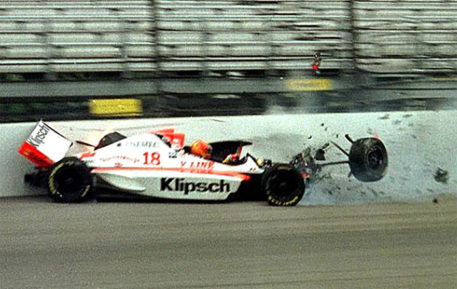 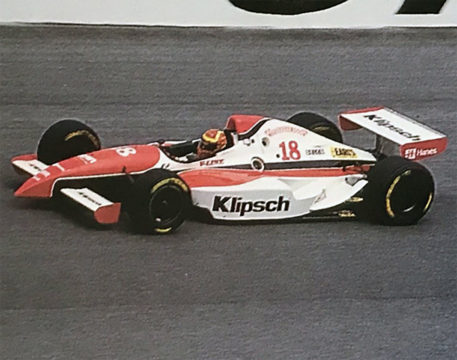 This suit is in white with black legs. It has a red neck and shoulder pulls with black and red stripes running down the sleeves. The main team’s sponsor Klipsch is on the front and back along with other sponsor/suppliers’ branding such as Tnemac, V-Line, Earl’s and KECO, just to name a few.

John Paul Jr. items rarely appear on the market, so don’t miss out on adding this to your collection today.