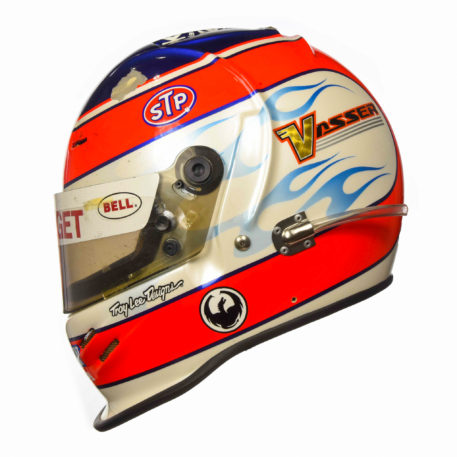 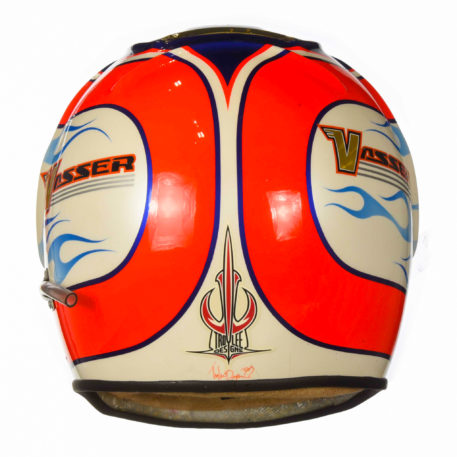 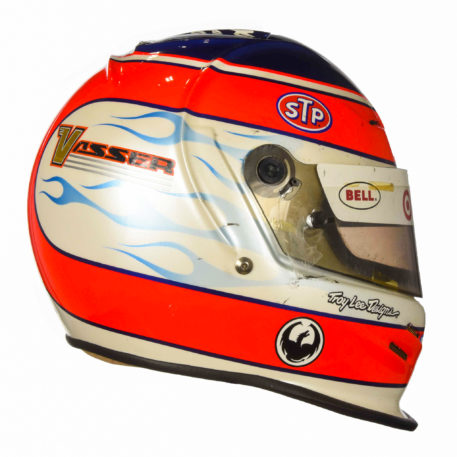 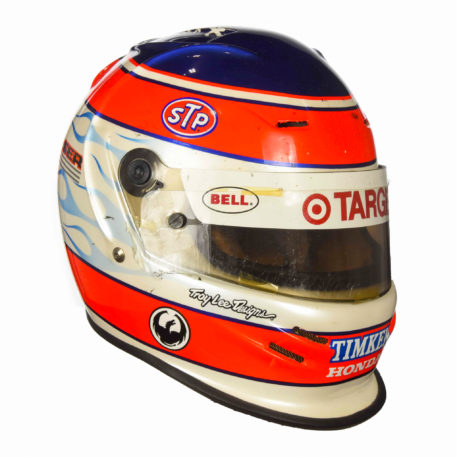 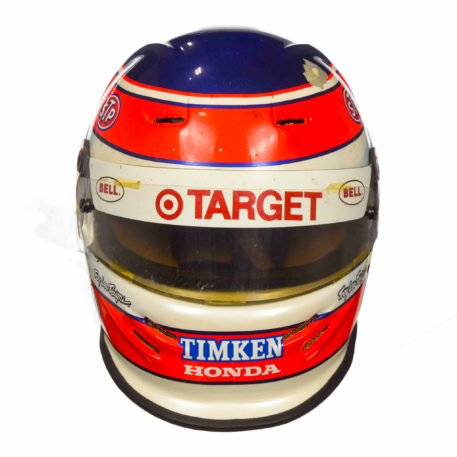 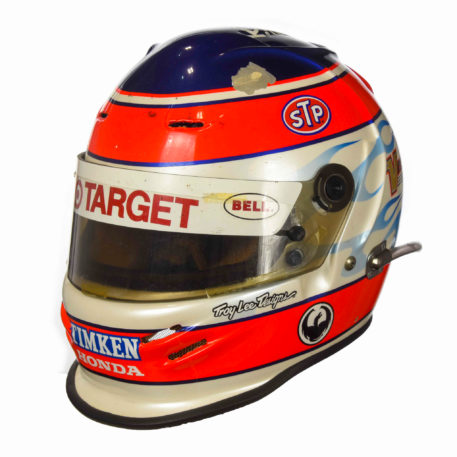 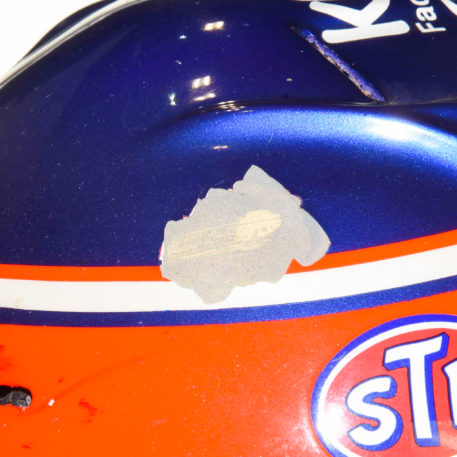 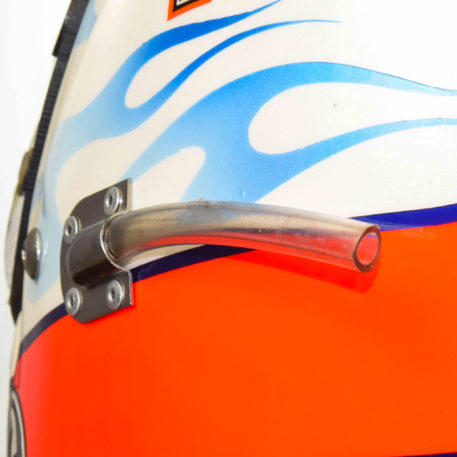 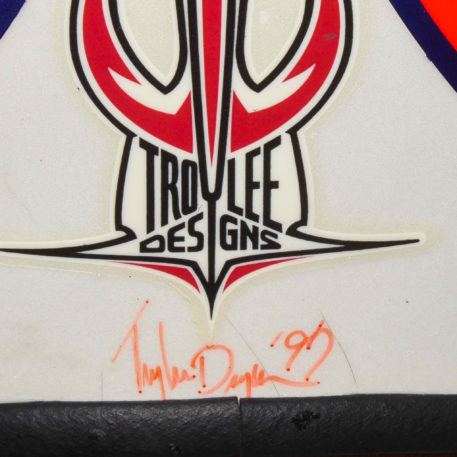 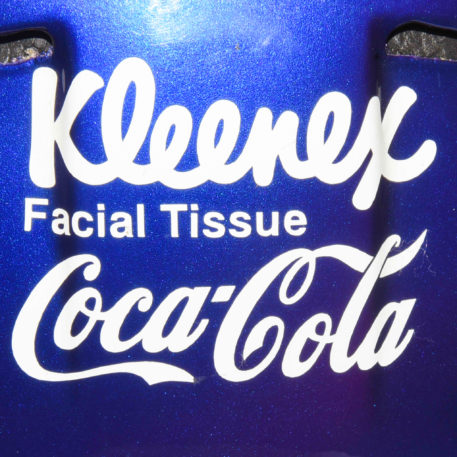 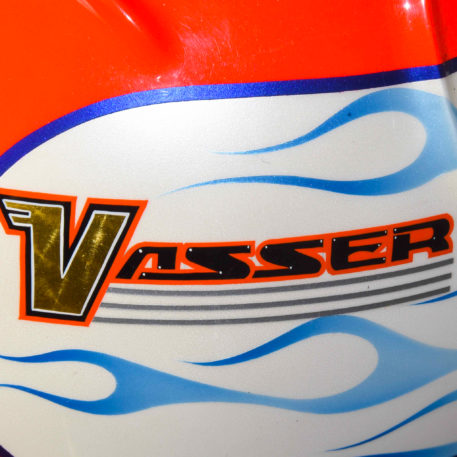 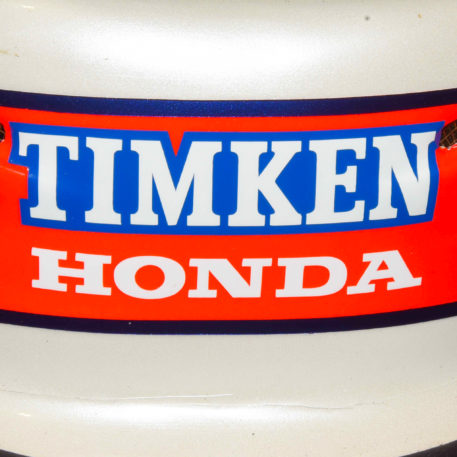 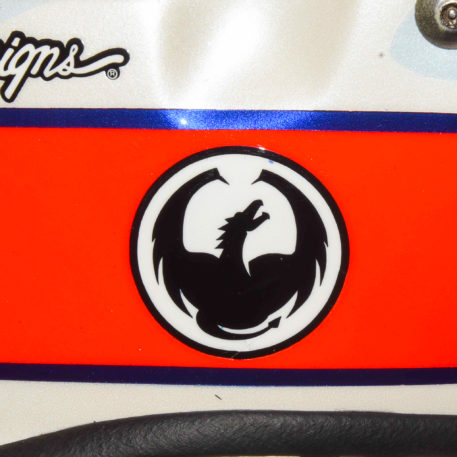 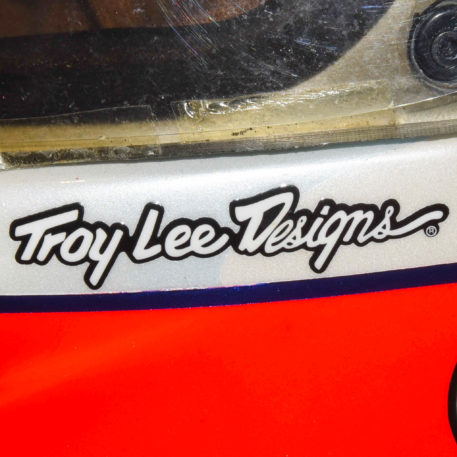 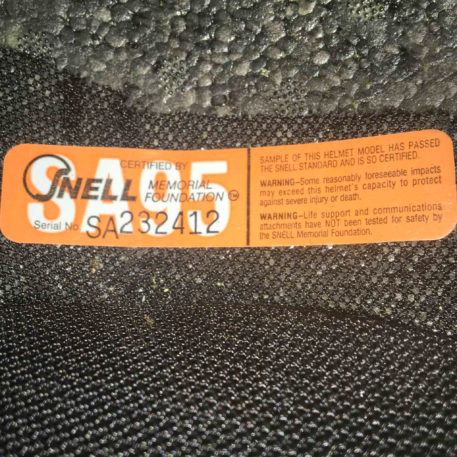 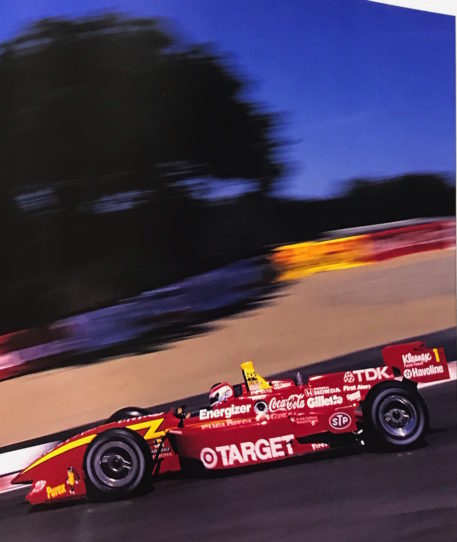 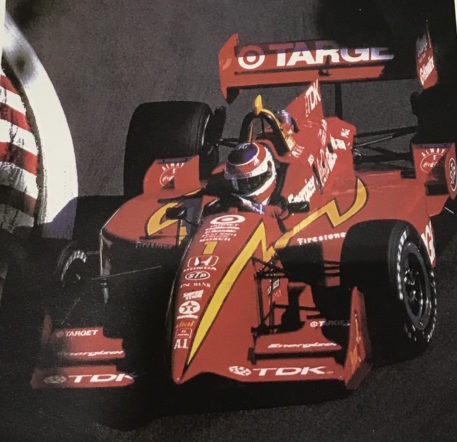 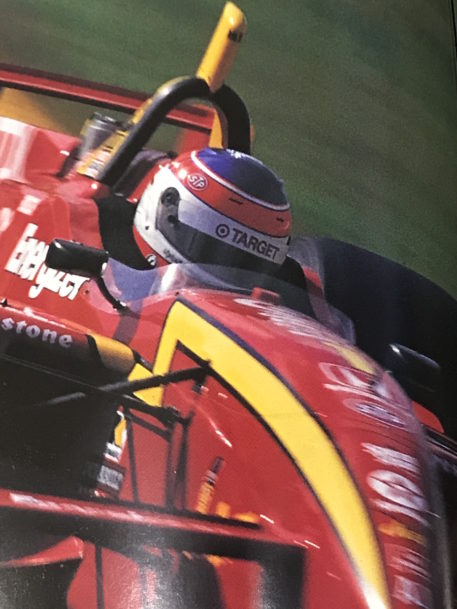 Bell Dominator helmet race-worn by American IndyCar driver Jimmy Vasser during the 1997 CART PPG World Series while driving for Target Chip Ganassi Racing. Entering the season as the reigning CART Champion, Vasser can be seen using this helmet in the season opener at Homestead Miami. Driving for the dominant Ganassi team, Vasser managed to score one victory at Laguna Seca as well as two second and two third-place finishes that season. These impressive results put him 3rd in the championship, with teammate Alex Zanardi eventually becoming the new Champion.

The popular Vasser had ten victories and many podium finishes during his long IndyCar career. He also had stints in NASCAR, Endurance Sportscars, and Stadium truck racing. Since retiring from competitive racing Vasser has become a team owner and won the 2013 Indy 500 with Tony Kanaan at the wheel.

Painted by Troy Lee, this helmet has a wide fluorescent orange band, edged in blue, that runs around the bottom and then bends up at the back to return around the top of helmet. Inside these bands, on both sides, are light blue metallic ‘hot rod flames’ that are edged in red. It has a dark blue metallic crown edged in orange and Vasser’s name appears on both sides, all of  which is overlaid onto the helmet’s white base color.  STP Oil, Timken, and Honda branding logo decals are on the temple and chin areas respectively. On the back of the helmet is a Troy Lee Decal and just under this is Lee’s signature. The dark-tinted visor has a Target/Bell sun strip applied to it.

This great looking helmet, worn by the popular Californian, would make a great addition to any collection.

The helmet comes with a Hall of Fame Collection Certificate Of Authenticity.