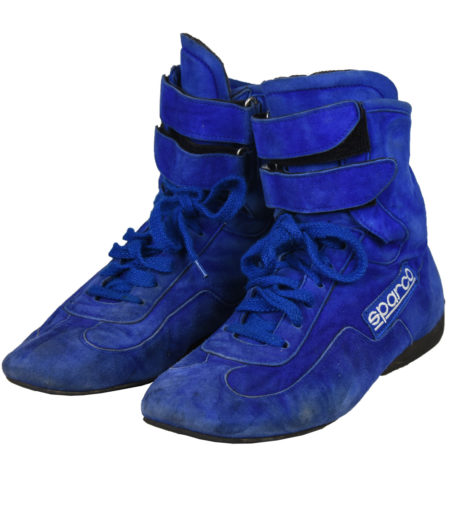 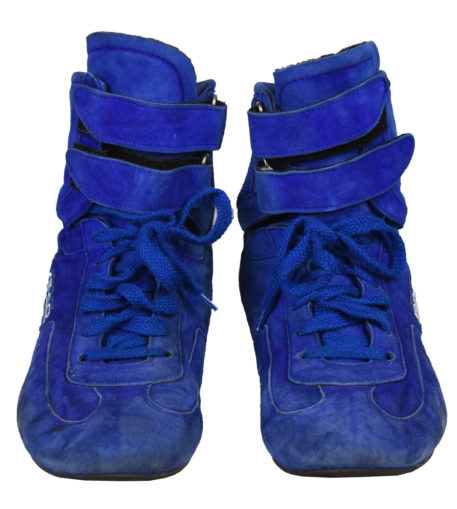 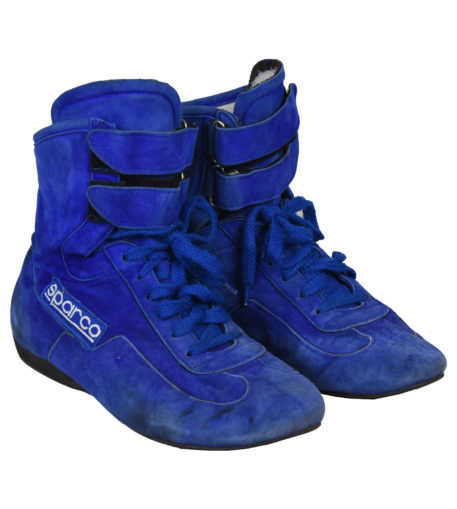 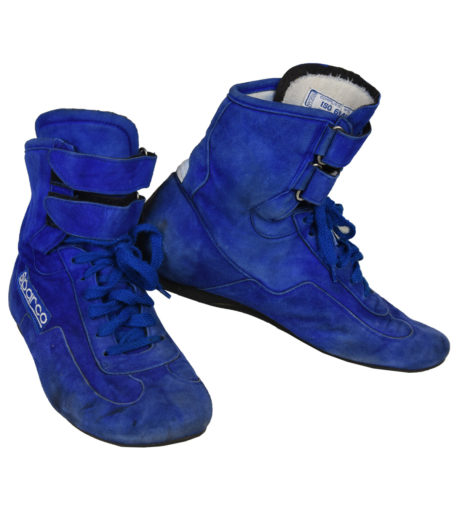 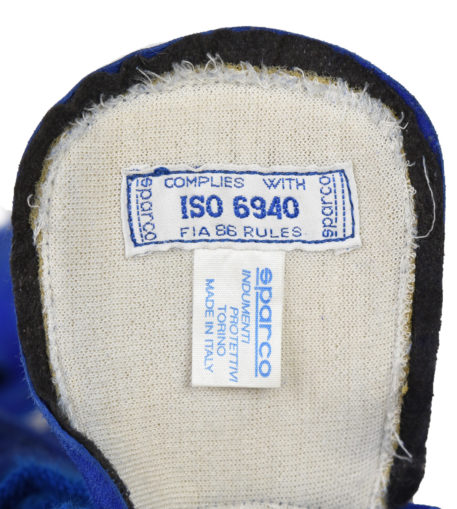 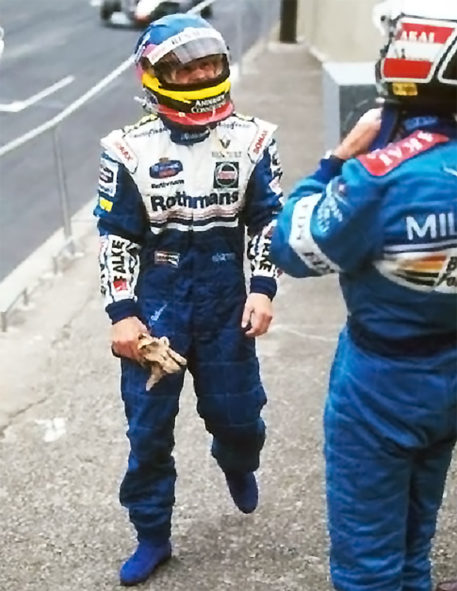 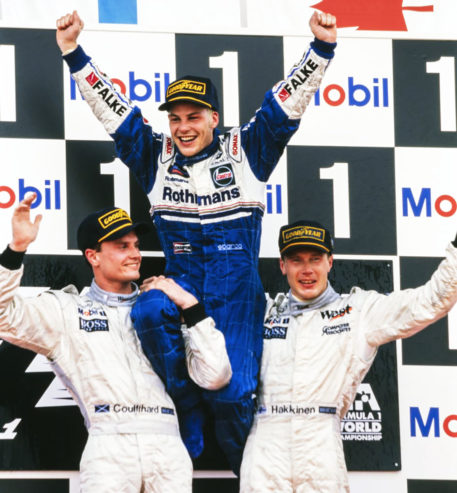 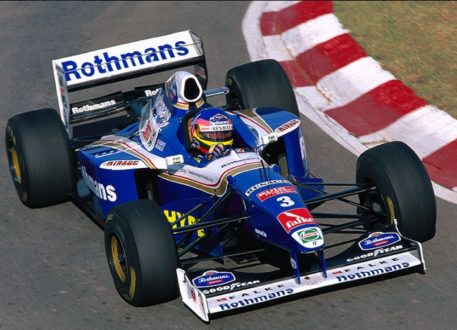 Pair of Sparco race boots worn by Canadian driver Jacques Villeneuve while on his way to winning the 1997 Formula 1 World Drivers’ Championship.

Villeneuve was in his second year with the Rothmans Williams F1 team, after being the Championship runner-up to teammate Damon Hill in 1996. Villeneuve was partnered with new teammate Heinz-Harold Frentzen for the 1997 season.

Although Sir Frank Williams had a strict no-team-leader policy, Frentzen was brought in largely because of his winning ways during his junior career while beating Michael Schumacher. Villeneuve said in a 2018 interview with Hall of Fame Collection’s Darren L. Jack that “Frentzen was brought in as the future World Champion for Williams.”

At season’s end Villeneuve was leading the Drivers’ Championship going into the final round at Jerez, with just one point separating him from rival Michael Schumacher. During the race Schumacher was leading Villeneuve when the French-Canadian made a bold move to the inside. Schumacher aggressively tried to close the door on Villeneuve, but they made contact in the corner and Schumacher’s car got pushed into the left-side gravel pit. Schumacher retired on the spot while Villeneuve sensibly drove on to a third-place finish.

With seven race victories (Frentzen had just one) and scoring points in four of the other races he finished in, Villeneuve would become World Champion. Schumacher was second in points but was disqualified, leaving Frentzen the runner-up on paper.

The blue high-top boots (the style preferred by Villeneuve) show race-wear and have double Velcro fastening straps with Sparco branding on side of each boot. There are white leather Achilles protective sections sewn into each boot.

The boots come directly from Jacques Villeneuve’s personal collection, and he has personally signed each boot on their outer sides in  black marker pen,