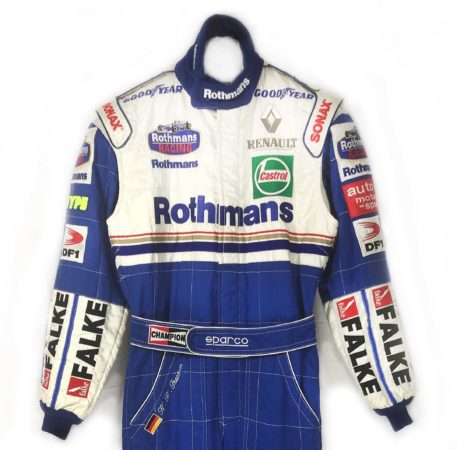 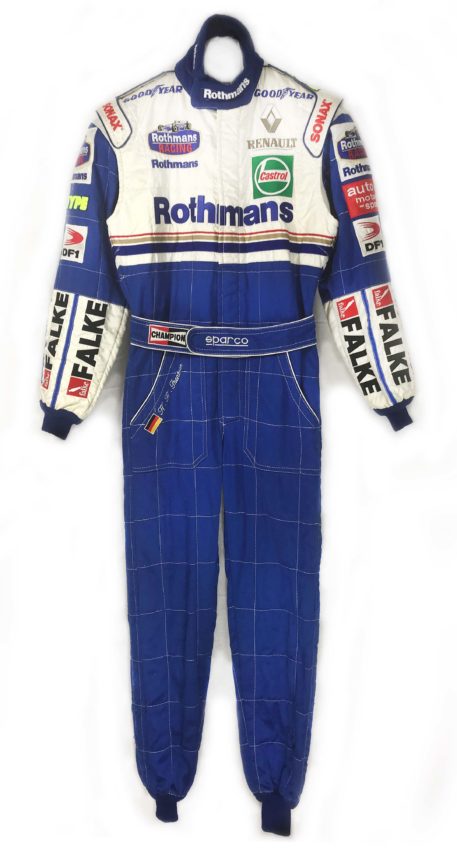 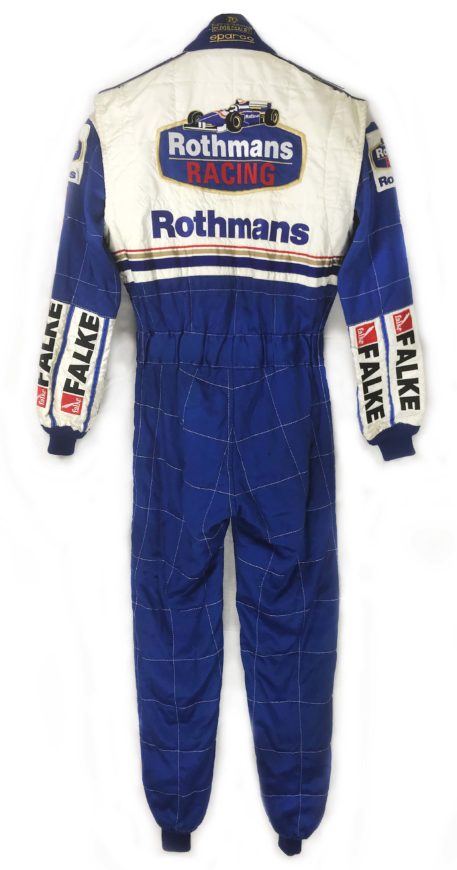 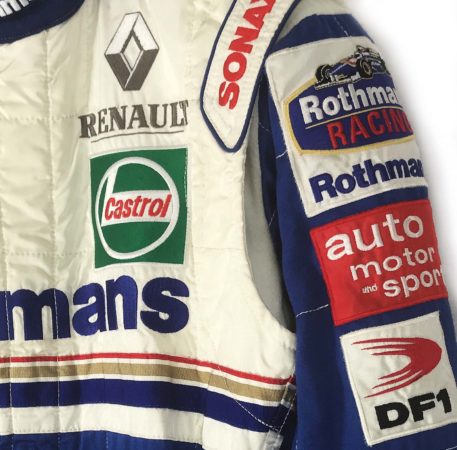 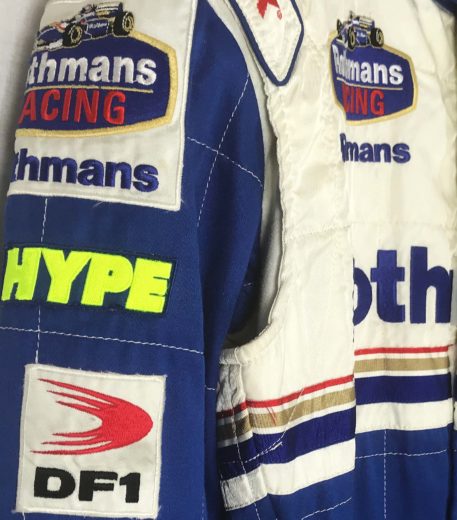 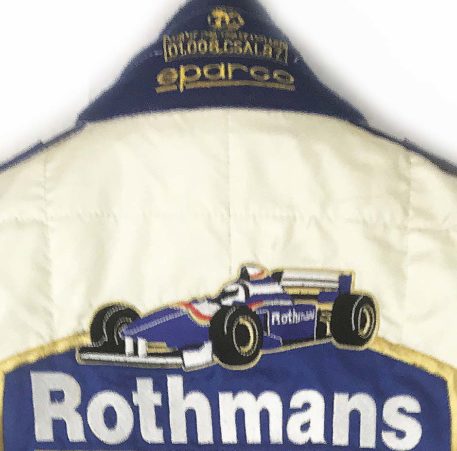 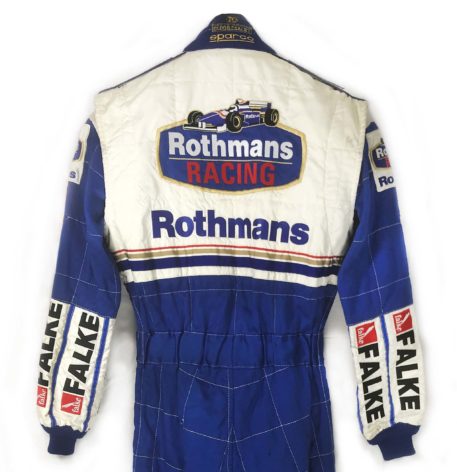 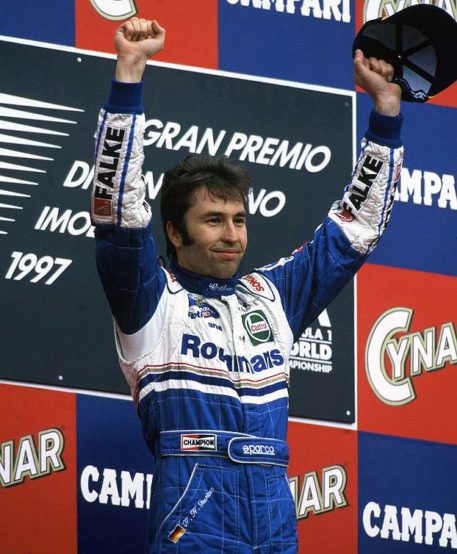 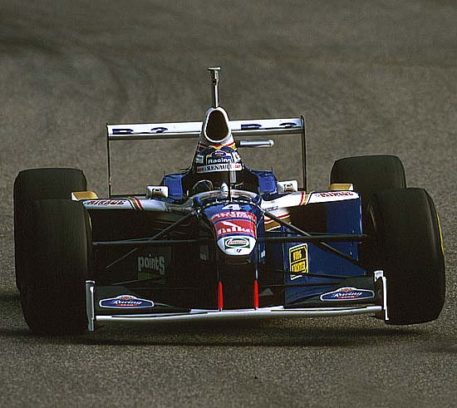 Sparco race-worn suit that was used by German Heinz-Harald Frentzen.

Worn during his highly successful 1997 season while Frentzen was driving the Williams Renault FW19.  He was team mate to newly incoming F1 World Champion Jacques Villeneuve. Frentzen had seven podium finishes that year, including one win, and would see him finish as runner up in the 1997 F1 World Championship.

Great looking full tobacco sponsored Rothmans/Renault/Falke suit, in the blue and white Williams colors of that era. It is believed to have been worn at the Canadian GP in Montreal as well as other races that season.