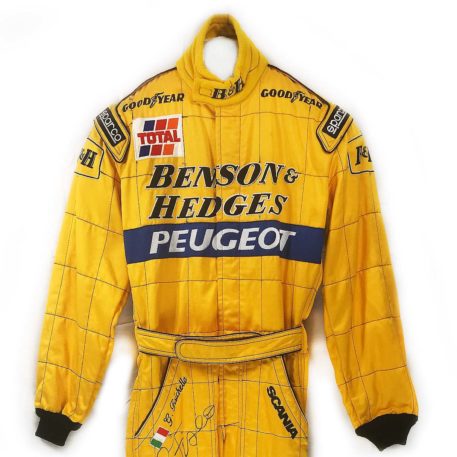 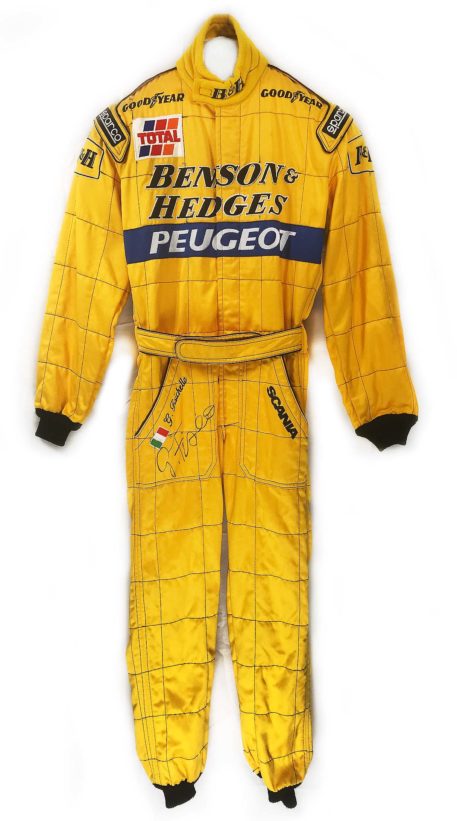 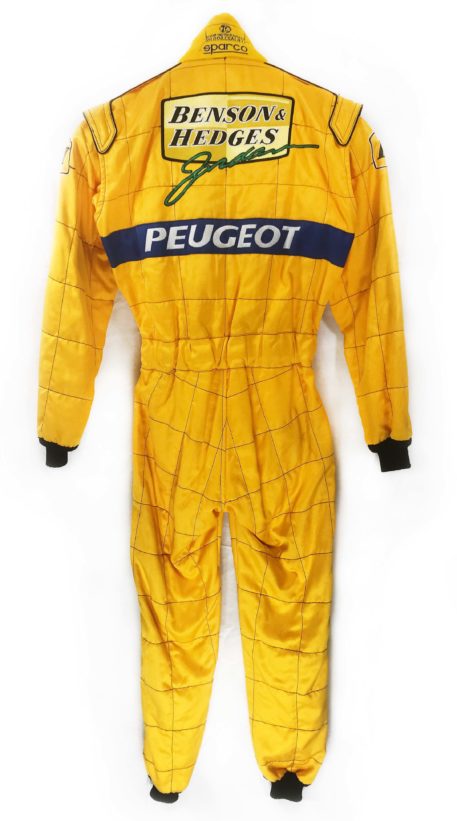 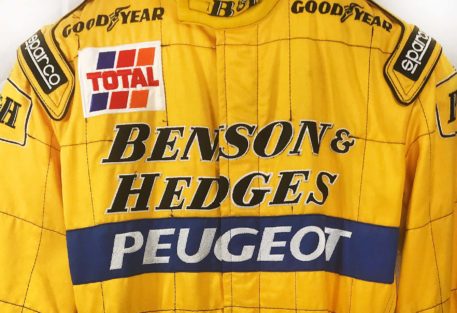 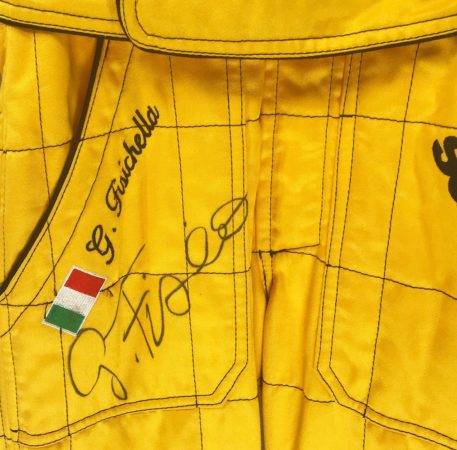 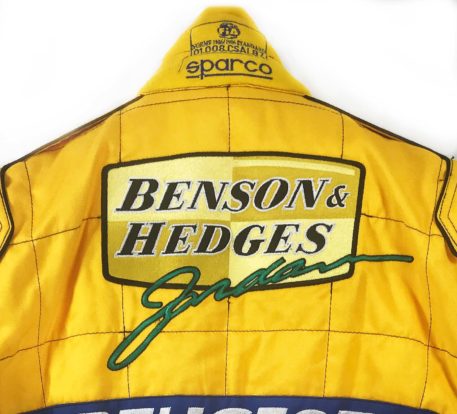 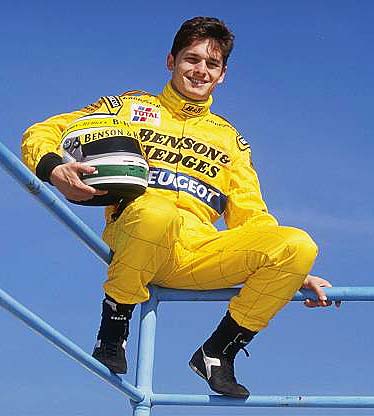 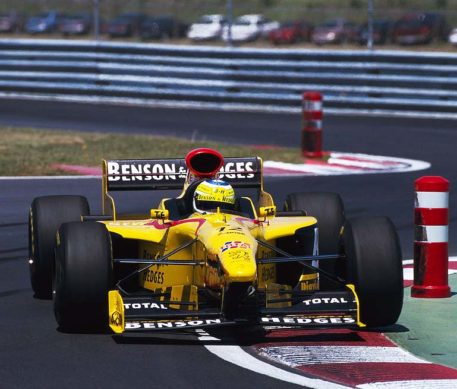 Worn in his first stint with the Jordan team in 1997 where he finished in the top five places six times including two podiums. Fisichella spent fourteen years in Formula 1 winning three times. He is now an accomplished endurance sportscar driver.

This Sparco suit in the Jordan Racing yellow, comes with full Benson and Hedges tobacco sponsorship as main sponsor and engine manufacturer Peugeot emblazoned on the suit