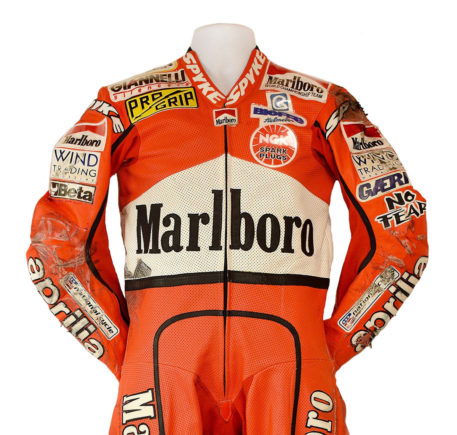 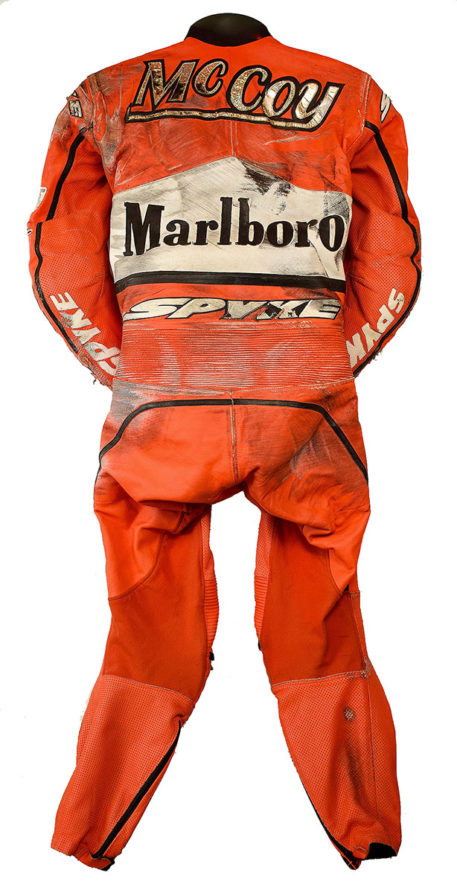 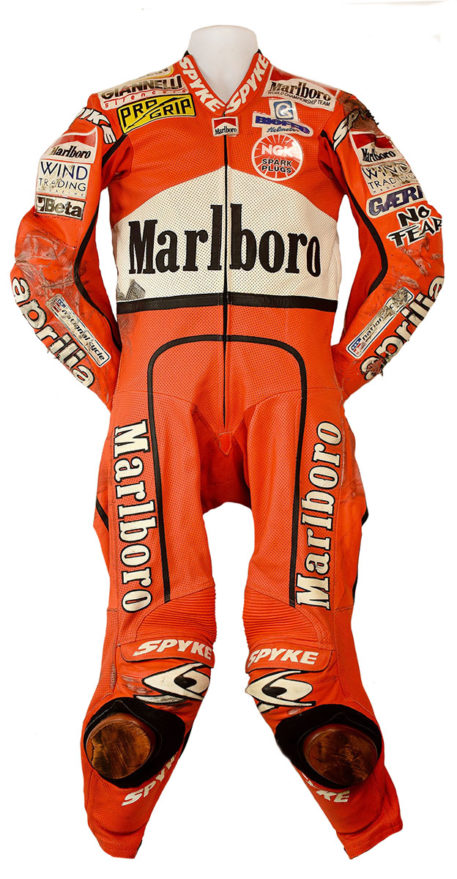 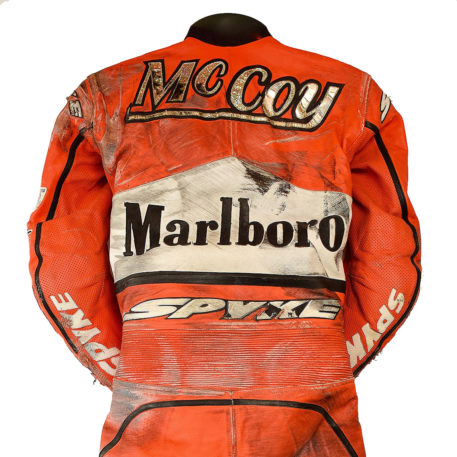 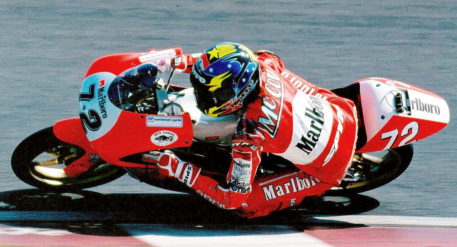 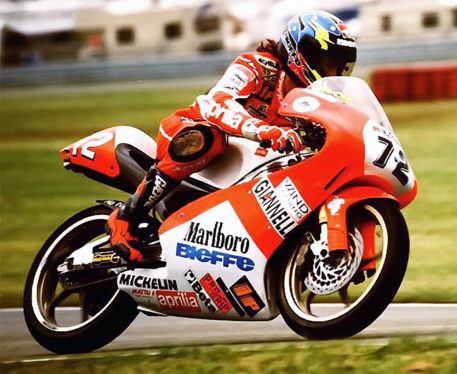 Race-worn leathers from veteran Australian motorcycle racer Garry McCoy. McCoy ran in the 125cc Class for six years before moving up to 500cc in 1998. He then raced in Moto GP before eventually retiring in 2010. During this period McCoy collected 5 Grand Prix victories.

These eye-catching, Marlboro sponsored leathers show all the scars of race combat from the 1997 season when McCoy was riding for Aprilia in the 125cc Class.

These are sure to stand out in anyone’s collection and, with the leather’s tobacco branding,  make the set that much more desirable.

The racing leathers come with a full Certificate Of Authenticity.