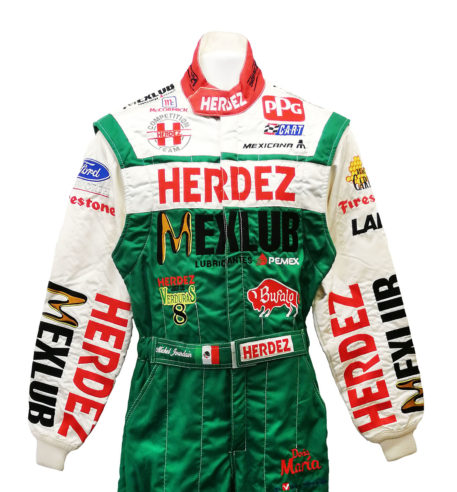 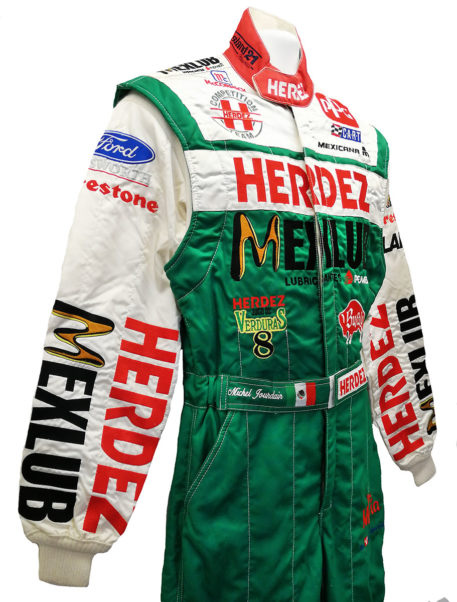 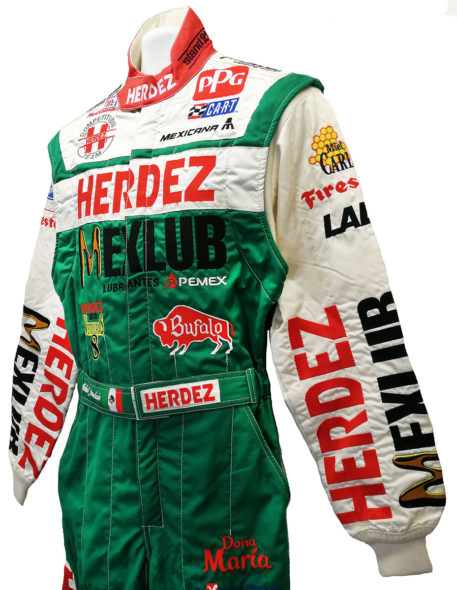 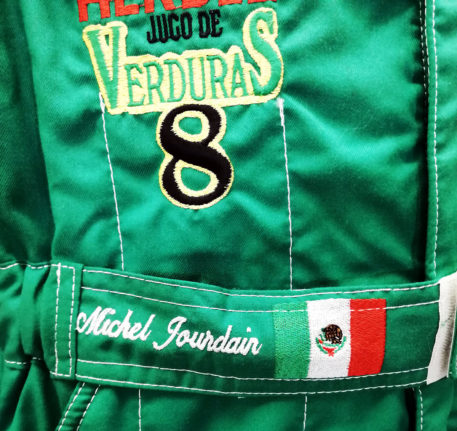 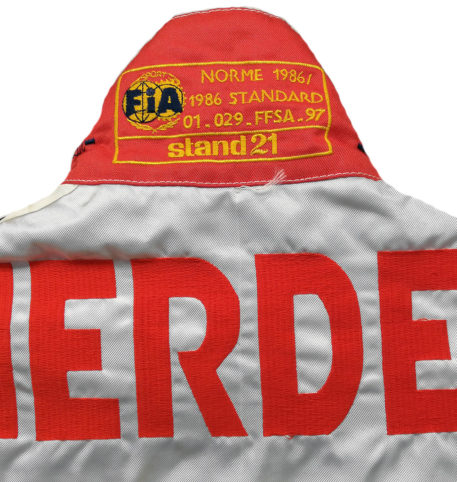 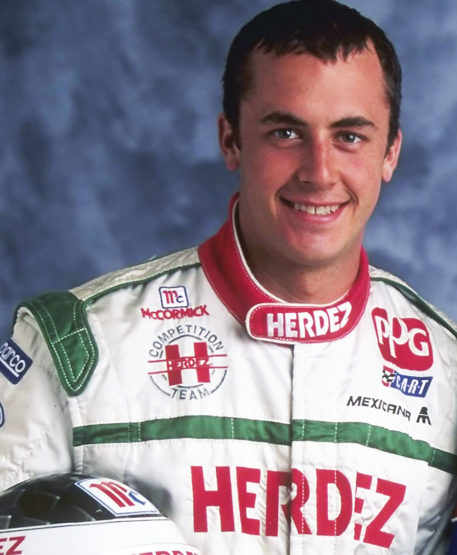 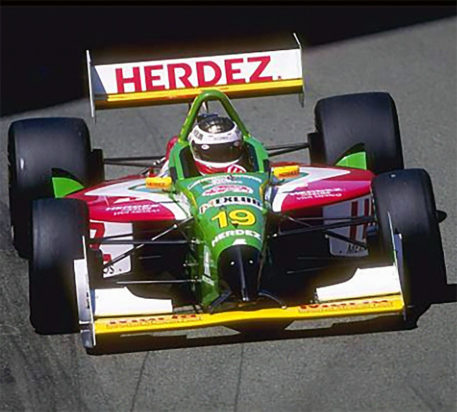 Race suit worn by Mexican driver Michel Jourdain Jr. Worn while driving for the Payton Coyne Racing team during the 1997/98 CART IndyCar seasons. A multi-disciplined racer, Michel has driven in Indy, Rally, Touring cars and NASCAR during his career.

This Stand 21 suit is in the green and white colors of Jourdain Jr.’s major Mexican sponsor Herdez Foods. And it is their red-lettered branding that features prominently on the suit along with fellow sponsor Mexlub. Other sponsor/suppliers logos are embroidered on to the suit including Bufalo, Dona Maria and Ford to name just a few. Jourdain Jr.’s name and national flag are embroidered to the suit waist belt.

This suit would be a stand out addition to any collection and comes with a full Certificate of Authenticity.