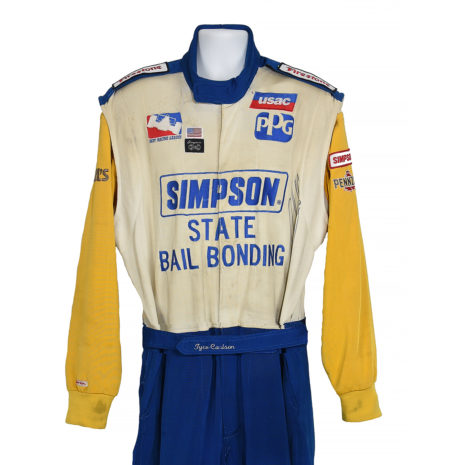 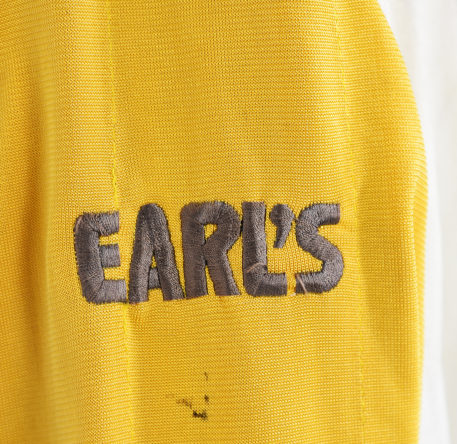 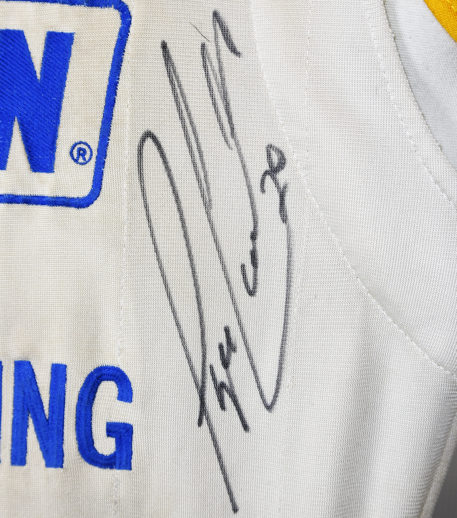 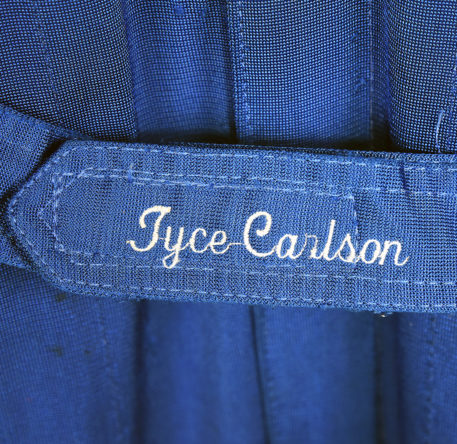 Simpson race suit used by American driver Tyce Carlson. It was worn during practice sessions in his first attempt to qualify for the 1996 Indianapolis 500 which was to also be his very first IndyCar race. Driving for Loop Hole Racing he passed his rookie test as a replacement driver for the injured Danny Drinan. He then switched to Butch Brickell’s Brickell Racing Lola machine to try and make the starting line up on qualifying day. Unfortunately, Carlson’s 221.201 mph speed was fractionally short of what was needed to qualify.

The white, yellow, and blue suit has Carlson’s personal sponsor State Bail Bonding lettering in blue across the white torso. Above this is race suit manufacture Simpson’s lettered branding, which also appears on the back of the suit. Embroidered to the chest are Indy Racing League, USCA, and PPG logos and on both yellow arms are Pennzoil, Simpson (left), and Earls Race Fittings (right) branding logos. Carlson’s name is embroidered on to the waist belt and he has personally signed the suit on the left side of the torso.